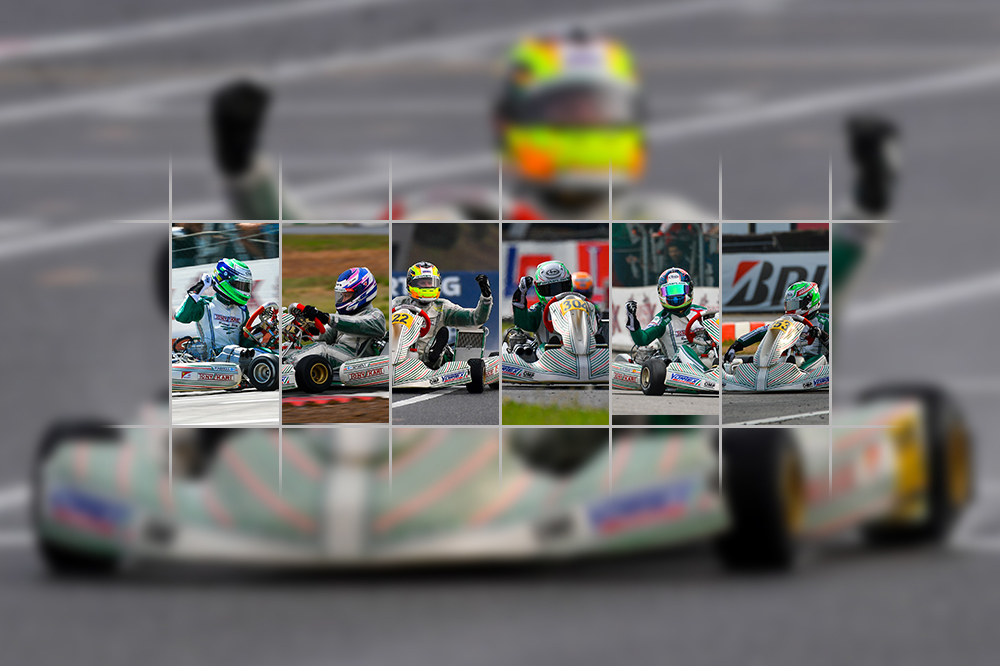 It’s time to take stock for the Tony Kart Racing Team, after an intense competitive season which is repaying all our undertaking and efforts with excellent results on the track. Above all, of course, the FIA Karting World Championship title won in the OK class. Not a “simple” world championship, but a historic triple win where we dominate the scene in the most important race of the season. But let’s go in order.

The season is starting in the best way with the Racing Team taking part in the first round of the WSK Super Master Series in Adria with a rich line-up in every category. Great results are arriving soon, with Pedro Hiltbrand immediately climbing the podium and reaching the first step in the OK category. In the following three rounds, the Tony Kart Racing Team drivers are playing an absolute leading role with the victories gained by Joseph Turney and Simo Puhakka and other great positions that give the Finn the victory of the series in the KZ2 class and the Englishman the second place in the OK class. Also during the following WSK Euro Series, staged over the lockdown phases, we once again conquer the victory thanks to Alfio Spina, gaining the title in the series in the OKJ category. Turney is third in the championship in the OK category.

As mentioned, the most important result is arriving in November on the occasion of the FIA Karting World Championship, on the Portimao circuit where the Tony Kart Racing Team is the author of a historic triple win with Callum Bradshaw, who is crowned world champion in the OK category, followed by his teammates Joe Turney and Pedro Hiltbrand. A historic result indeed, the result of a race weekend always at the top, despite the changing weather conditions that allowed us to express our full potential both in dry and wet conditions.

Our Tuukka Taponen is completing an excellent world championship by conquering the second place overall in the World Championship dedicated to the OKJ category. But that’s not all, as the Tony Kart Racing Team is playing a leading role in the FIA Karting European Championship with Joe Turney, Tuukka Taponen and Simo Puhakka winning the bronze medal in the championship in the OK, OKJ and KZ categories, respectively.

Now it’s time for a short break, before returning to the track in early 2021