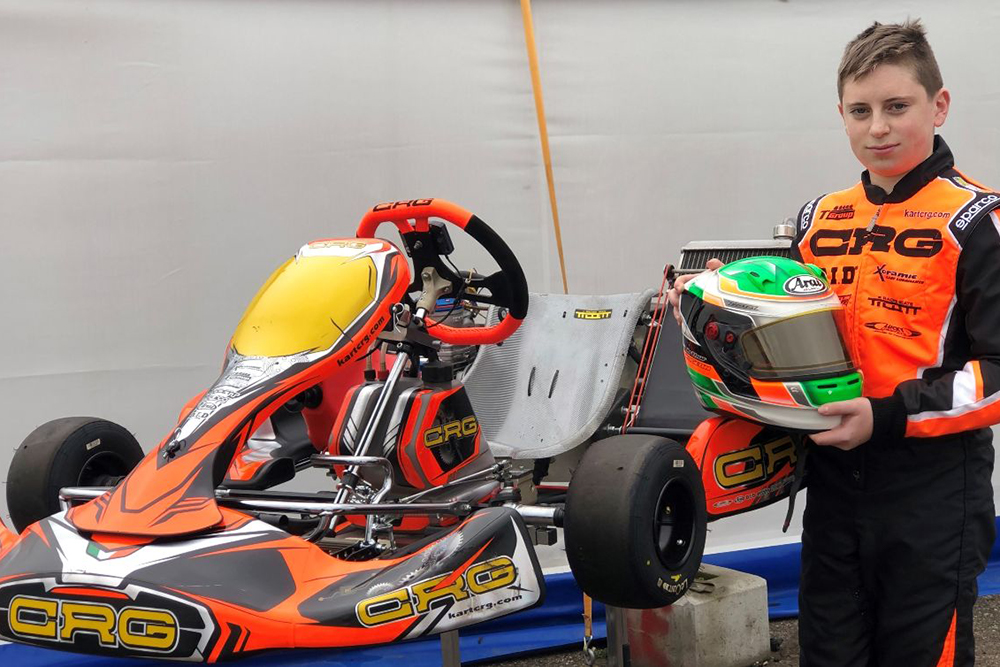 CRG is pleased to announce the agreement with the French driver Arthur Rogeon, who will join the CRG Racing Team in the main races of the OK category in the 2021 season.

Arthur was born in Cholet in the Loire region in September 2006 and has already gained significant experience in both National and International Karting. He started racing in 2017 in the Cadet category where he achieved the 3rd place in the French Cup and the 6th place in the National Championship. In 2018 he made his debut in OK Junior by winning the Ayrton Senna Trophy in Sarno, Italy, and he also run a program in the Rotax Junior achieving many important results in France, such as winning the Challenge Normand in Essay and the 3rd place in the Championnat Star of Karting and in the Championnat Régional «Ile De France». In 2019 in OK Junior he achieved the 5th place in the French Championship, while in last season he took part in the most important international competitions obtaining several top 3 placements in the heats and closing the Champions of the Future in 12th place.

Arthur’s program for 2021 will include the transition to the OK category and will include the FIA European and World Championships, the Champions of the Future series and some WSK races. His goal is to gain experience in the most important category of Karting and then aim for important results in 2022, as he explains: “We chose to join CRG because it is one of the best teams ever in Karting, it boasts an incredible palmares, technical know-how and experience to win races as demonstrated with many champions who then went to motor racing. My goal for 2021 is above all to learn as much as possible, thanks to the support of the team’s technicians and gain experience to aim to win in 2022, when we will also consider a possible double commitment with the KZ category. Later I would like to move on to motoring, but now the focus is 100% on Karting and on this new phase of my career which will start with the tests in January and the first races in February.”