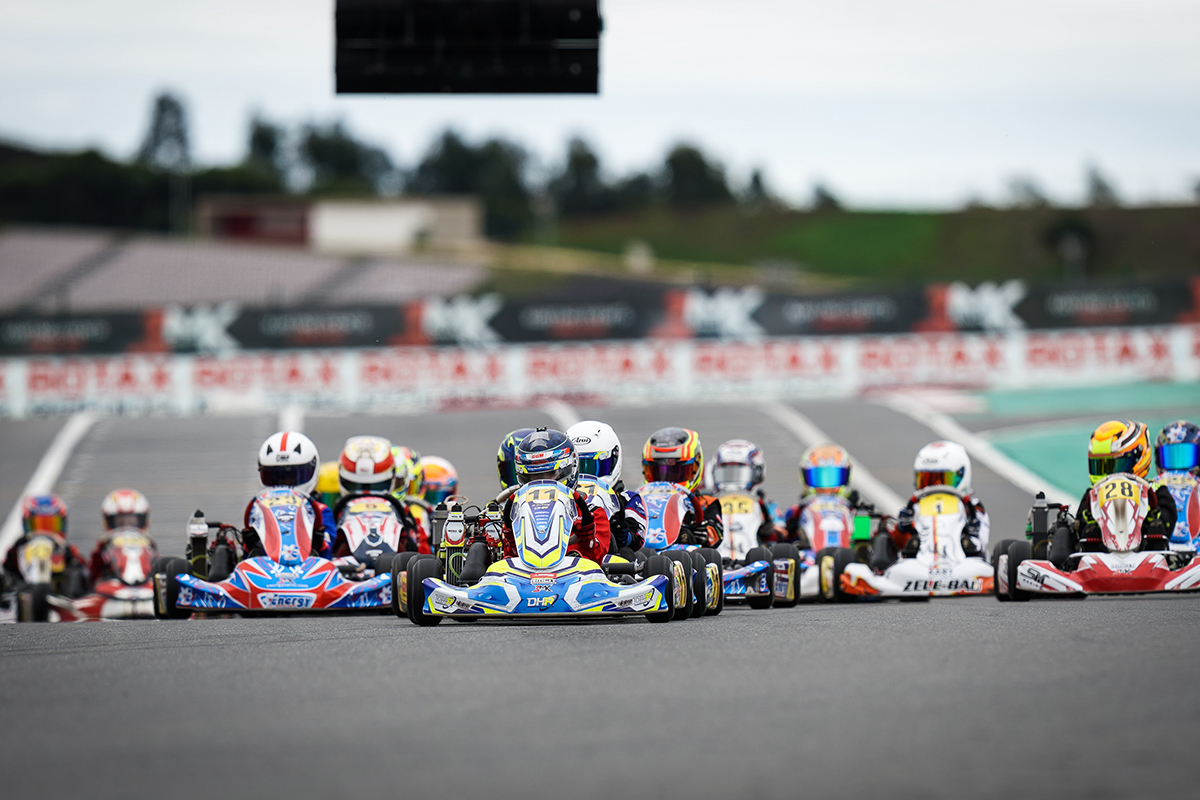 The last day of the 2020 Rotax MAX Challenge International Trophy was rich in spectacle and twists on the Kartódromo Internacional do Algarve. Fought at 100% intensity on a dry track and in mixed conditions, the Finals showed the extraordinary competitiveness of the Rotax categories with top level participants coming from all over the world, despite a not particularly favourable health situation, before rewarding the big winners.

Neither the rainy weather nor the infection-control constraints affected the morale of the 229 drivers from 34 nationalities who converged on southern Portugal to take part in the second edition of the Rotax MAX Challenge International Trophy from 8th to 13th December, 2020. BRP-Rotax and 3MK Events would like to thank them for their presence and enthusiasm and look forward to seeing them in August 2021 in Le Mans.

Micro: Lebanon in the spotlight with Feghali

Mini: a convincing victory for Skjelten 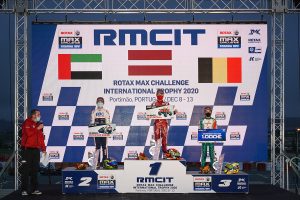 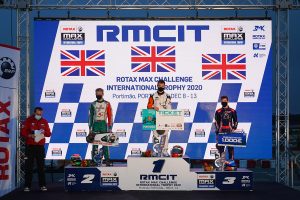 Starting on a dry track, the Junior Final saw some close battles and twists and turns. Freddie Spindlow (GBR – Kosmic – KR Sport) led the early part of the race until Daniel Guinchard (GBR – KR – Argenti Motorsport) took the lead on lap 4. When the rain appeared, 11 laps had been covered and the Race Director was able to wave the red flag on the next lap to avoid incidents with slick tyres on a very slippery track. Behind Guinchard, Aaron Walker (GBR – Tony Kart – Strawberry Racing) was able to take advantage of his incredible comeback from 22nd to 2nd position, whereas William Macintyre (GBR – Kosmic – KR Sport) had regained nine places to 3rd place.

Canadian Alex Berg nearly missed qualifying for the A Group after the heat races, and placed 8th in the B Final.

Senior: Porter takes the victory on the last lap 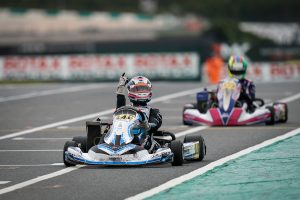 After winning the Prefinal, Morgan Porter (GBR – KR – Argenti Motorsport) also took the victory in the Final. But things weren’t easy on Sunday afternoon. After a short rain shower, the choice of suitable tyres divided the drivers. Although slicks were ultimately the best option, the grip remained limited in some places and the race was very animated with at least six different leaders and many passes. Rhys Hunter (GBR – FA Kart – DHR) was in the lead for the first two laps, then Porter briefly took the lead before being overtaken by Mark Kimber (GBR – Tony Kart – Strawberry Racing). Kai Hunter (GBR – Tony Kart – DHR) then interrupted the domination of Kimber who came back to 1st place. A very intense last lap allowed Porter to take the victory by 4 tenths ahead of Sean Butcher (GBR – Kosmic – KR Sport), while Kimber took 3rd place.

Canadian Jason Leung improved in the B Final, driving up to 13th.

DD2: Przybylak finds his way back to success 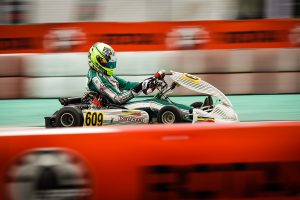 After having been dominated in the Prefinal, Xander Przybylak (BEL – Tony Kart – Bouvin Power) took back the lead in the Final of the DD2 category. He took over from Paolo Besancenez (FRA – Sodi) after several front row battles on the fourth lap. He then had to maintain a good pace in order not to fall under threat from Petr Bezel (CZE – Sodi – KSCA Sodi Europe). For a long time 3rd, Xen De Ruwe (SVN – Intrepid – SSC Sportstil) couldn’t resist an attack from Besancenez on the last lap.

Grube dominates to the end in DD2 Masters 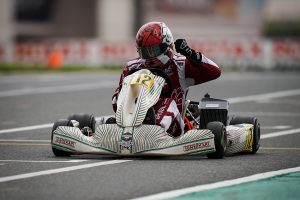 Leader of the Qualifying Heats and winner of the Prefinal, Henrijs Grube (LVA – Exprit – Team Victoria) progressively detached himself from his opponents to take a clear Final victory with more than 3,5″ of advantage. Romain Mangé (FRA – Tony Kart) was in 2nd position since the first lap, and Slawomir Muranski (POL – Tony Kart – 46 Team) had to overtake Thierry De Jong (NLD – Kosmic) to take 3rd place.

Find the complete results on the official website https://rmcit.3mkevents.com.