Tony Kart Lays the Foundations for 2021 in Adria 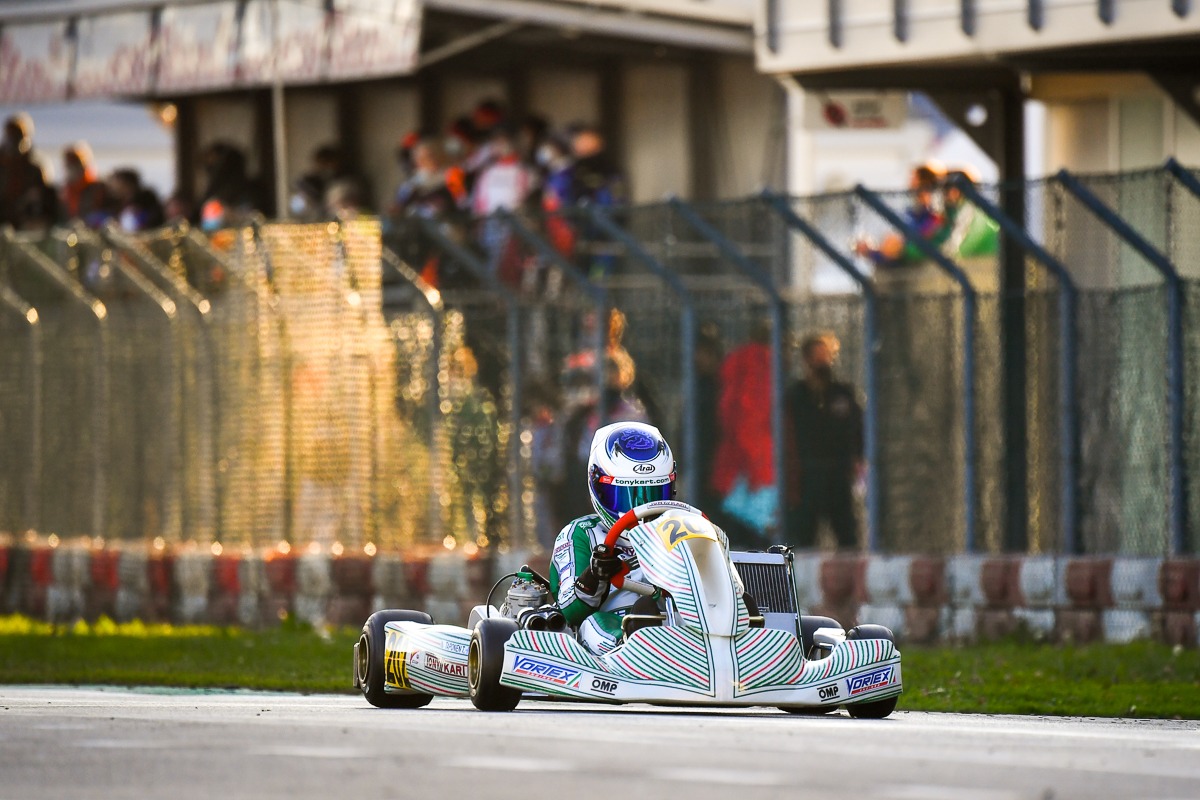 At the WSK Open Cup, a big part of the drivers in our line-up makes a qualitative leap and immediately gets excellent results.

Also on the occasion of the last official appointment of the 2020 season, our Racing Team is getting excellent results, back from the 5 racing days in a row of the WSK Open Cup. With two rounds held in one week, the appointment at the Adria Karting Raceway proves to be the perfect test bench for our drivers coming from Junior and dealing with this new challenge to make a step forward, as always at the wheel of the Tony Kart Racer 401 R powered by Vortex.

In OK we attend an excellent début by Tuukka Taponen, protagonist of a third place in the final of the second round and author of two excellent performances in the pre-finals, ending second and eighth after a recovery of nine positions. Only an unlucky withdrawal in the first final deprives Taponen from getting a prestigious result in the championship ranking, where he ends very close to the podium. In the two decisive races, Alfio Spina and Bruno Del Pino, both rookies like Taponen, get a top-ten each, with Bruno able to recover 8 positions in the first final and 10 in the second.With Tony Kart-Vortex material, also Norton Andreasson of Ward Racing, celebrates his second place in the championship thanks to the second and third position obtained in the 2 decisive races.

In OKJ, great début in the category for James Egozi, managing to win a Heat in the first round after an excellent qualifying ended with the third time of his session. In the pre-final, moreover, Egozi crosses the finish line in third place recovering 4 positions, while in the final of round 1 he hits his first top 10 in OKJ. Our Harley Keeble, on the other hand, confirms himself once again among the fastest on the grid, finishing seventh at the end of the Qualifying Heats of the first round, where he centres a best lap, and crossing the finish line always in the top ten in both Prefinals. Despite a penalty obtained at the end of the pre-final of the 1st round that forces him to start from the thirtieth place in the final, the Englishman completes an excellent comeback of 23 positions and ends seventh.

In the MINI, our new entry Cristian Costoya quickly becomes familiar with the 2020 Rookie by centring three best laps in the Qualifying Heats of the second round and one in the Prefinal of the first round, before crossing the finish line in the top ten in the second final. In the same race, a great comeback carried out by Jimmy Helias, who recovers eight positions, while Jules Caranta is the best of the three at the finish line of the final valid for the first round.

With the WSK Open Cup the curtain falls also on the 2020 international season of the Tony Kart Racing Team. An intense and successful year that allows us to look forward to the new challenges we will be facing in 2021.