Third Annual SimCraft 24 Hours Heads to the Bayou for 2021 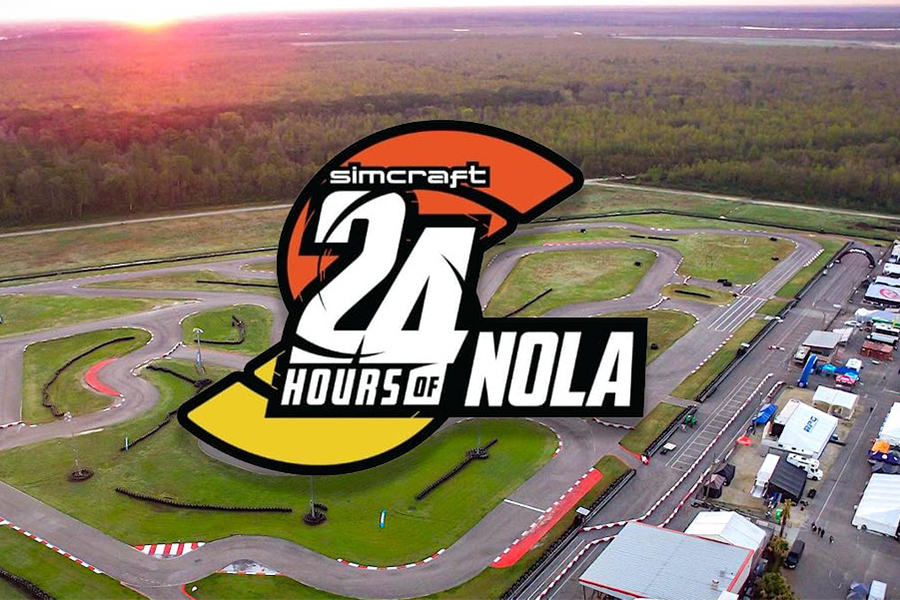 PMG Promotions is very excited to announce the SimCraft 24 Hours of NOLA for 2021. PMG will partner the third year for the 24-hour karting event with the team at NOLA Motorsports in Avondale, New Orleans on November 11-14, 2021.  The state-of-the-art karting facility will give competitors plenty of challenges over the 16 turn, 0.95-mile layout. The large, paved paddock will provide teams the ability to park their RVs right alongside their trailer or tent as well as giving the event room to host over 50 teams. Finally, the long 800-foot pit road will allow teams to have ‘hot pits’ where you can drive your kart directly into your box for service.

“Two weeks back, we sent an email to our team captains from 2019/2020. We wanted to let them know that NOLA will be the home for 2021 of the SimCraft 24hr,” stated TJ Halsema of PMG Promotions. “From that, we’ve received letters of intent from 33 entries to come and race again!”

Returning in 2021 is the continuation of a great partnership with SimCraft. The SimCraft team has been the biggest supporter of the PMG endurance events and were one of the main driving forces behind the inaugural race in 2019. This season, SimCraft’s real world racing customers have brought home 91 wins, 2 team championships, 7 driver champions, 187 podium finishes and 5 vice-championships. They are excited to be able to showcase their multi-axis karting sim at the SimCraft 24 Hours of NOLA as the track exists in several digital packages.

In the 2020 event, SimCraft hosted a driver development team captained by NOLASport driver Jason Hart with kart racers Scott ‘Skitchy’ Barnes, Alex Mayer, Steven Killsdonk and David Selly completing the lineup. The team brought home 2nd in Masters and 7th overall. In another example of SimCraft’s commitment to driver development, they brought on Skip Barber to award a 5-Day Skip Barber Racing Program certificate to the best of the 4 drivers who could adapt and excel to the feedback provided across several different Skip Barber cars in the SimCraft A6 professional racing simulator.

Also returning in 2021 will be the steady hand behind race control with the USAC Karting team of Mike Burrell, Jason Burgess and Rick Fulks. Their seasoned input the last two editions of the SimCraft 24 has given competitors calm in an area that give many competitors sleepless nights – the rules and how they will be administered.

“The event team is working on several scenarios which will see the entry fees staying the same as the 2020 event in Orlando. We are looking forward to the continued growth of the SimCraft endurance series and seeing how our teams tackle a new venue that not many racers get a chance to drive on a weekly basis,” added Halsema.

Several factors went into moving the event away from the Orlando Kart Center, home of the first two editions of the SimCraft 24 Hours. COVID resurgence and scheduling conflicts have forced the push away from the standard late winter timeslot. The Orlando facility remains on the radar for PMG for a return in 2022 as part of the endurance schedule.

PMG is looking forward to seeing you all again in 2021 at the track. If you have any questions you can reach out to TJ via email TJ@24hrsofNOLA.com and make sure to follow them on Facebook (SimCraft24).