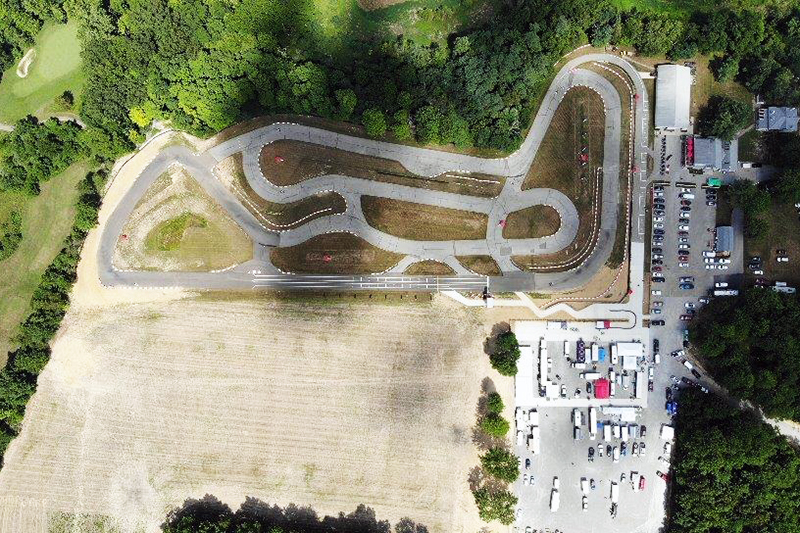 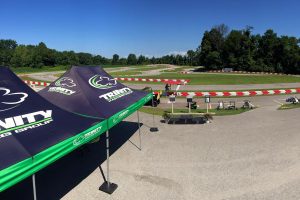 Motorsports Country Club of Cincinnati is the home of TKG (Photo: MCC)

The state of Ohio is strong when it comes to the grassroots level of our sport. A long list of racing circuits host karters throughout the spring, summer and fall seasons to help provide an outlet for those searching to fulfill their need for speed. One of the newest to join the party is the Motorsports Country Club of Cincinnati. Opened in the spring of 2007, the Batavia, Ohio facility is located 30 miles east from downtown Cincinnati and was originally constructed by several Porsche enthusiasts as a private country club.

Shawn and Michele Bayliff of Trinity Karting Group along with Greg and Emily Hehemann took over ownership of the facility at the beginning of the 2020 season and, since then, a number of renovation projects have taken place to welcome racers from outside of the club.

The updates have been completed around the entire facility, beginning with a new scoring tower and flag stand that includes updated scoring hardware and loops for the track. An updated pit in and pit out was implemented to help in hosting larger events, along with the construction of fencing surrounding the track. The paddock area was also expanded and new paths were laid down. Around the clubhouse, a new show room and registration area was constructed, in addition to now 160 seats available. 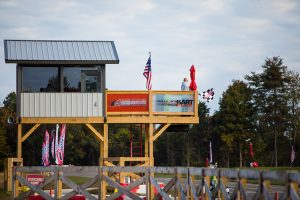 “What a crazy year,” stated Shawn Bayliff of the Motorsports Country Club of Cincinnati. “We started off a little slow due to the pandemic but finished strong with some fantastic track days and awesome race events. The new safety improvements and parking expansion have been successful in creating a great start to the future of racing at the club and we are excited to be adding more competition races to the 2021 schedule!

Those updates allowed for the Stars Championship Series to visit the MCC facility on the July 10-12 weekend. Nearly 70 drivers took part in the event, but it was the first showcase of the MCC facility to drivers and teams from outside the southwest Ohio area. The success of the event with the Stars program is helping to build momentum for next year, as multiple programs are set to visit MCC in 2021.

The backbone of what will not only allow a place for racers to compete, but also help introduce new karters to the sport was the establishment of the ProAm Karting Championship at MCC. Pre-COVID, the program was set for six races over a seven-month period. Due to the pandemic and continued renovations, the series began in late August and wrapped up with the fourth round on October 31. The class structure is based around the IAME platform with X30, KA100 and Swift divisions offered along with the growing Margay Ignite Karting divisions for Junior, Senior and Masters. Kid Karts and non-spec Briggs 206 categories were added as the season moved on. In total, 55 different racers competed over the four rounds, establishing a great base of competitors to move forward with the new program. 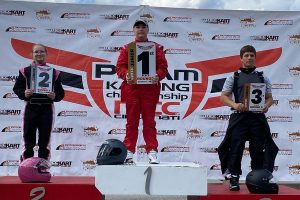 “Our MCC ProAm Championship Events were a hit with some great attendance, and our best turnout ever for the end-of-season Chili Cook-Off,” added Bayliff. “Congratulations to all our winning ProAm drivers and thanks to everyone who made it out to compete, it was a fantastic start to a great series and we are looking forward to larger crowds next season!”

Here are the champions from the 2020 ProAm Karting Championship: 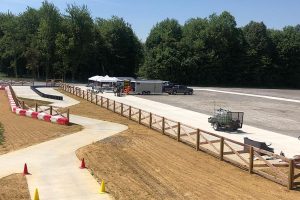 The updates to the facility will continue, and are already underway. The facility has expanded by 26 acres, purchasing land adjacent to the grounds. This will provide the opportunity to expand the race track itself, by roughly 6/10 of a mile more. Layout will begin in the Spring 2021 with paving set for the summer months. The current layouts will receive new pavement at the end of 2021. The paddock is set to expand as well, with roughly 200 pit spots to be established. Add in the new fleet of CRG Centurion rental karts, the Motorsports Country Club of Cincinnati is quickly establishing itself as the premier karting circuit in the Ohio/Kentucky region.

Bayliff commented, “This fall and winter we are going to be utilizing all of the decent weather left to work on track expansion and maintenance, making room for larger events and an even better track experience. Projects are already underway so unfortunately; we are officially closed for the season.”

The ProAm Karting Championship is set to return for 2021 with a six-race schedule. The Stars Championship Series has already committed to returning in 2021, setting the date of July 23-25 for the third of four events in that program. Working with the promoters of the Route 66 Sprint Series, a KA-LO Nationals has also been confirmed for June 4-6. The event will feature the IAME KA100 and Briggs & Stratton 206 powerplants. While not confirmed yet, there is talk of the Buckeye Karting Challenge also visiting the MCC facility in 2021.

“We have many exciting things in the works for 2021. Thank you for a fantastic season, we look forward to seeing everyone in the spring!” 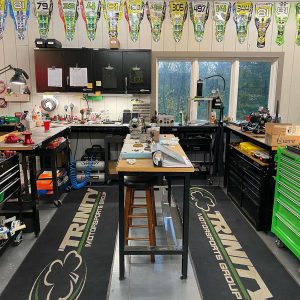 Bookmark the following to keep up with the updates and news of the Motorsports Country Club of Cincinnati and the ProAm Karting Championship.