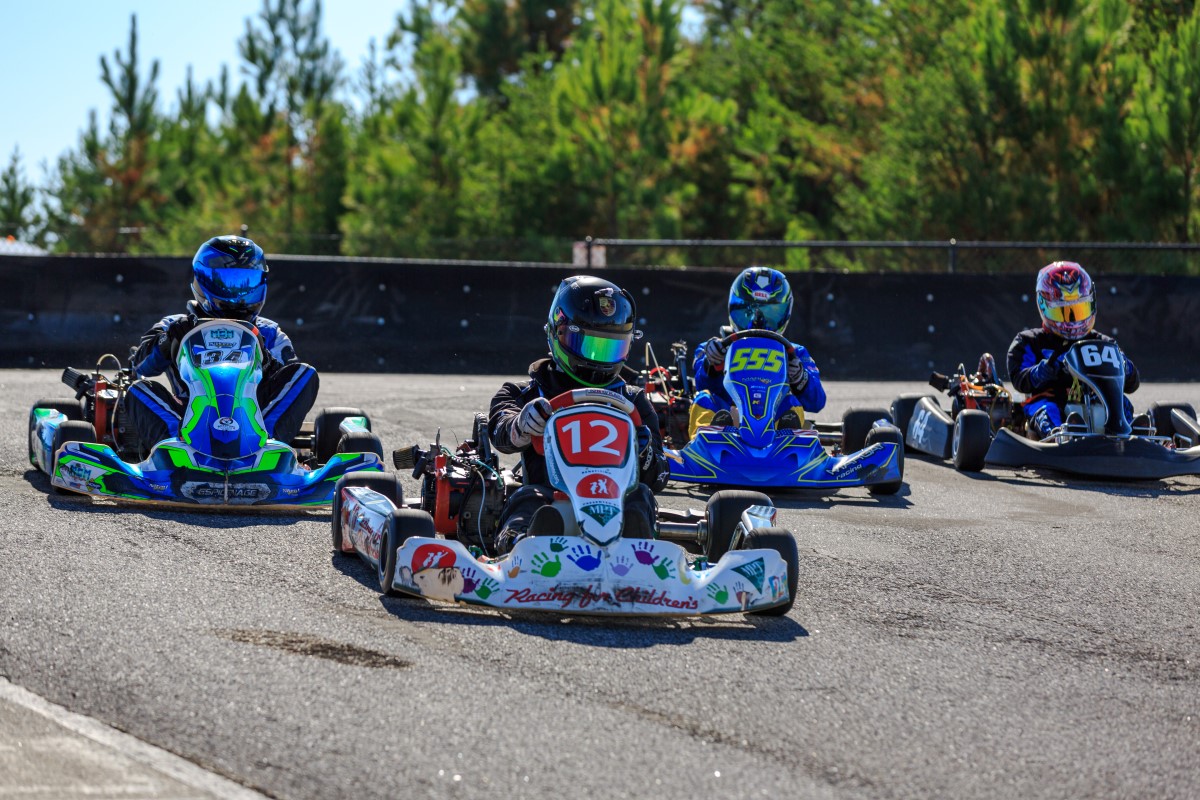 Alyssa Vascocu started on pole and maintained the lead on the opening lap while Logan Buice passed Kai Mars for second on the opening lap. On lap three Buice spun at turn two, taking him out of contention for the win while Oliver Piatek overtook Mars on the same lap to move into second. Piatek took the lead on lap three but Vascocu didn’t lose touch and continued to pressure the new race leader.

Vascocu stayed glued to Piatek’s bumper waiting for an opportunity to make a move for the lead. Mars was right behind Vascocu creating a three-way fight for the lead. On the final lap, Vascocu tried a last-ditch effort to pass Piatek through the final corner but fell short by  tenths of a second.

Erik Evans started on pole and quickly disappeared out front with Leonardo Oliveira several seconds behind. Raiden Nichol led the junior class in the opening stages while Mateo Rubio-Luengo played catch-up after starting towards the back for not following track limits in the prefinal. Evans cruised to the win in the senior class ahead of Oliveira and James Long taking the other two spots on the podium.

In the junior class, Rubio-Luengo managed to catch Nichol with a dive down the inside of turn two and go on to win. In the master class, Jose Garcia won followed by Steve Frank and Craig Foster.

Evans (Senior) started on pole with Rubio-Luengo (Junior) and Nichol (Junior) behind and the top three quickly created a gap over the rest of the field as they fought for the win. On the first lap, Rubio-Luengo and Evans were already battling back and forth for the lead and they continued to scrap for the majority of the race. With seven laps remaining, Nichol joined in on the action and passed Rubio-Luengo for second after Evans retook the lead coming out of the final corner. Rubio-Luengo regained second on the next lap and continued to battle with Evans for the lead.

On the final lap, Rubio-Luengo bumped Evans at the bottom of turn two but both drivers were able to stay pointed in the right direction. Rubio-Luengo went side by side with Evans through turn nine, costing both drivers time, allowing Nichol to pass both drivers and move into the lead with half a lap remaining. Nichol stayed ahead and won, leading only the final lap. Evans finished second overall but first in his class and Rubio-Luengo finished third before being disqualified after the race.

Daniel May started on the pole and quickly opened up a safe gap over Felix McAleer. Cantrell who started last passed John McAleer while May continued to extend his advantage in first. Cantrell continued to charge through the field and pass Felix for second. He quickly cut into May’s lead and made the move for the lead on the back straight on lap 11. Cantrell was able to create a comfortable gap and cruise to the win after starting in last while May crossed the line second.

All results and standings can be found on speed hive: https://speedhive.mylaps.com/Events/1826824

Learn more about racing at AMP Kart Racing at the Atlanta Motorsports Park by visiting www.atlantamotorsportspark.com/karting