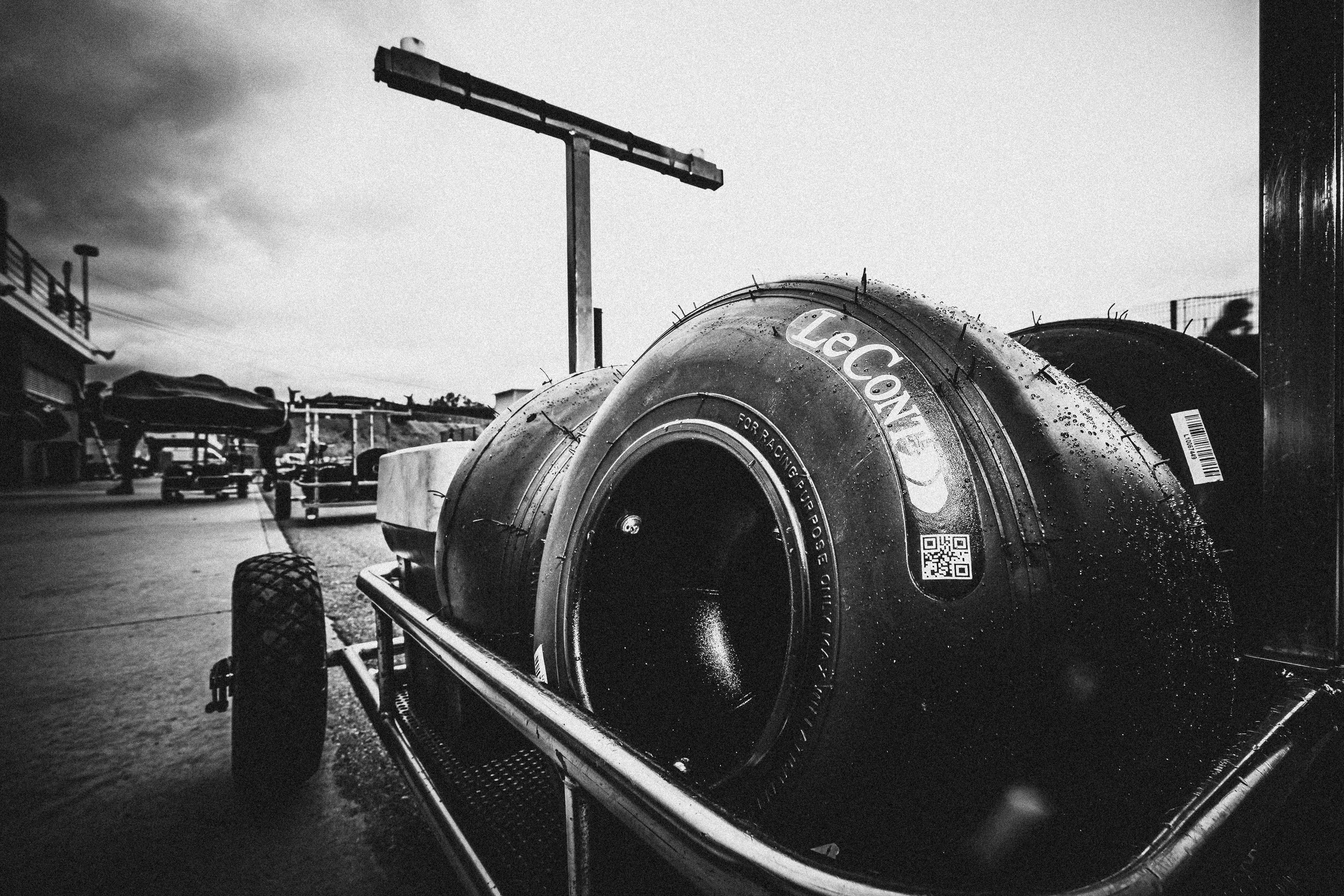 The quality of the LeCont tyres again played a major role in the perfect running of the OK World Championship in Portimao, despite the particularly difficult and changeable weather conditions in southern Portugal. In both wet and dry conditions, the Italian manufacturer’s tyres enabled all the drivers to perform at an equal level, with performances worthy of the high standard of this world competition. On a sporting level, the Tony Kart Racing Team triumphed with Callum Bradshaw, Joe Turney and Pedro Hiltbrand.

Slick tyres on Thursday and Saturday, rain tyres on Friday and Sunday! In Portimao, the vagaries of the Portuguese skies played with the nerves of the drivers and teams, who fortunately were able to count on the constant efficiency of the LeCont tyres. This was confirmed by the manufacturer’s support structure… “We successfully met several technical challenges during this OK World Championship,” says Paolo Bombara, marketing manager at LeCont. “On the one hand, the Portimao circuit has a fairly abrasive surface, the track is fast with corners that put the slick tyres to the test, with the average lap time being close to 100 km/h. On the other hand, it rained for two days. In both cases, the tyres have shown themselves to be efficient, consistent and identical from one set to the other. As far as the rain tyres are concerned, I would like to underline that we have really taken an important step forward compared to the previous homologation, regardless of the amount of water on the track.”

On the whole, the favourites were at the forefront of this Championship and the vast majority of the teams had the opportunity to shine at various points of the meeting. The talent of the drivers and small technical adjustments to the conditions made all the difference. At the end of the Final, which was held entirely on a wet track, the Tony Kart Racing Team took the entire podium, with an impressive Callum Bradshaw in the lead. The Briton became World Champion ahead of his compatriot Joe Turney and Spaniard Pedro Hiltbrand.

LeCont also wishes all the best to the 2020 European Champion Andrea Kimi Antonelli, who had an accident at the beginning of the Final.

“Everyone will remember this unique year because of the Covid-19 pandemic. It is important to remember that the World Championship was originally planned to be held in Brazil! When we look at the health situation in the world, we have to admit that the FIA Karting took a wise decision by scheduling this event in Portugal. Obviously, without this crisis, our Rovereto factory would have produced more tyres, knowing that we were engaged on different fronts at the international level: WSK Euro Series, Winter Cup, Champions of the Future and of course FIA Karting with the OK and OK-Junior European Championships, as well as the OK World Championship. Some events had to be cancelled and many drivers were forced to withdraw from the event due to difficulties in moving from one country to another. However, it is to be welcomed that the season was able to run as smoothly as possible in this context. The protocols put in place proved to be effective and the events contested were of a very high standard. For our part, we responded professionally and we are pleased to see that our CIK-FIA approved tyres proved their effectiveness.”

Although the Covid-19 pandemic naturally suggests a certain caution, LeCont – with its knowledge and experience – will not fail to participate in the next calls for tenders launched by the FIA and the various ASNs, while remaining ready to respond to the requests of the various private series organisers.