First Champions of the Future crowned at Portimao 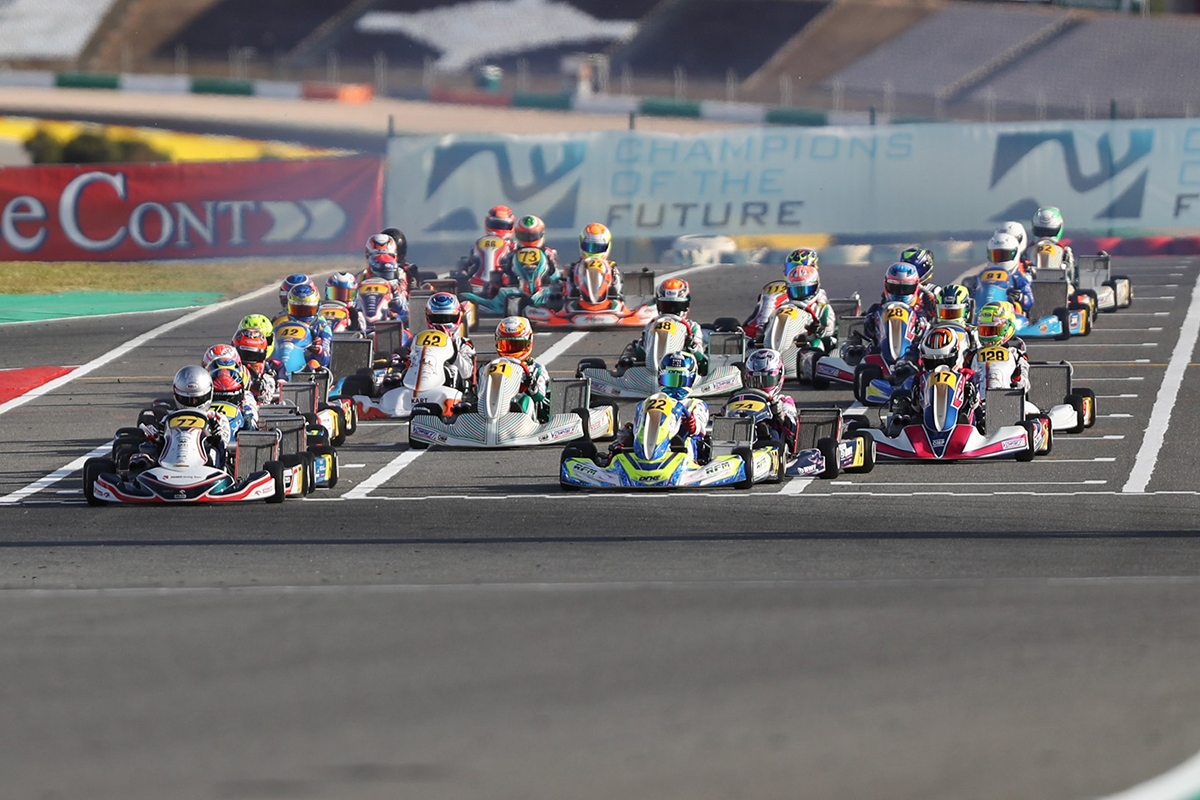 Champions of the Future celebrated the conclusion of its inaugural season last weekend at Portimao with more than 160 drivers competing on the Kartodromo Internacional do Algarve. While Marcus Amand stormed from the midfield to win the OK final, Nikita Bedrin claimed the first Champions of the Future title! Meanwhile, in the Junior class, Ugo Ugochukwu’s dominant win did not prevent Arvid Lindblad from securing the crown at the end of an exciting racing weekend under Portugal’s blue sky!

With 164 competitors representing more than 30 countries for its closing round, Champions of the Future confirmed its rising status as a must-attend competition for the best karting teams and drivers on the international scene. The two classes on track featured very strong entry numbers with 89 drivers in Junior while the OK class welcomed 75 competitors. Along with the usual free practice and qualifying sessions, a total of 33 combined races were run in ideal conditions from Friday, October 30th, until Sunday, November 1st.

OK: Amand charges to the win, Bedrin claims the title
Andrea Kimi Antonelli (KR/IAME) took the overall pole position on Friday ahead of William Siverholm (Exprit/TM) and Michael Paparo (Praga/TM). The Italian remained unbeaten through the qualifying heats with four wins. Behind the provisional leader, Lorenzo Travisanutto (Parolin/TM) consistently finished within the top 4, including two second places as best results. Rafael Camara (Exprit/TM), third, missed the prefinal’s front row for a point in front of James Wharton (Parolin Le Mans/TM), on equal points with Juho Valtanen (KR/IAME). Besides Antonelli, Joe Turney (Tony Kart/Vortex) was the other man on form on Saturday with three victories. Still, the Brit was classified eighth due to a penalty in one of his heats. Siverholm, Taylor Barnard (KR/IAME) and Bedrin completed the winners’ circle. In the prefinal, Bedrin put on a fresh set of tyres and bounced back from a troublesome last heat by driving from 14th to victory! Luigi Coluccio (Kosmic/Vortex), also on new rubber, achieved a strong nine-place recovery up to second ahead of Camara, six ranks before Antonelli who could not turn his pole position into success.

The category’s final opened on a strong demonstration from Forza Racing’s Camara and Siverholm who took the early lead. However, Marcus Amand (KR/IAME) was on a charge. After a good start, the French-Finn made up 12 positions in the five opening laps! Once ahead, he managed to keep both Camara and Siverholm behind him. While switching places in the latest stages of the 19-lap race, the two teammates could not destabilize the leader as Siverholm finished second to Amand. Camara completed the podium ahead of Josep Marti Sobrepera (KR/IAME) and Callum Bradshaw (Tony Kart/Vortex), who recovered 13 places each.

Junior: Lindblad crowned despite Ugochukwu’s final domination
Brando Badoer (KR/IAME) emerged as the fastest in Friday’s qualifying, ahead of Zuera’s winner Arvid Lindblad (KR/IAME) and Ugo Ugochukwu (KR/IAME). Lindblad quickly found his rhythm once in the qualifying heats that he concluded with four consecutive wins and a second position. Badoer, second, confirmed his strong intentions with three victories and a pair of second places, ahead of Ugochukwu, also winner on three occasions. Timoteusz Kucharczyk (RK/TM) and Christian Ho (KR/IAME) completed the top 5 with one win each while Sato, who showed impressive pace with three victories, was eventually pushed down to eighth overall after some trouble in his last race. On Sunday, Lindblad made good use of his pole position and led most of the prefinal before Ugochukwu made a decisive move to secure the victory ahead of Rashid Al Daheri (Parolin Le Mans/TM) and Kucharczyk.

Ugochukwu kept his dominant form in the final. From pole, the American was able to keep a charging Al Daheri at bay in the opening stages of the 16 lap-race. As the Sauber Junior driver pulled away not to be seen again, the Emirati had to defend his second place against the attacks of Lindblad, then Ho. While the Brit fell down the order near the end, Ho went past Al Dhaheri but the latter fought back and would not be surprised again until the chequered flag. Unaware of such events, Ugochwuku could celebrate a dominant victory ahead of Al Dhaheri and Ho. Lindblad, eight on the finish line, still collected enough points to be made Junior winner of the first Champions of the Future series in karting history!

Champions of the Future final class standings
Nikita Bedrin took the title in the OK class with 162 points, four more than Joe Turney (158). Rafael Camara climbed to third place overall on equal points with Dilano Van’t Hoff (145). Arvid Lindblad climbed the Junior title with 171 points ahead of Ugo Ugochukwu. The American missed the season trophy for four points (167) despite his dominant final win. Freddie Slater (164) completed the overall podium. The full season classifications of the OK and Junior classes are available on Champions of the Future’s official website www.championskarting.com.

Live streaming and Highlights
The closing round of Champions of the Future benefited from a live video stream and commentary coverage during all official sessions, made available to stream worldwide by RGMMC Productions’ video crew.

All races, as well as interviews and highlights, are available on the RGMMC Productions Youtube channel. More information and complete results can be found on the Champions of the Future official website www.championskarting.com, the RGMMC Group website www.rgmmc.com, and the Champions of the Future Facebook page www.facebook.com/Championskarting.