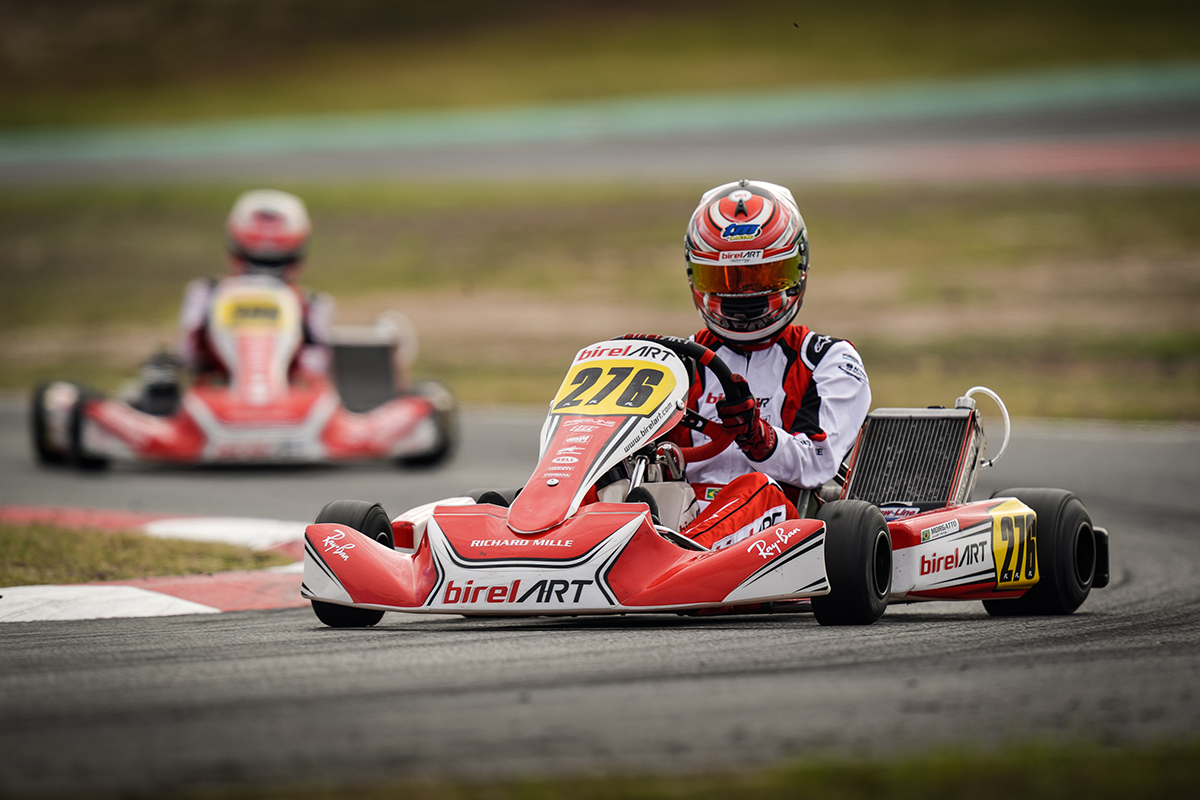 The Champions of the Future series held at Portimao was the perfect time to hold a final rehearsal in optimal conditions before the FIA Karting World Championship in the OK and OK-Junior categories. This was on the minds of all the drivers, who gathered a lot of information in preparation for the biggest event of the season. In terms of results, Polish driver Timoteusz Kucharczyk proved to be the top representative of the official Birel ART Racing team.

Four weeks after a memorable world meeting at Lonato, which ended with a double victory in KZ2 and the title of Vice-Champion in KZ, the Birel Art team attacked this second and last event of the Champions of the Future series with the same determination. “Whether they are young, capable of aiming for a top ten or looking for experience, our objective is to support our drivers to the maximum and provide them with high-performance equipment. Another of our roles is to assist the different teams that use the chassis brands manufactured by our factory,” said Luca Filini, team manager at Birel ART.

In Portimao, Poland’s Timoteusz Kucharczyk wore the colours of the RK chassis dear to his compatriot Robert Kubica brilliantly. Three times 2nd and once 1st in the Qualifying Heats, the Pole finished 3rd in the Prefinal and was firmly in this position in the Final, when jostling in the pack pushed him back into 8th position. He regained two places in the Final and finished 6th, as well as a brilliant 5th in the overall classification of the Champions of the Future series in OK-Junior. Unlucky in Timed Practice, Karol Pasiewicz wasn’t able to express himself as he would have liked, whereas Aurelia and Ethan Nobels discovered the high international level with interest.

In the extreme south of Portugal, the Birel ART brand was particularly well represented, with 10 chassis entered in the OK category. Numerous clashes during the heats often hindered the progress of the team’s drivers. The Italian Cristian Bertuca did best with a remarkable comeback to 7th position, after starting 17th. The technical and strategic choices made by his team have been judicious. On the other hand, success wasn’t often there in Portimao for Enzo Trulli, who hasn’t raced much in 2020, or Thanapongpan Sutumno, Maya Weug and Matheus Morgatto. The latter was nevertheless able to reach the top four in the Qualifying Heats, but had too many problems to get a good result.