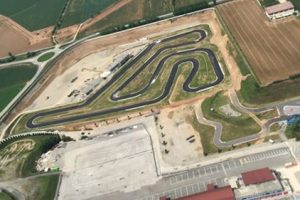 The 2020 ROK Cup Superfinal was scheduled for October 14-17 at the South Garda Karting facility in Lonato, Italy. ROK racers from around the world are set to converge on the hub of international karting in northern Italy.

Following the situation surrounding the FIA Karting KZ World Championships last weekend in Lonato, Vortex has announced the move of the ROK Cup Superfinal to the Franciacorta Karting Track in Castrezzato, Lombardia, Italy. A new karting circuit was constructed at the facility, roughly 50 km northwest of Lonato.

The following is the statement posted on the vortex-rok.com website:

After the ordinance of the Sporting Federal court regarding the events accured at South Garda Karting it has been decided that the Rok Cup Superfinal will take place at Franciacorta Karting Track.

Therefore, due to reasons of force majeure the race will take place on the closest circuit to South Garda Karting, which is the new Franciacorta Karting Track.

The timetable of the event will be the same, Finals will be on Saturday 17th of October.

The track will be open for free practices from Monday the 12th of October.

EKN will continue to follow information surrounding the change in venue along with providing updates and reports of Team USA drivers at the event.