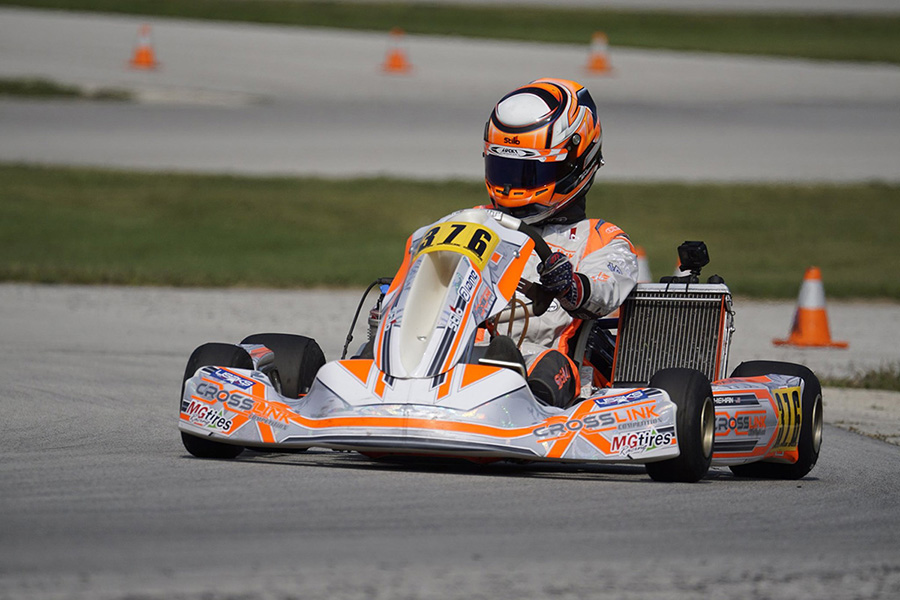 With the SuperNats Shootout complete, Ryan Shehan will now focus on the remaining two events of 2020
(Photo: Ryan Shehan Racing)

With only a few events remaining on the 2020 calendar, Ryan Shehan competed at the Speedsportz Racing Park this past weekend. Taking on the SuperNats Shootout event at the Houston, Texas facility, Shehan would battle a handful of topflight drivers in the X30 Senior category as he readies for two large events in North Carolina and Nevada to close his 2020 racing season.

“The weekend was a good test for the USPKS (United States Pro Kart Series) event at GoPro Motorplex in a few weeks and the ROK the RIO right after that in Las Vegas,” explained Shehan. “The turnout was definitely more quality over quantity, but it was great to battle with some of the country’s top senior drivers.”

Qualifying in the third position less than .09 from the pole position, Shehan would line his Team Crosslink Exprit kart up inside row two for the first of three heat races. Looking to maintain or improve his results through the three-heat race format, the 15-year-old finished third, second and third in three wheel-to-wheel heat races.

Shehan added, “The Speedsportz facility is one of the best in the country, and it was great to have drivers from the bigger East Coast teams make the trip to Texas. In the end, it allows me to continue to hone my skills and prepare for the future. Even though we lacked a little pace in the final, I managed to cross the line in third and add another podium and some cash to my 2020 total.”

With a few weeks off, Ryan Shehan will travel from Texas to North Carolina to compete in the USPKS finale at the GoPro Motorplex before closing his season November 4th – 8th in Las Vegas, Nevada at the ROK Cup USA ROK the RIO.

Competing at the highest level of karting takes support and Ryan Shehan would like to thank Team Crosslink, OTK USA, Lucky Designs, Stilo Helmets, Guide North, Sean Owens, Christian Boudon, John Russell, Zach Hamilton, and the rest of his support crew for the continued support in 2020.

Remainder of 2020 Schedule for Ryan Shehan: