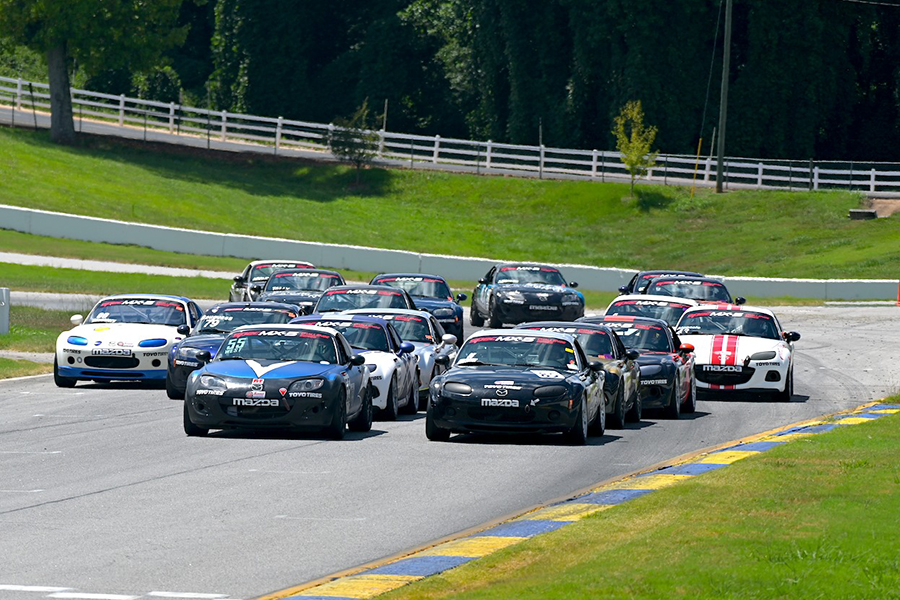 To find the next generation of talent, Mazda turned to several prominent industry professionals: eKartingNews, Max Papis, Buddy Rice, Chris Wheeler, Jared Thomas, and others. Karters became nominees for the Shootout either by winning a select championship or as an at-large bid.

These 18 racers have the opportunity to submit a proposal, sharing why they should be selected to compete in the two-day Spec MX-5 Shootout later this year. A panel of judges will evaluate the proposals to select six to nine karters to compete on- and off-track at the Shootout. Of those finalists, two will be selected to become Mazda’s first club racing factory team — supported and groomed by the Mazda-designated race team, Mazda’s Prototype driver in the IMSA WeatherTech SportsCar Championship DPi class Jonathan Bomarito, and the Mazda Motorsports team.

“NASA’s Teen Mazda Challenge and an original equipment manufacturer like Mazda providing the resources to create a factory racing team at the amateur level are unprecedented in all of motorsports,” said NASA Vice President Jeremy Croiset. “These young drivers represent the highest levels of talent in kart racing, and we at NASA are proud to partner with Mazda to give these karting stars another rung on the ladder into professional motorsports. We wish them all the best as they vie for a spot in the Shootout.”

More details surrounding the program can be found in the announcement from September 23.