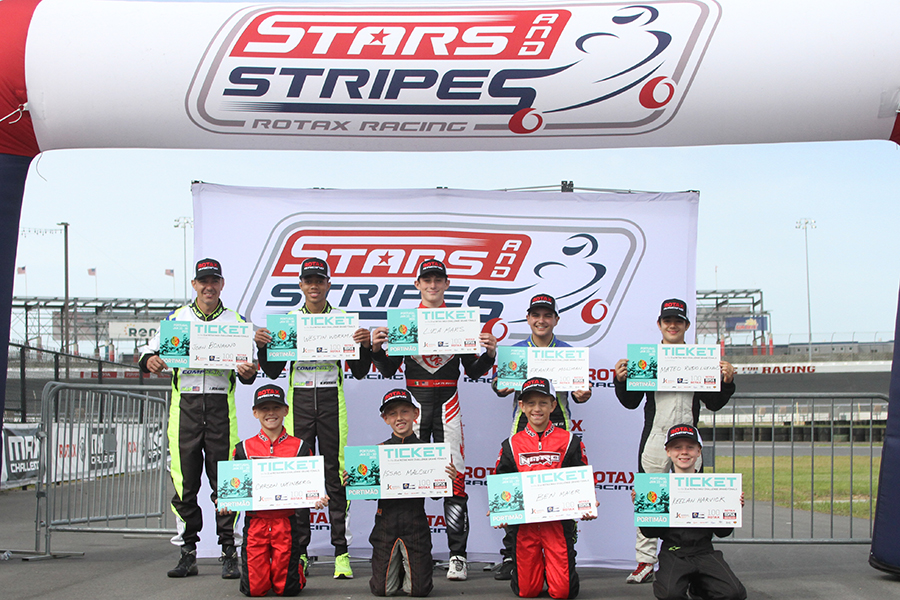 The 2020 Capri Tools US Rotax Grand Nationals was completed on Saturday inside the Charlotte Motor Speedway. The third and final day of on-track action in Concord, North Carolina saw cooler temperatures and strong winds blowing throughout the day. No threat of rain throughout the day allowed for competitors to focus on the mission at hand, securing a spot on the podium to add their names to the record books. Five Rotax categories and the Pro 4 Cycle division contested the third round of heat races, the Super Heat race, and the Final to determine this year’s champions, and decide the nine tickets toward the 2020 Rotax Max Challenge Grand Finals in Portugal. 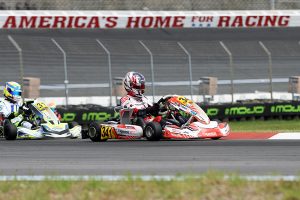 Senior Max was highlighted by two driver on the final day. Luca Mars (SCR / Redspeed) showed the way throughout Friday, coming into the Saturday with a perfect score. Westin Workman (TimmyTech / CompKart) had other ideas, stealing the Heat #3 win and Super Heat victory. Mars retained the pole position for the main event, and Workman slotted in behind him starting outside the front row. The entire 16 laps were led by Mars with Workman on his bumper the entire distance. The victory put Mars on Team USA for a second straight year, the runner-up by Workman to his first Rotax Grand Finals. Hayden Jones (Nitro / Tony Kart) started third and remained there the entire distance. Dante Yu (J3 / CompKart) moved up one spot to fourth with Max Opalski (RPM / Tony Kart) up from eighth to fifth. 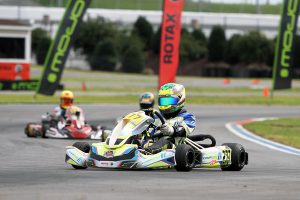 The Junior Max division handed out two tickets to the Rotax Grand Finals as well, with no clear cut favorite heading into the Final. With three different drivers winning a heat race, including top qualifier Frankie Mossman (J3 / CompKart) winning Heat #3, Mateo Rubio Luengo (Supertune / Tony Kart) won the Super Heat. The points combined put him on the pole position with Mossman sitting outside of the front row. The top four, including Cameron Weinberg (Nitro / Kosmic) and Alex Berg (RPM / Tony Kart), shuffled early before Mossman secured the top spot on lap five. From there, Mossman was able to lead the remainder of the 16-lap main event for the victory and ticket to Portugal. Mateo crossed the line in second, joining him as part of Team USA. Weinberg recorded the fast lap of the race, placing third with Berg and Julian DaCosta (Haase) completing the top-five. 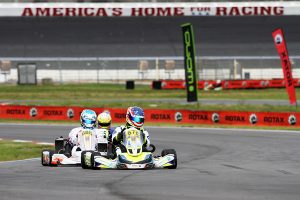 Only one driver on the weekend went perfect, leading every single lap and session throughout the two days of competition. John Bonanno (CompKart) put a stellar performance in Master Max to earn his second career ticket to the Rotax Grand Finals. Bonanno began the day with the win in Heat #3 and the Super Heat before leading all 16 laps in the Final. Multi-time Team USA driver Derek Wang (RPM / Tony Kart) set fast time in the race, and put the pressure on but was unable to complete a pass on the final circuit to end up second. Last year’s DD2 Masters winner at Stars & Stripe Open Tim Shutt (TimmyTech / CompKart) drove to third with Chris McGinley (CompKart) and Gary Peterson (CompKart) rounding out the top-five. 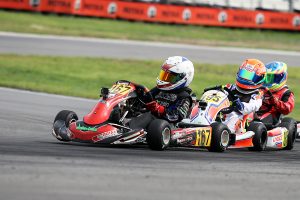 Mini Max top qualifier Caleb Gafrarar (PSL / Birel ART) began the day stronger than how Friday finished. Missing out on the top spot in the opening two heats, Gafrarar won Heat #3 and the Super Heat. A hub issue at the start of the Final shuffled him back early and out of the lead group. Parker DeLong (Nitro Kart) jumped out to the lead at the start of the main event from P3 as they shuffled behind them. Ben Maier (Nitro Kart) started second but was shuffled back to sixth on the opening circuit. From there, Maier ran fast laps of the race to drive up to the lead. DeLong was shuffled back to third with Enzo Vidmontiene (CompKart) coming up as the top challenger. Vidmontiene took the lead for a lap but Maier fought back to lead at the white flag. At the penultimate corner, Vidmontiene dove inside for the lead but Maier pulled off the over-under to reclaim the lead coming the line, winning his first US Rotax Grand Nationals and second trip to the Rotax Grand Finals. Vidmontiene crossed the line second but was dropped to fourth after a five-second pushback bumper penalty. DeLong was promoted to second with George Wheeler giving Nitro Kart a sweep of the podium. Gafrarar, after an early spin, was able to hold the fifth spot. 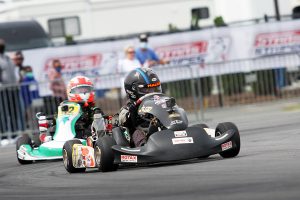 Micro Max was a two driver battle throughout the two days as well with Keelan Harvick (Nitro Kart) and Issac Malcuit (Kart Republic) out front. Malcuit was top qualifier and Heat #1 winner with Harvick completing Friday with a win in Heat #2. Harvick came back to begin today with a win in the final heat and the Super Heat to start on the pole position. In the 12 laps, the two combined for a minimum of seven lead changes just at the line, but many more through the race. On the final lap, Harvick led until reaching turn 10 when Malcuit made his move. The two then drag raced to the line with Malcuit winning by 32 thousandths for the victory. Carson Weinberg (Nitro Kart) won the fight for third, joining them on the podium with all three earning tickets to the Rotax Grand Finals. Gage Korn (CompKart) and Hudson Schwartz (CompKart) finished fourth and fifth.

The top prize for Pro 4 Cycle was $1,000, going to Luca Mars (Redspeed). Mars swept the event, but not without a challenge. Mars was shuffled back to third at the start of the 12-lap Final as Ryan Casner (VLR) and Alex Keadle (MGM) slipped past. By lap three, Mars was back to the top spot and from there drove to a 2.7-second victory for the payday. Camden Gruber (MGM) had fast lap of the race, driving back from sixth to second with Collin Miller (MGM) in third. The remainder of the top-five was MGM drivers, as Keadle ended up fourth and Laurin Brailler in fifth.