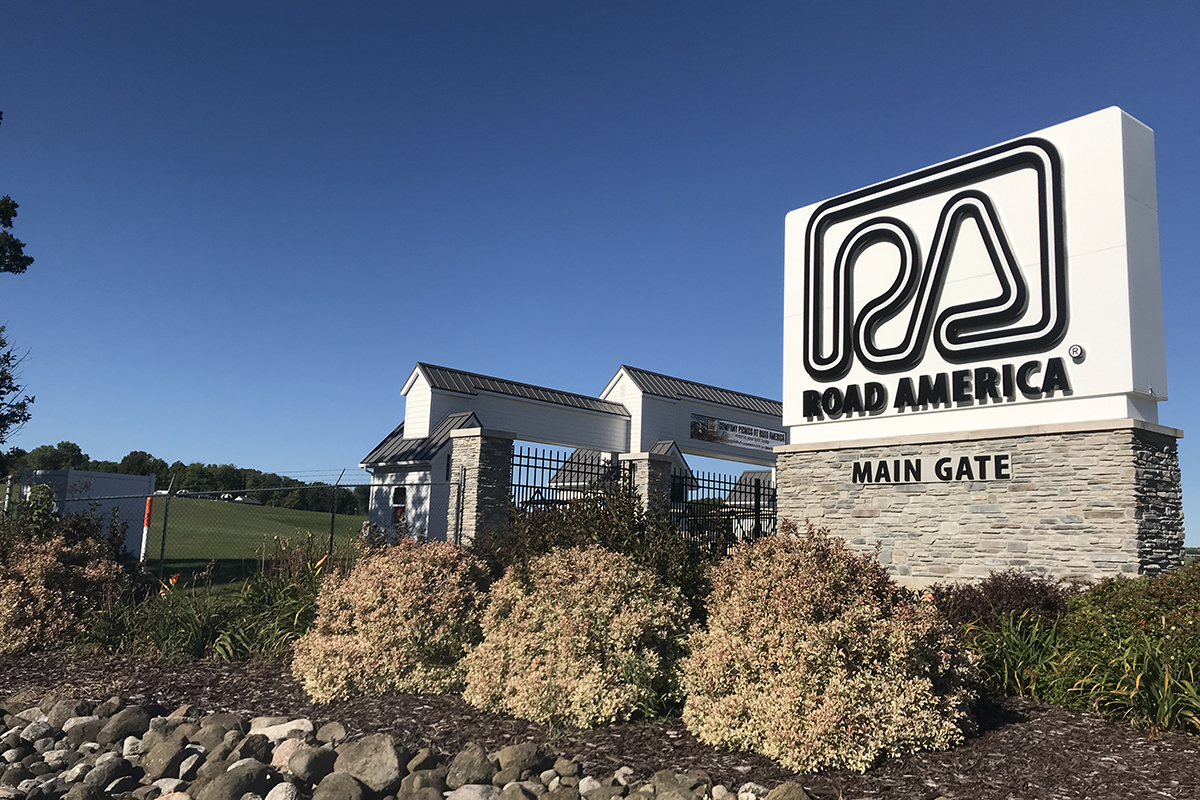 EKN’s Paddock Insider is part of our Trackside coverage, bringing you notes, updates and breaking news as it happens. The article will feature notes from trackside at the 2020 United States Pro Kart Series Badger State Grand Prix from the CTECH Manufacturing Motorplex at Road America. EKN Managing Editor David Cole is trackside in Elkhart Lake, Wisconsin to provide insider info will not be seen anywhere else. Please feel free to comment and discuss our coverage and today’s action in the EKN Global Members Discussion area below.

Elevation Part of the Battle 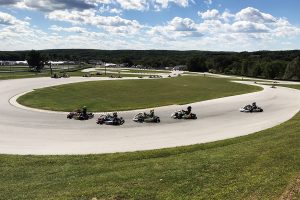 You really don’t understand the elevation at Road America until you walk around (Photo: EKN)

One of the aspects you can’t feel or see from the on-board video at the CTECH Manufacturing Motorplex or the entire Road America facility is the elevation. The only flat section of the track is the grid. Each and every turn, along with the straights, have elevation. The track sits west of the turn six, which is one of the highest points on the facility, Turn 3 on the kart track, the 180-degree corner, is just west of there. The entire race track is alongside the ‘Hurry Downs’ into turn eight, where the paddock is. When you look out at the remainder of the circuit, it is all down hill from there. Each of the corners have some drop in elevation to them, or banking at the apex. Once you hit the front straight, that is when you begin to climb up the elevation change.

All About the Grip 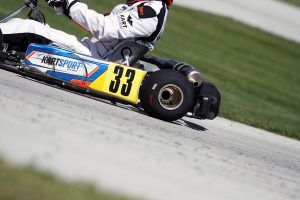 Grip around the CTECH Motorplex is key to getting around quick (Photo: EKN)

The layout is the same from year’s past, however, the surface is not. The track was repaved at the end of 2017, and provides a unique feel compared to the other tracks that USPKS and the teams/competitors have been to. Weekly club racing here is on hard tires, and there never is a good level of rubber built up on the surface. Mix this in with the new MG compounds, and drivers are working to find the mechanical grip toward the quickest laps. With the newer surface, there is no sealer or coating that helps to add grip in the corner.

Ride along with Brandon Lemke of Franklin Motorsports / Merlin Nation around the CTECH Manufacturing Motorplex at Road America in the X30 Pro practice session.

Back to America’s National Park of Speed

It has been 10 years since EKN was trackside at Road America for the WKA duel event, featuring the Manufacturers Cup Series and the National Road Racing Series. This weekend is the first major event to visit the CTECH Manufacturing Motorplex since then, with regional and smaller events visiting. Ten years ago, only six driver competed then that are among the 171 entries here this weekend; Scott Kopp, Adam Crepin, TJ Koyen, Garrett Johnston (Junior classes), Mike McAndrews (Cadet classes) and Brandon Jarsocrak (Cadet classes).

A number of those in the paddock have been here in the past, both on the sprint track and the large 4.1-mile road course that surrounds the Motorplex. Rolison Performance Group’s Mike Rolison was last here in 2006, winning the US Rotax Grand Nationals Senior Max category aboard a Margay…in the rain. He would go on to be part of Team USA in Portugal at the Rotax Max Challenge Grand Finals. Rolison is here with the RPG team, including four-time SKUSA Pro Tour champion Ryan Norberg. Alan Rudolph, owner of the Alan Rudolph Racing Academy, has many laps around the Road America big track and kart track. He raced in the Stars of Karting event in the early 2000s that featured a young Graham Rahal, now IndyCar driver. Rudolph also has the track record on the road course in a 250 Superkart with 2:14.219, done in 2008. The now Texas resident is here with the Speedsportz race team out of their facility in Houston.

Good morning from @roadamerica as the @unitedstatesprokarting makes its first visit in series history. Today is official practice as competitors prepare for Round Three and Four. #eknatuspks #uspks2020 #badgerstategp #iame #mgtires #karting