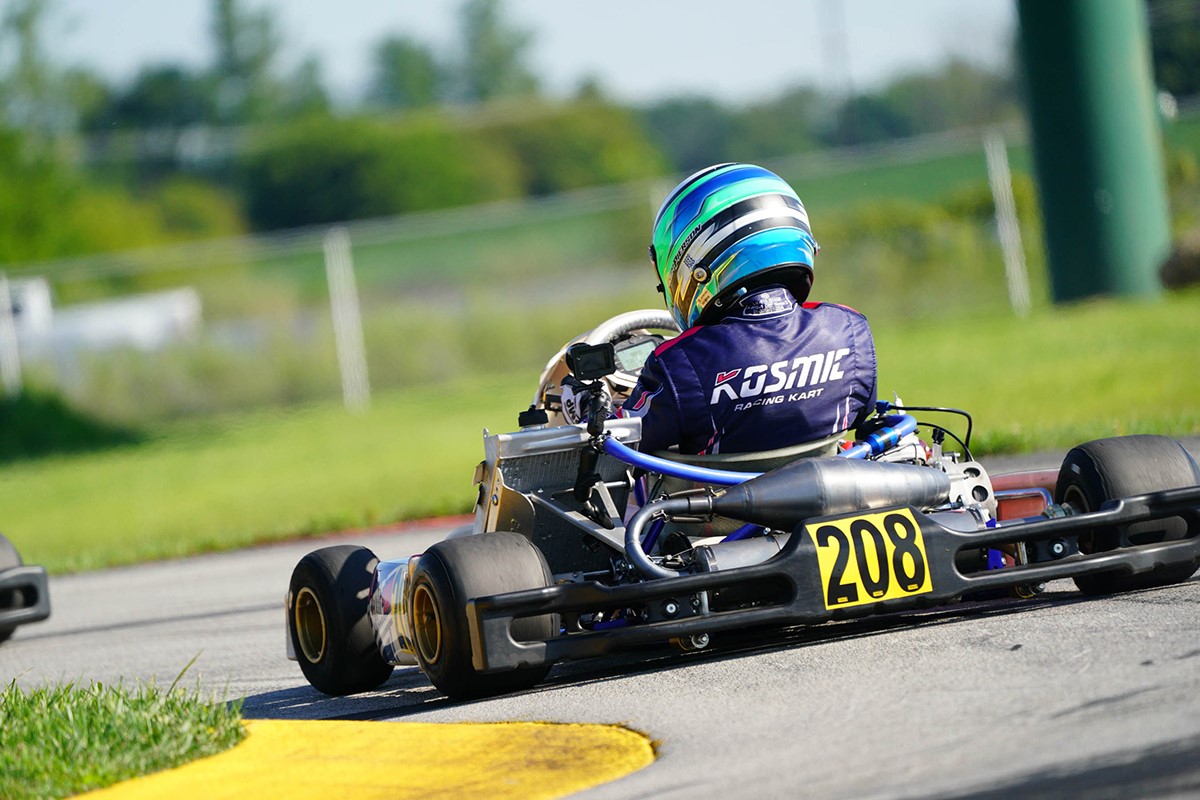 OTK drivers win across the board at Superkarts! USA opener
(Photo: On Track Promotions)

With the COVID-19 global pandemic jamming the 2020 karting schedules into the last five months of the year, OTK USA dealers, race teams and drivers were on track this past weekend at the Superkarts! USA (SKUSA) opener. Taking place on the Super Mile course at the New Castle Motorsports Park facility in Spiceland, Indiana, the dominant brand had another successful outing taking home numerous wins and podiums. With a quick turnaround, teams and drivers will be back at New Castle this weekend for rounds four, five and six albeit on a different, yet challenging layout.

Bryson Morris (Rolison Performance Group / Kosmic) was the most successful driver on the weekend claiming multiple victories across a pair of classes. Taking the X30 Senior win on Friday and Sunday, Morris also topped the podium in KA100 Senior on Friday and Saturday. If four wins wasn’t enough, Morris added a fourth-place finish in Saturday’s X30 Senior final and a second-place podium result in the third and final KA100 Senior race of the weekend.

Jack Iliffe (Iron Rock Raceway / Tony Kart) was never outside the top-two finishing second on Friday and Saturday before taking the checkered flag on Sunday. Vivek Kanthan matched Iliffe’s trio of podium results with P3 and P2 finishes on Friday and Sunday but managed to climb to the top of the podium blocks on Saturday with the win.

Nick Tucker (Team Nitro / Tony Kart) secured three podium results including a pair of victories in the KA100 Masters class taking the win in both round one and two and remained in the top-three all weekend long with a third-place result on Sunday. Ron Jenkins (Nash Motorsportz / EOS) matched Tucker’s podium appearance with two third-place finishes and improved in round three to come home second.

With only one more event in the 2020 SKUSA Pro Tour, OTK USA and their dealer network will return to New Castle Motorsports Park this coming weekend for rounds four, five and six.