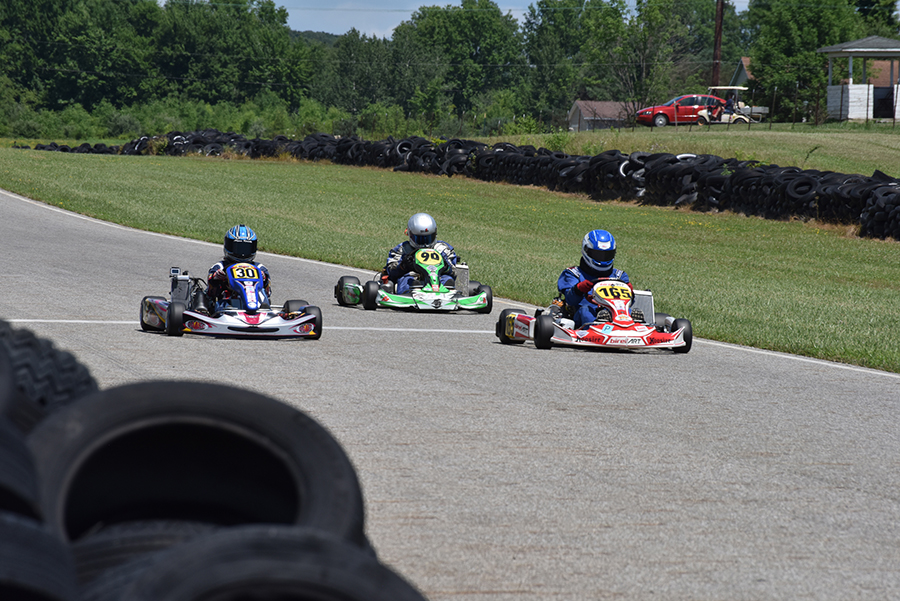 Nine Road Racers were double winners last Saturday and Sunday at Nelson Ledges Race Circuit a two-mile paved road race circuit celebrating it’s 40th year recently.  The historic 19-turn course, built in 1958, features long sweeping turns with plenty of racing room leading to a tight challenging carrousel. Originally the track was only half the current, size. Then in 1970 Gulf Oil funded an expansion project that doubled the track’s size and helped supply part of the 70,000,00 used tires to surround the track with safety in mind.

Rod Williams ruled the weekend with a trio of wins. Williams started each day with a win in TaG Lite Sprint finals with Alyssa Kopeck and David Huff in tow each time for the top three.

In addition to those two wins he also topped Sunday’s TaG Senior Sprint Final 2.  Trailing in the tops three were Adrian Dale and Edward Eckart.

Olsen returned Sunday and captured Final #2 with a comfortable lead over Trumbley at the end. Trailing Trumbley in the top five were Cole, Kyle Lewandowski and McLaughlin.

Ted Carbonaro led nine Final 1 Piston Port Sprint Final 1racers across the stripe Saturday. Behind him in the top five were Jerry Revely, who was 1.162 seconds late, followed by Adam Trumbley, James Sorrentino and Gerard Apuzzi.

Sunday karting veteran Louis Magiera surprised Carbonaro with a late race charge. Magiera threatened to the wire where he was a mire 0.232 seconds shy of victory.  Magiera’s weekend got worse at the scale where he was charged with a weight infraction.

That moved third place finisher, Trumbley, to second, Sorrentino to 3rd, Otto Vollmerhausen to 4th and Gerard Apuzzi to 5th.

Sunday Kupper and Bunnell were 3rd and 4th.

In the same races Mallory D’Augustine led the way in both 100cc Limited Final. Matthew Gibson was second each time.

Complete results can be found on Race Monitor.