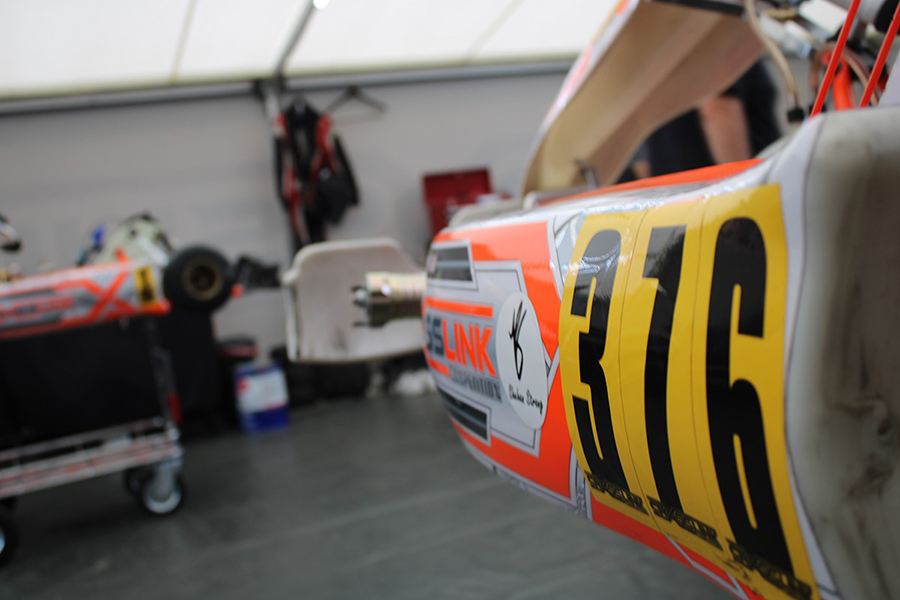 In his first national level event back since his return to karting, Texan Ryan Shehan had boxes to check. Showing speed to run in the top-ten of the United States Pro Kart Series (USPKS) at the ultra-fast New Castle Motorsports Park (NCMP), the main goals for the weekend were return to national competition and continue to prepare for the future. Working with Team Crosslink, his tuner John Russell and coach Christian Boudon, Shehan accomplished his goals in both dry and wet weather action.

“The main goals for the weekend were to race against high-level of competition, get a baseline on my progress, and to better myself for the future,” expressed Shehan. “The future starts this coming weekend at the Texas Sprint Racing Series where I currently sit fourth in the X30 Senior points despite missing the March event due to my recovery.”

Out of forty-two drivers, Shehan steered his Team Crosslink prepared Exprit chassis to a fifteenth-place finish on Saturday and would look to improve on that Sunday until rain began to fall before the start of the day’s main event.

Added Shehan, “The Sunday final was tough, but it was great to back at this level of competition battling some of the most experienced drivers in the country.  I got a great read on what I have to work on before returning for the SKUSA Pro Tour in early August and for my fight for a top-ten finish there.”

The Stilo USA and Lucky Design USA backed driver will now shift his focus to the Texas Sprint Racing Series.  Shehan will be back in action this weekend at North Texas Kartway in Denton, Texas. With the heat race win, fastest lap of the final, and main event victory at Speedsportz for Round 2, Shehan put his competitors on notice that he is here to battle for the title, even though he is one race behind his peers.

Shehan continued, “The goal is to win, promote my partners, and put my team on the top step of the podium. Even though this race weekend just ended, I am looking forward to the next one.”

Competing at the highest level of karting takes support and Ryan Shehan would like to thank Team Crosslink, OTK USA, Lucky Designs, Stilo Helmets, Sean Owens, Christian Boudon, John Russell and the rest of his support crew for the continued support in 2020.