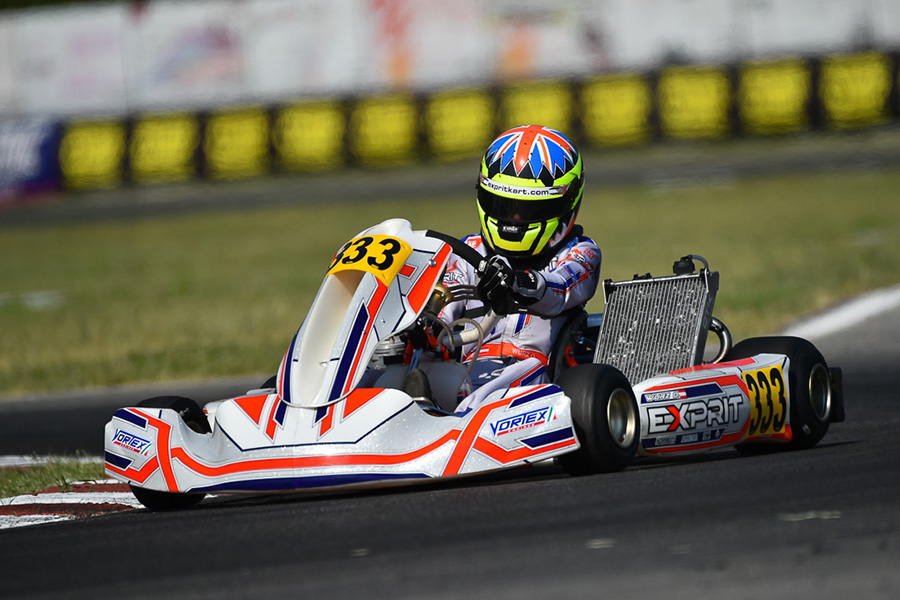 The drivers of the Exprit Racing Team fight hard on the binding track in Sarno during the first round of the WSK Euro Series, managing to compete with the best all weekend long.

The Exprit Racing Team confirms the improvements and the high quality of the work done so far also on the first round of the WSK Euro Series staged on the Circuito Internazionale Napoli. Our team, led by Patrik Hajek, is back on track again in the OK and OKJ categories, together with some new entries making their debut under our tent.

It is actually one of them, Luka Sammalisto, obtaining the best result for us in the Junior line-up. The Finn manages to enter the decisive race where he scores a comeback of 7 positions crowning his first weekend in the best way with the Exprit colours. Arthur Rogeon is the best at the end of the Qualifying Heats, while Oscar Wurz is involved in an accident in Prefinal compromising the great performance shown on the track.

Good results also from our drivers lined up in OK. On Friday, Kajus Siksnelis is the protagonist of an excellent qualifying finishing tenth, while on Sunday he shows off in Prefinal and ends sixth recovering 4 positions. Alexandru Iancu is the author of a seven-position comeback, managing to enter the decisive race. Toni Kayla Naude also makes a brilliant recovery on Sunday morning, nearly gaining access to the Final.

The Exprit Racing Team is now leaving for Spain, where free practices of the first round of the Champions Of The Future are starting on Thursday. We will be back on the Circuito Internacional de Zuera with our OK and OKJ drivers.