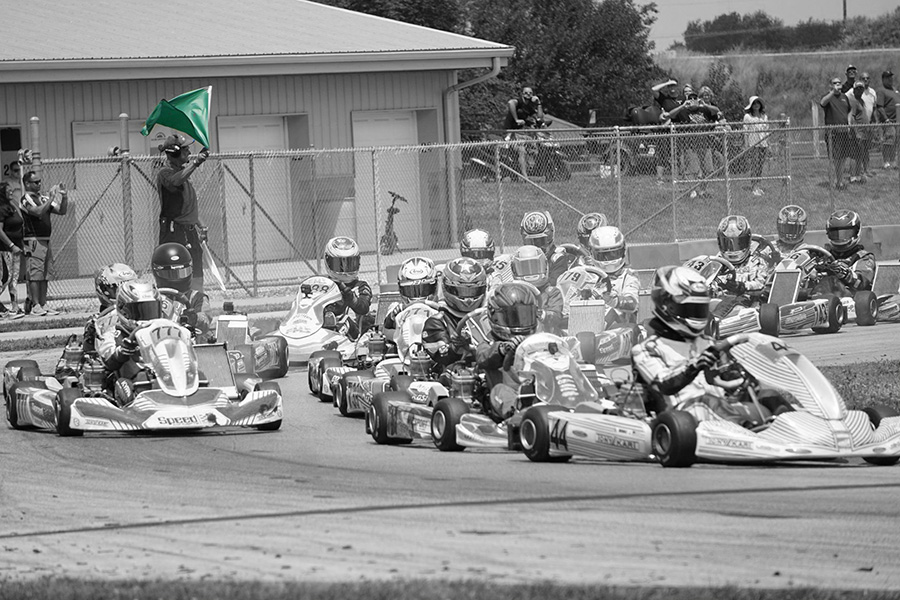 The eighth season for the United States Pro Kart Series presented by MG Tires and IAME USA East has been delayed by four months. The COVID-19 pandemic forced the cancellation for the opening event in Ocala, Florida and postponed the second event on the 2020 schedule in North Carolina. What was originally scheduled to be the season finale has become the 2020 opener with the Hoosier State Grand Prix at the New Castle Motorsports Park. The series is set to welcome a record turnout on July 17-19. The bar is set at 223 pre-entries scheduled to compete at the New Castle, Indiana facility in the seven IAME categories, eclipsing the previous record high of 181 at last year’s finale.

An unofficial practice is scheduled for Thursday, July 16 around the 1-mile ‘national’ layout. The event official begins on-track Friday with five rounds of practice to set the stage for two separate rounds of racing on Saturday and Sunday. Each round features a warm-up, qualifying, a Prefinal and Final. USPKS just announced a $15,000 cash purse for the X30 Pro and X30 Junior categories, along with a slew of free MG Tires for podium finishes and series championship contenders. The USPKS Winner’s Circle program package for series champions returns in addition to tickets to the 2021 edition of the IAME International Final.

eKartingNews.com is back for the eighth year with United States Pro Kart Series to provide industry-leading coverage from each of the three events for the 2020 season. Those karting enthusiasts not in attendance can listen from home or on the road to the EKN Live broadcast page at www.ekartingnews.com/live with Tim Koyen providing the play-by-play call. This weekend’s broadcast partners are A-Maxx Racing, Alan Rudolph Racing Academy and Kart Republic. Daily reports and updates on the EKN Social Media network will fill up your timeline throughout the weekend.

We begin our 2020 United States Pro Kart Series coverage with a two-part preview of the weekend, including entry lists of all seven categories. Today we review the Junior and Cadet categories that will compete around the New Castle Motorsports Park facility for the Hoosier State Grand Prix. 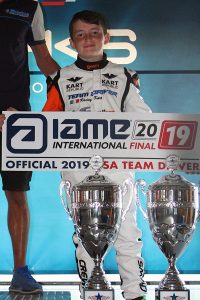 The number in X30 Junior is the exact number at last year’s finale with 34 drivers set to battle. The graduation of some and the introduction of some Junior rookies shaped the total, including a number of returning drivers. The fight for the top spot is going to feature the best young drivers in the sport today as six of the top-10 from last year’s championship chase are returning, including defending champion Brent Crews (KSNA / Kart Republic). Victory at New Castle in the final round secured the championship for Crews in his rookie season in the Junior ranks. The 2018 IAME International Final Mini champion won the title by only eight points over Texan John Burke (Supertune / Tony Kart). The first-year series competitor made an impact early with victory at Ocala but came up just short in the title chase against Crews. Connor Zilisch (LAK / Redspeed) is among those at the Junior level at the top of their game heading into the 2020 season, finishing fourth at USPKS in 2019. FWT championships in two categories set the tone until the pandemic hit with the North Carolina driver ready to get the season rolling again.

Paul Bocuse (SCR / Redspeed), Jace Park (SCR / Redspeed) and Matthew Christensen (Supertune / Tony Kart) finished 2019 in the top-10 with only one podium between the three. Look for more trips to the steps from all three in 2020, including New Castle.

The record numbers are a signal of drivers from west of the Mississippi River traveling east to compete in the series. The Rolison Performance Group travels coast to coast throughout the season and is making their debut at the USPKS, including Junior drivers Josh Pierson and Max Opalski. Crosslink Competition is another team making their series debut in New Castle, including Texan Alex Stanfield. Team Speedsportz out of the Houston, Texas facility is bringing several drivers to New Castle, among them is second generation driver Aden Rudolph (Birel ART). California and Canada are included with Logan Toke (MottazSport / Birel ART) and Alex Berg (RPM / Tony Kart). Notable Junior rookies in the field include last year’s Mini Swift champion Christian Miles (KSNA / Kart Republic), Ava Dobson (Franklin / Merlin) Elliott Cox (Syntech / OTK). 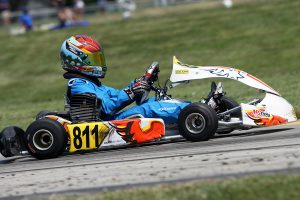 Crews will be the target of the competitors in the KA100 Junior division (Photo: EKN)

An increase of two from last year’s finale to entering the 2020 opener in New Castle for KA100 Junior has the total to 25 drivers set for battle on the weekend. Similar to the X30 Junior class, six of the top-10 from last year’s championship will be returning in New Castle. Twenty-four of the drivers competing will have a target on one driver, defending champion Brent Crews (KSNA / Kart Republic). The 2019 double champion is gunning for a repeat in both divisions. Two wins and a total of four podium made this championship much easier, winning by 165 points over Tyler Wettengel (OTK). The North Carolina driver only finished on the podium once in the six rounds last year, but always showed speed to finish as vice-champion. Westin Workman (Timmy Tech / CompKart) and Connor Zilisch (LAK / Redspeed) finished third and fourth in the title chase last year. Workman had his first career victory at GoPro while Zilisch went winless in his three-podium run a year ago. Logan Adams (Comet / Kosmic) was one of four winners last year, looking to defend his home turf at New Castle once again. 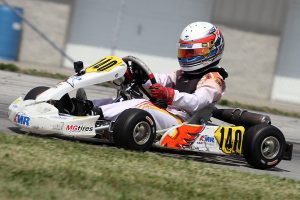 Entry numbers are up by four in the Mini Swift class, which will see a new driver added to the list of champions in 2020. 2019 champ Christian Miles has graduated up to the Junior ranks, thus leaving a void for a new driver to take over come October at the series finale. Only four of the top-10 in the 2019 standings are in the field for New Castle, with many graduating alongside Miles. The top returning driver is KartSport North America’s Max Garcia (Kart Republic). Garcia, the 2018 SKUSA Micro champion, was third in the USPKS standings last year, with a best finish of third in the six rounds of racing. Cameron Brinkman (Franklin / Merlin) finished seventh last year and is also returning. His best finish in last year’s program was runner-up at New Castle. Brinkman is coming off a weekend sweep at Road America for the Route 66 Sprint Series.

2018 Micro Swift champion Ben Maier was 10th in last year’s Mini standings. The Team Nitro Kart driver is returning, gunning for a run at the USPKS championship in 2020. Parker DeLong (Nitro Kart) is among the top Cadet drivers heading into the 2020 season, traveling from Arizona to New Castle for a run at the top steps of the podium. The Mini Swift category is welcoming the top two drivers from the Micro class in 2019. Nitro Kart drivers Aryton Grim and Spencer Conrad finished 1-2 throughout the year in 2019 with Grim earning the championship. 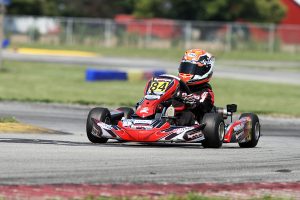 The United States Pro Kart Series will welcome the fourth different champion in four years at the end of the 2020 season. 2019 champ Aryton Grim has graduated to the Mini Swift category, along with vice-champion Spencer Conrad, leaving a void at the top. The lone two returning drivers from last year’s championship finished third and fourth – Carson Weinberg and Jack Iliffe. Weinberg (Nitro Kart) nearly came away with a victory at the series finale fighting Grim and Conrad. Iliffe is the 2019 SKUSA champion yet went winless at the USPKS last year. Jase Petty (Kart Republic) and Sarah Bradley (Nitro Kart) are both coming off wins at Route 66 Sprint Series opener two weeks ago, making their USPKS debuts this weekend. Many others in the 18-driver field will be making their USPKS debuts, including WKA Kid Kart standouts Sam Tutwiler (Nitro Kart) and Jacob Schaible (Nitro Kart).