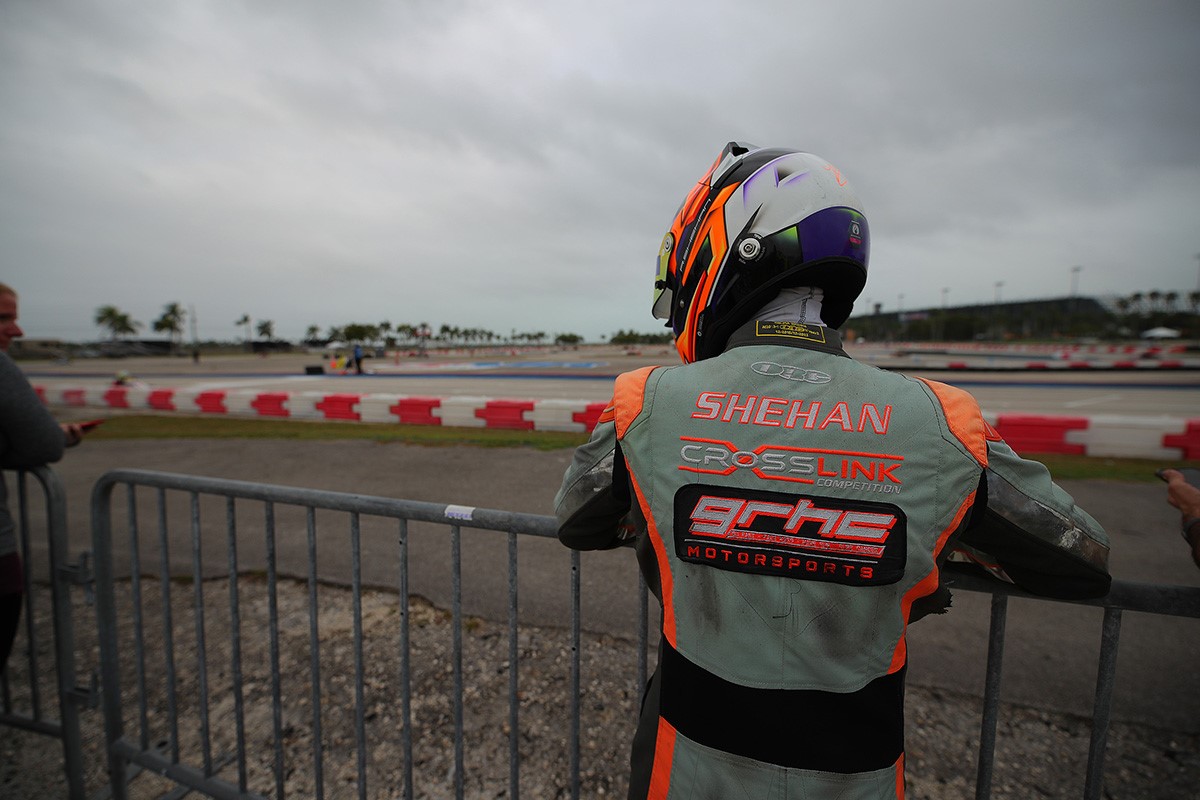 It has been an eventful 2020 for Ryan Shehan as a practice incident, testing for the Superkarts! USA (SKUSA) Winter Series, landed him in a hospital and then on the hard road to recovery. Fast forward five short months and Ryan Shehan and his #ShehanStrong initiative have found their way to the top step of the podium and a multi-time race winner by the end of June.

“The year has been incredibly crazy, difficult, and stressful, but in the end everything happened for a reason,” explained Ryan Shehan. “The goal while lying in a hospital bed was to get back in a kart and back to winning as soon as possible. Quitting was never a thought or an option. The only decision was to get back out there.”

Beginning the season as a rookie in the senior ranks, Shehan had a challenging but experience-building January before his incident on the 26th. Competing in the SKUSA Winter Series at the AMR Motorplex in Homestead, Florida as well as the Isle Casino for the ROK Cup USA Florida Winter Tour, Ryan was earning his senior stripes as a member of the multi-dimensional Team Crosslink program.

Then came the incident.

A horrifying crash at the end of the long back straightaway caused a fractured jaw, head injuries, as well as second degree burns to portions of his body. Not knowing the outcome or recovery time needed, Ryan was in the hospital begging to race two days later, not fully understanding the extent of his injuries.

Returning to the track and a race kart on March 20 at the Speedsportz Racing Park in Houston, Ryan was under the watchful eye of Boudon Competition’s Christian Boudon, his mechanic John Russell and Team Crosslink Manager Sean Owens. Successfully completing a return to a karting program that was set forth by the trio, Ryan returned to the podium a few short weeks later finishing second in his first competitive drive in round six of the Speedsportz club program. Continuing his podium performances, Ryan found his groove taking the checkered flag at round two and three of the NOLA Sprint Kart Championship at NOLA Motorsports Park before continuing his winning ways at the Texas Sprint Racing Series Summer Shootout.

Shehan continued, “The first podium was good, but I was disappointed as I felt I had the speed to win. I made it a goal of mine to win the very next time out to show everyone that I could still do it.”

While he was recovering, Ryan also has been building partnerships with Stilo Helmets USA as a Brand Ambassador as well as Lucky Designs USA.  Both programs will leverage Ryan’s social media experience and assets to increase their footprint in North American karting.  Ryan continues his quest to add the right partners as he drives towards a seat in F4 next year.   Jay Braxton with Stilo USA commented, “Ryan’s social media presence has us continuously in front of our target motorsports market.  We can’t be happier with the work he and his team put in every week.”

Shehan added, “I have a huge amount of people to thank. Between my partners, donations through my GoFundMe page, and the incredible support for my family from the karting community and motorsports industry as a whole.  The list is long and all I can say is THANK YOU!”