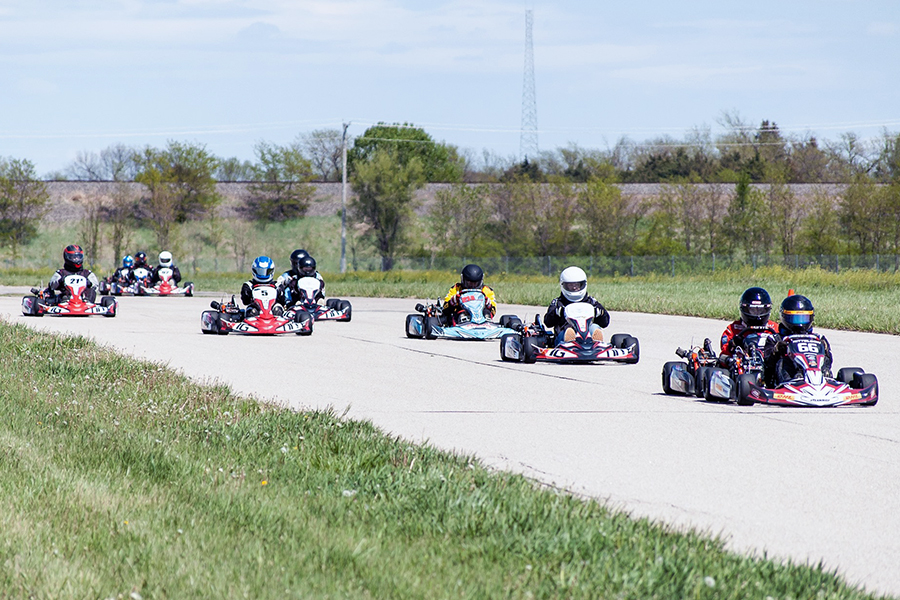 Ignite Karting Nebraska is the lone sprint racing program in the state. 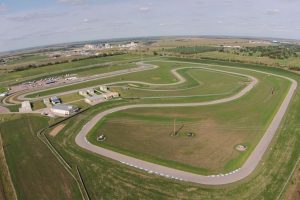 If you build it, they will come

No, this isn’t Iowa. It’s Nebraska. And we are not talking about baseball, it’s racing.

If you look at the map of the United States of America, Nebraska is the direct center of the 48 adjoining states. Part of the Great Plains, the ‘Cornhusker State’ is known just for that…corn. Racing in Nebraska centers on dirt oval facilities, with several tracks dotting the state from east to west, north to south. If you were to poll racers about kart racing in the state, dirt oval karts would be the answer 99% of the time. That said, there is one lone facility that features karts that turn left and right, on pavement, and the track ownership and staff are building the footprint for a foundation of a new karting program for the area.

Motorsport Park Hastings is located near the southern border of Nebraska. Hastings is roughly 2.5 hours southwest of Omaha, northeast of Kansas City by 4.5 hours, and six hours to the east of Denver. The city is among the top-10 largest in the state with a population of roughly 25,000. A group of racing enthusiasts banded together in 2004 and 2005 to fund and construct a new motorsports facility. The 2.14-mile circuit was developed Alan Wilson, the well-known designer of countless motorsport road courses. Construction began in 2006 and the official opening of the facility came at the start of 2007. 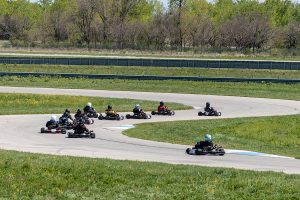 A 1.1-mile course for Ignite karts to compete on each month.

Celebrating its 14th anniversary this season, the Motorsport Park Hastings is building toward making the facility a destination for motorsports enthusiasts. The paddock has RV spots with power plug-ins along with covered parking spots and enclosed private garages for rent to those visiting racers. Those in the Hastings area can take advantage of the expanded garages and condos available around the circuit, giving it a motorsports country club feel.

Over the last 13 years, the Motorsport Park Hastings has hosted numerous events and organizations to its facility. Their ‘Guardrail Club’ is their membership program that puts on several events and open track days throughout the season. The SCCA, Rocky Mountain Vintage, various bike programs and other motorsport groups, including karting, have all visited the Hastings circuit. The Karters of America Racing Triad (KART) was the first karting organization to host events at MPH.

Karts have taken on a focal point for the facility in recent years. In 2010, a section of paving took place to create a 1.1-mile course for karts. Those who have competed around the circuit relate it to a large sprint track. The facility put together a fleet of rental karts and began hosting a few races in 2014. It was toward the end of 2018 that the facility connected with Margay Racing and their Ignite program. 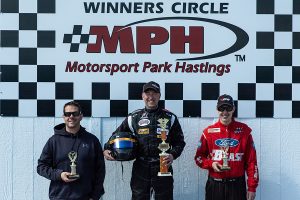 This led into what is now Ignite Karting Nebraska. An eight-race schedule is set for 2020 season, which began on May 10 with 16 karts at the opener. The program is based on the Ignite K3 / Briggs 206 package for Senior-level drivers, and they have developed momentum to expanding the sport of karting in the state.

Toward the end of 2019, the facility was put up for auction by the original 47 shareholders to a smaller group of five individuals. The auction took place in October where five individuals pooled together to purchase the track. The timing of the purchase, coupled with the COVID-19 pandemic, and turned the 2020 season into a ‘reset’ for the new ownership as they are already looking towards the 2021 season. Growth in their karting program is one of the core areas of growth, and a possible karting-focused circuit outside of the original MPH course is something that may be on the drawing board in the future.

Head to www.racemph.com to learn more about the Motorsport Park Hasting facility and the Ignite Karting Nebraska program.