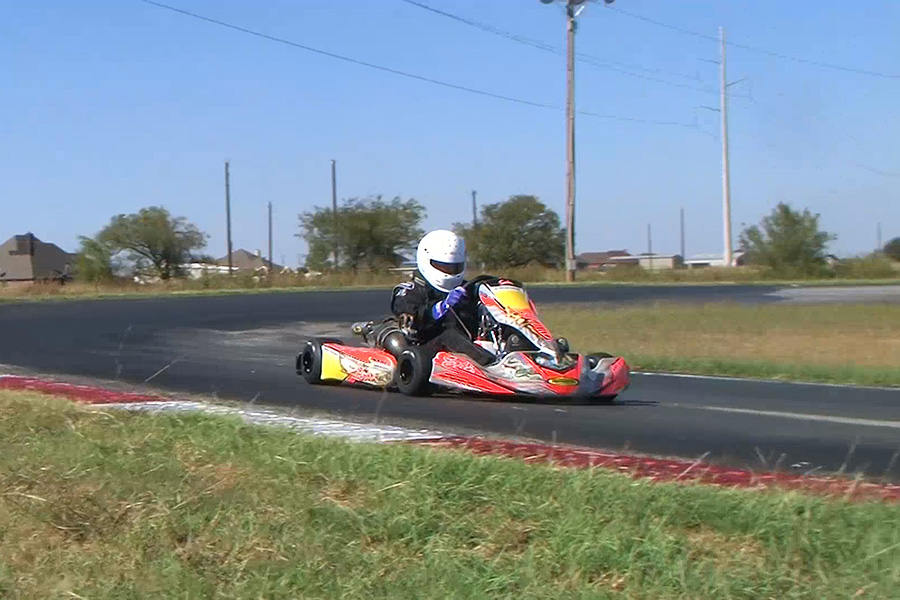 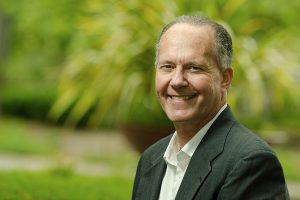 As I write this, it’s Sunday afternoon and day 342 of self-isolation; well OK, it’s really only about day 30, but it feels like it’s at least day 342!  The truth is, I had started the New Year with a great plan for my return to racing, only to learn the hard way (again) that plans can instantly blow up in your face through no fault of your own.

This whole year very much reminds me of a conversation that I had years ago with a friend of mine who is an extremely successful entrepreneur.  At that time, I had worked for countless hours to pull together a business plan for a business I was considering, and I wanted to present this plan to my friend to get his thoughts and perhaps, if he liked the deal, solicit his help with it.

When I gave him the neatly bound business plan that represented many hours of work and research, he held it in his hand, as if to weigh it, and before he even opened the plan up, he simply said, “There’s only one thing I know for sure about this plan.”

“It’s wrong!” he said.  Before I could leap over the table we were sitting at and strangle him, he said, “You have to understand that every day, things beyond your control are going to change, and that will force you to change this plan or any other plan, for that matter.”  And that pretty much describes my 2020 to this point…NOTHING has gone to plan!

The year 2020, of course, was meant to continue the progress that I had made in late 2019 with my “Begin Again” program, the idea being to use the off-season to re-acquire my somewhat limited driving skills after a thirty year layoff, learn chassis set up with a modern kart, and continue on my fitness program to be ready for my first race in March.  That sounded like a reasonable plan but my reality to this point has been very different. 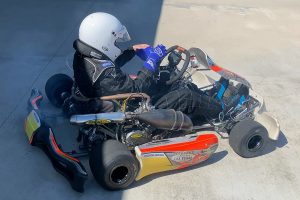 The title that I chose for this particular installment pretty much tells you what I have dealt with in 2020 so far:  I’ve gotten hit with two different strains of the flu (which is crazy because I rarely get sick), Dallas has had one of the rainiest late Winters/early Springs on record, and now the COVID-19 pandemic has hit.  Between getting sick with the flu, recovering from the flu, having practice sessions washed out from the rain, catching and then recovering from the flu again (a different strain of flu this time), enduring more rain outs and now sheltering in place due to the pandemic, I’ve managed to make only one trip to the kart track since the New Year!  Talk about your plans being ripped up in a shredder and then burned-that would be me, and I’m sure many of you who are reading this are feeling the same way as I am.  To say that I am not a fan of 2020 up until now is a huge understatement.  I heard one person say that, “On New Year’s Day, I thought I was going into the Roaring 20’s and instead I got the Great Depression!”  As far as I’m concerned, they’re not wrong!

The New Year kicked off for me with my first round of the flu.  I started feeling bad on New Year’s Day, and by the time the first weekend of 2020 rolled around, I had a high enough fever that I literally could not stop shaking from it.  The first Saturday of the New Year dawned warm and sunny, perfect for going to the track and practicing, but instead, I was visiting our local Doc-In-The-Box in search of some good meds to knock the illness.  Missing out on a day at the track because of the flu was frustrating enough, but to add to my torment, from the window of the waiting room in the doctor’s office, I could see my race trailer parked at the RV storage yard next door.  Figuratively speaking, I had been shot the bird by the Swine Flu (remember that?).

Once I recovered from the flu, the rains came and it felt like they’d never leave.  Finally, I got to make a trip to the track (North Texas Kartway in Denton, Texas) in mid-February, and while I was there, I actually made some serious gains.  In my previous article (click HERE), I mentioned that I had been chasing a corner entry push that was followed by exit oversteer.  This handling imbalance was not the entire reason for me being off the pace but it for sure wasn’t helping.  It turns out I was trying to tune my kart using a bad tire gauge-what I thought was 13 psi with hot tires with my old gauge was really 9 psi-so, basically, I was trying to drive on tires that were 2/3 inflated!

That one change instantly knocked two seconds off my lap times-the improvement would have been much more, but my inconsistent driving was killing me.  I would manage to take 2-3 corners really well, to the point where I would actually congratulate myself on how well I had taken them, and then immediately blow it in the next couple of corners by being in the wrong gear, braking too early, you name it, and lose what felt like a couple of days’ worth of time (Mental note: don’t get cocky!).  Despite my errors, by the end of the day I was very encouraged that I was heading in the right direction, especially after I made a gearing change (I dropped 1 tooth on the front sprocket) that knocked another half second off.  I was actually making set-up changes that worked. 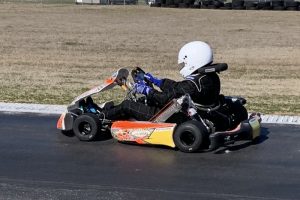 And then…the rains came, followed by another bout with the flu (thankfully, a much shorter bout this time) and then the COVID-19 pandemic hit, so I’ve been unable to hit the track since then.  After making the gains I had made during my lone outing in February, especially after a six week layoff, I was starting to feel pretty optimistic about how things were shaping up for the new season, so this pause in the action is especially frustrating.  Admittedly, I’m still off the pace, but now I know what I have to do to find the time I’m losing – the bulk of the pace I need can mostly be found between my ears.

Once the tire pressure issue was identified and corrected by simply purchasing a new digital tire gauge, I suddenly had way more confidence that my kart wasn’t going to bite me, because up until that point, the handling was unpredictable to the point of being almost diabolical.  With consistent handling, I found I could confidently push my Sodikart much harder into and through the turns than I had previously, and huge chunks of time effortlessly disappeared in the process.  Was I driving better?  Great question:  my answer is a qualified “yes”, because with more seat time, your driving will usually improve, but more importantly, the confidence of driving a kart with both consistent grip levels and a very nice handling balance allowed me to naturally improve my pace without trying any harder-the speed just came naturally without a lot of effort on my part.  Needless to say, I’m very excited for my next trip to the track, whenever that is.

But, first things first.  Here we are, shut in our homes and dealing with self-isolation.  What’s there to do in the meantime while we wait for life to return to normal?  Well, I believe that when you’re dealt with lemons, you make lemonade, so while we have all been told what we can’t or shouldn’t do during this lockdown, let me suggest some activities all of us can be doing right now as we prepare for the lockdown to be lifted.  So, from both a karting and personal perspective, here are some of the things that I’m trying to accomplish during this time:

At the end of the day, I am convinced we are all going to come out of this for the better.  It hasn’t been easy, and in the future, I won’t take for granted the things that I used to do and think nothing of, like going out to the race track.  In the meantime, I’m going to continue to use this time to continually improve myself until it’s time for life (and racing) to resume again.

And for my revised racing plans for 2020?  Well…I think I’ll hold off on making any new plans just yet, they’ll probably be wrong anyway!