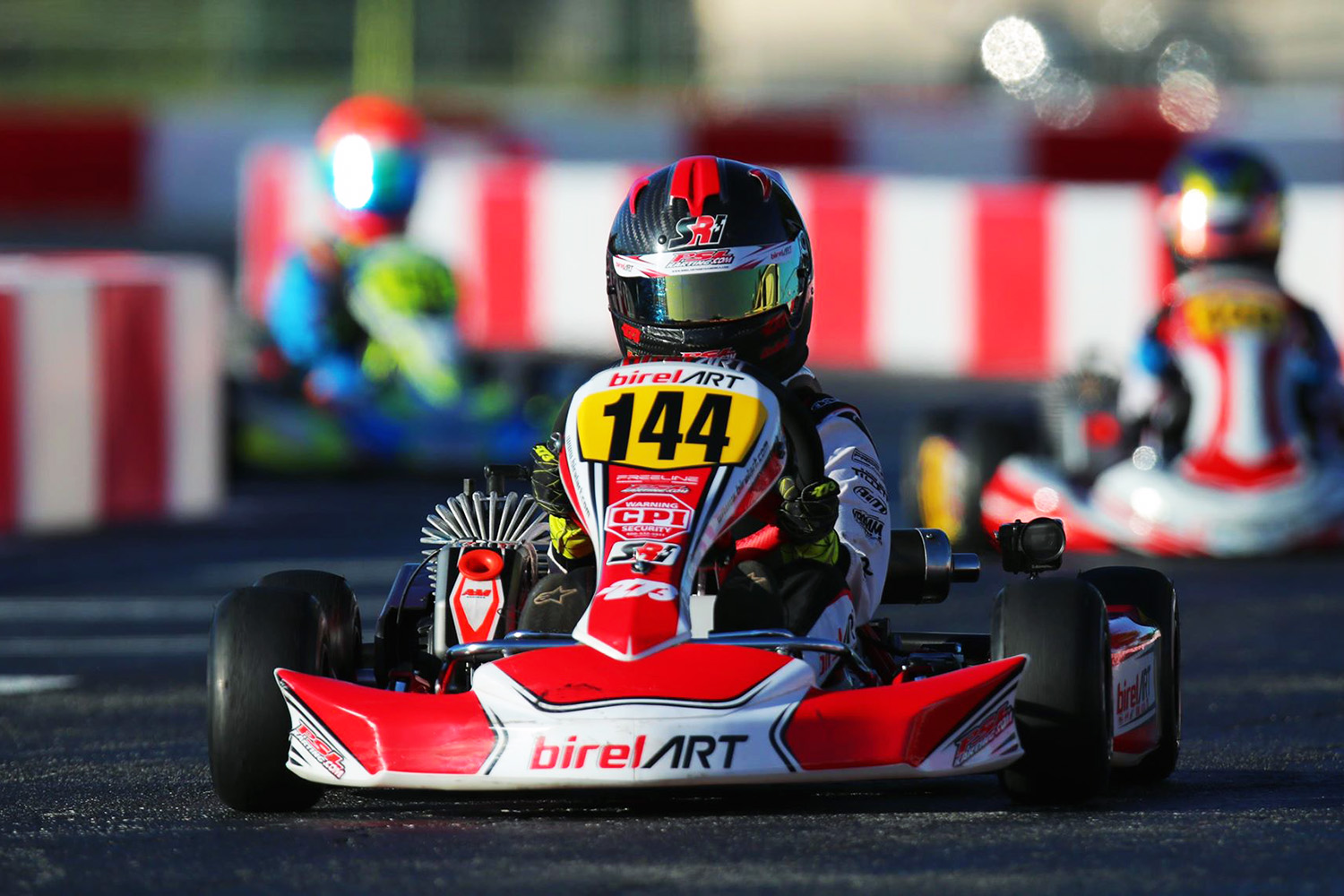 The month of March was not a total wash for the sport of karting during this COVID-19 pandemic. Before the Stay at Home orders were issued, the ROK Cup USA Florida Winter Tour was able to complete the 2020 championship season. Their third and final event was held on March 5-8 outside the Tropicana Field in St. Petersburg, Florida. This was the first time racing around a temporary circuit in St. Pete, and the second temp track for the series in 2020. The third event of the program crowned the 2020 champions, with those in the headline ROK categories earning tickets to the ROK Cup Superfinal at South Garda Karting facility in Italy for October.

Among those to claim a championship on the weekend was Mini ROK driver Caleb Gafrarar. The 2020 season is the second year in the Mini division for Gafrarar, a second generation driver racing under the PSL Karting tent aboard Birel ART. Gafrarar won the Micro ROK championship in 2018 and finished fourth last year at the FWT in his first season in Mini. Caleb G won the opening round at the Isle Casino Racing Pompano Park in January and finished third at the Ocala Gran Prix round in February to enter the finale as one of the top contenders for the championship.

Gafrarar started out the series finale by qualifying fourth, with the top-four within a tenth of a second. After a great start to the opening heat race, Gafrarar was spun around on the first lap, and dropped to tail of the field. He fought back to finish 14th. The second heat went without issue, as Caleb drove to the front and scored the win. It was a near repeat in Heat #3, placing second. Those results lined Gafrarar up on the inside row two for the Prefinal. Caleb was pushed down to fourth at the start of the 14-lap Prefinal, but from there, he charged forward. By lap 11, Gafrarar was into the lead and held on to the checkered flag to earn the pole position for the main event. 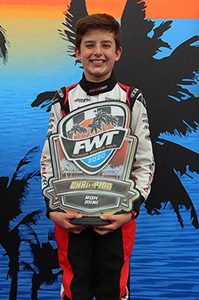 Chassis: Birel ART
Engine/Engine Builder: Woltjer Racing Engines, A+M Engines, GFR
Sponsors: PSL Karting, CPI Security, Bell Helmets, Minus 273, DB Motorsports, From the Ashes, SRI – Supplies for Racing
Series You Compete In:  ROK Cup USA, SKUSA, FK Formula Series Mexico, WKA
Years Karting: 7
How did you get started in karting?  My Dad…he is a multi-time national champion karter and it was a natural fit.  I started racing a kart around 2 pecan trees at the family farm at 3 years old.  Then when I was 4-1/2 years old, my Dad took me to GoPro Motorplex to drive the big track.  The weekend prior, my Dad had competed in the USPKS race at GoPro in the rain and wasn’t happy with his performance.  So on this practice day with me, he decided to go out with a different air pressure.  I wanted to go out but he didn’t want to change my slicks to rain tires.  I told him, “you’ve got to do more, Dad” and the rest is history!
What has been the high point in your racing career? In 2019 when I became a team driver for PSL Karting and BirelmART.
What are your goals in racing? To continue advancing from karts to open wheel to one day be a world champion Formula 1 driver
In a few words, how would you describe your driving style? Drive Like a Boss
Funniest moment at the race track? We used to go to Kershaw, SC (Carolina Motorsports Park) for their monthly kid kart races.  We would drive down on Friday night and spend the weekend there in our motorhome.  One of those nights, Matt Lankford took all of the boys (Brent Crews, Danny Dyszelski and me) to the Quick Mart Convenience Store, just outside the track, on the golf cart to get ice cream.  The next thing you know, the store owner has all of us kids lined up touching our toes and crossing our arms pinching our ears. Then Matt bought a can of cat food. He told us that whoever lost the race the next day had to try it…lucky for me I won the race!  But ask Brent how the cat food tastes!  If you go to that convenience store now, the owner STILL remembers us and that night!