Early sealed engines now unapproved for competition in 2020 and beyond 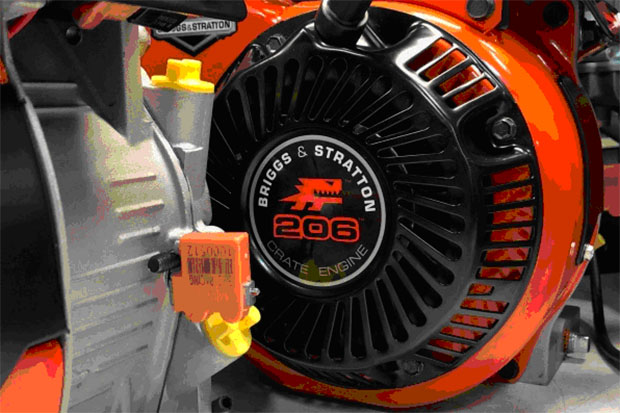 The 2020 season marks a new era for the Briggs & Stratton 206 engine package. The catalyst of the ‘Operation Grassroots’ movement here in North America has spread to new areas around the world, and the engine remains one of the easiest avenues for bringing racers back to the sport or introducing new drivers to karting.

Year after year, little has changed in the ruleset produced by Briggs & Stratton for the 206 powerplant. The 2020 season, however, does have some significant changes. Of course, the clutch rule was one of the most highlighted changes that has gone into effect with Inferno, Max-Torque, and Noram/Premier now set as the lone manufactured clutches allowed for the United States and Canada. In addition, the transition to the AutoLite AR3910X spark plug began March 31, 2020.

The question is, for those with engines that have the plain cable seal, what do you do with the engine? In its current form, the engine is not eligible for competition at any Briggs & Stratton 206 event in North America. Thankfully, there are plenty of options available for a racer in this situation.

1. Use as a practice engine

The expired Briggs 206 seal is no longer legal for competition.

If the engine you have with the plain cable seal is still performing well, leave it alone. Keep it as a practice engine and purchase a new Briggs 206 powerplant. For several years now, Briggs & Stratton have taken engines to events throughout North America, mounted them straight from the box to a kart, and that driver went on to win the race. You can get a brand new Briggs 206 online from Acceleration Kart Racing or the many other dealers throughout the United States for $599. Use all the components you have with your old engine or purchase a ‘Build Kit’ for roughly $199. 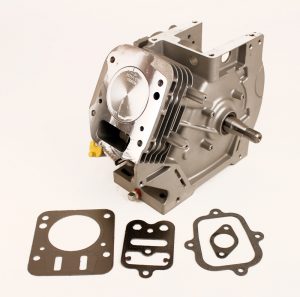 If you are not looking to add to your engine collection, the great news is that you can update your engine to make it legal for competition in 2020 and beyond. Contact your local engine builder for specific quotes. We contacted Gary Lawson at Comet Racing Engines. Lawson is the all-time winningest driver at the Rock Island Grand Prix, with many of those wins coming in 4-Cycle competition. Comet sells the short block ‘bottom end’ that comes with the new seal for $281 dollars. They can swap all the legal parts from your old engine over to the new short block for a $100 service fee. The old short block can be sold off to other kart racers for open or pro gas Animal engines. 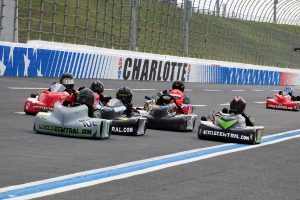 The Animal divisions are among the largest in road racing competition (Photo: Jennifer Henry)

The Briggs 206 engine package is based on the Animal powerplant. Production began in 2005 for the Animal, moving away from the Raptor engine. Up until the Briggs 206 was produced, the Animal was the leading 4-cycle engine choice throughout the United States. The engine remains the backbone of 4-cycle racing in road racing.

We connected with Regan Vehring of 4 Cycle Central, who is among the top engine builders and competitors in Briggs Road Racing. The transition to an Animal engine is about the same as a rebuild – $450. This includes all the new engine components needed to go from a Briggs 206 to an Animal; Camshaft – $75, Blue Ignition Coil – $100, Billet Connecting Rod – $75-85, components for alky carb, jets and needle – $18, and cut the head gasket surface for WKA depth and flatness – $20. The service includes engine assembly and component checks; crankshaft and valve train parts that would be reused (lifters, pushrods, rocker plate, studs, rocker arms). Of course, the piston and ring will be examined as well, which would likely include moving up to the next size. The service also includes valve service, cut seats, new valves, guides, and valve springs; what you would typically do with the 206 engine for service.

One of the key areas to review will be the clutch keyway of the crankshaft. If the keyway is hammered out too severe, a new crankshaft will run you $86. The exhaust system from the Briggs 206 can be used with the Animal form. The Animal has a non-spec exhaust pipe rule of 24” or less in length while utilizing the same spec silencer. Aftermarket camshafts now come with compression releases on the cam to be able to pull start the engines with recoils, thus not requiring the electric external starters. There are no clutch rules on the Animal, therefore drum clutches will work, however, dry disc clutches are utilized. Finally, methanol is used rather than pump gas for racing an Animal. At the end of each weekend, it is recommended to flush out the fuel pump, fuel lines and carb with pump gas from an external container at the end of each race weekend.

For more about converting your Briggs 206 to an Animal engine, contact Vehring at www.4cyclecentral.com. 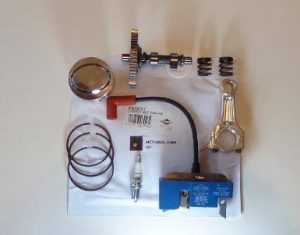 Another option for your old motor is a new conversion kit started by Briggs & Stratton 206 supporter Jim Frantz at Faster Motors. Frantz was there to help us at the 2012 Rock Island Grand Prix when we first dove into the Briggs 206 world for our OnTrack program. The Briggs 206 Super Stock increases the horsepower by 37% without any machine work or replacing the pull starter. Frantz states that the changeover is as simple as taking out the old parts, and putting in the new ones. Among the parts updated include the following:

The kit is available for $409.95. The carb would need new jets with a change to methanol instead of pump gas or racing fuel – sold separately from the Super Stock kit. The Road America Kart Club and GSR Kart Way in Wisconsin are currently offering a class for Super Stock, along with Tri-C Karters in California and Northern Nevada Kart Club.

Let us know what you plan to do with your Briggs 206 engine that has an expired seal.