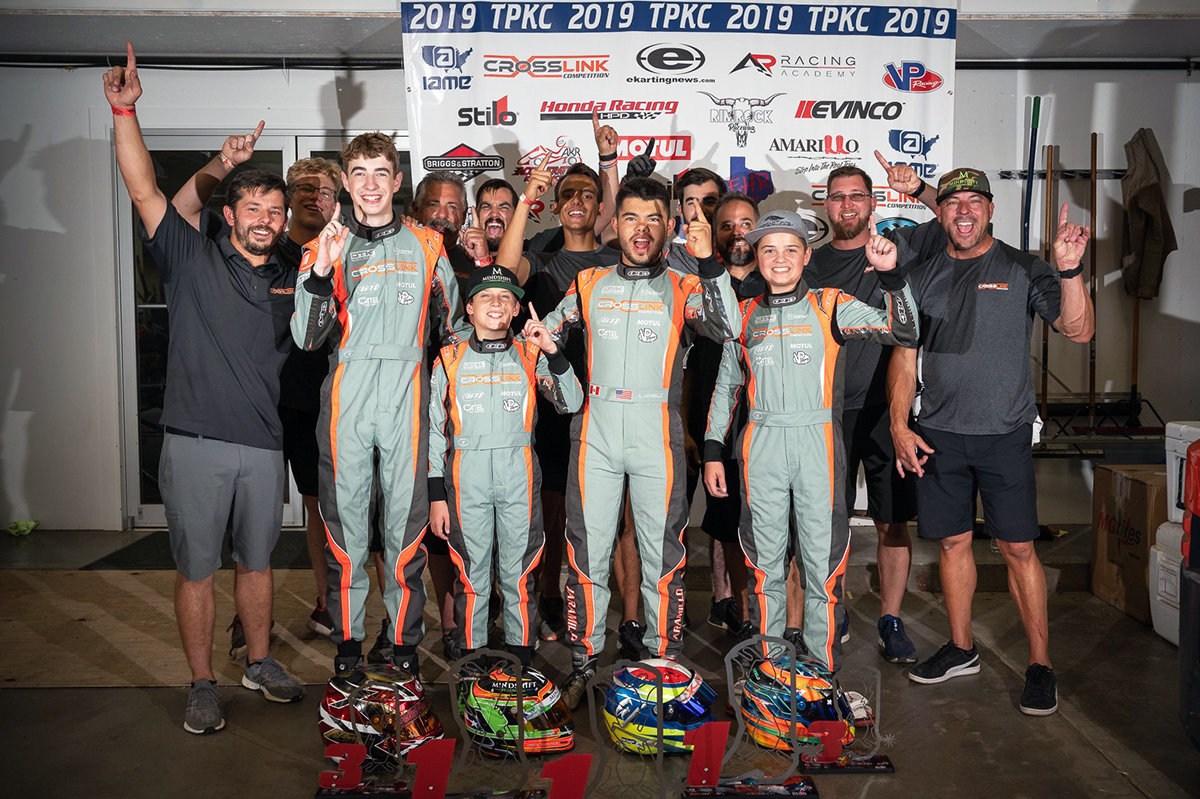 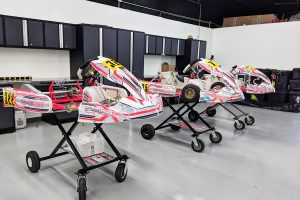 The state of Texas has been a hotbed for karting since the early years of the sport. Major events were held in the state very early on, including many sprint and road racing nationals dating back to the early 1960s. The ‘Lone Star State’ has produced countless top drivers over the decades and it remains one of the most competitive regions in the sport today. Helping to fuel the never-ending supply of current and future stars of the sport, both in karting and all the way up the motorsports ladder, is Crosslink Competition.

The karting portion of the operation was launched toward the end of the 2018 season, with the addition of Sean Owens. Many within the karting industry know Owens first as a racer, then a mechanic for many years before taking over the helm as General Manager at Crosslink Competition. Owens is a third generation karter, as his father Tom and grandfather Duane are also former karters. Sean began karting at 11-years-old, beginning with a Yamaha 3-hole can package at the historic North Texas Kartways in Denton. Eventually, Owens moved up to the Rotax program where he was very successful. A career highlight was placing second in DD2 to Danny Formal at the 2013 US Rotax Grand Nationals, earning a ticket to the only Rotax Grand Finals held on USA soil. Sean was part of Team USA that competed in November at NOLA Motorsports Park, one of five in the DD2 division. 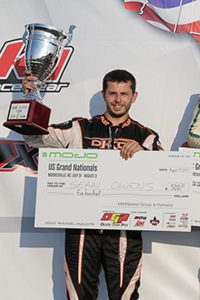 Off the track, Owens spent time working with Kevin Adds and Mike Jones at The Kart Shop in the Dallas area. The two then built the Dallas Karting Complex in 2011 in Caddo Mills, Texas. Owens was one of the key figures at the facility, and later with the DKC race team, when they become the importer for the Sodikart brand. Owens gained valuable experience of all facets regarding the karting business, track business, and managing a national traveling race team.

In 2018, Owens and DKC parted ways, as an opportunity arose for a new venture for karting and car racing. Patrick Flynn was an old DKC customer and helped support racer Jordan Sherratt here in the United States. Flynn’s Crosslink Racing program was starting up a new karting team and needed someone to help manage their F4 US Championship program. Owens jumped at the opportunity and Crosslink Competition made its debut at the end of 2018 at the SKUSA SuperNationals in Las Vegas.

Owens has helped to establish Crosslink Competition as one of the top race teams in the nation in a very short time. One of the primary breakout events was the 2019 SKUSA Pro Tour WinterNationals at CalSpeed Karting in Fontana, California. Former SKUSA SuperNationals winner Joshua Car won the X30 Senior division from Crosslink, and Derek Wang took a victory in X30 Master. The team also earned podium finishes thanks to Michael Ilavia (Pro Shifter 2), Ethan Thomason (Micro Swift) and Christopher Martin (KA100 Senior). 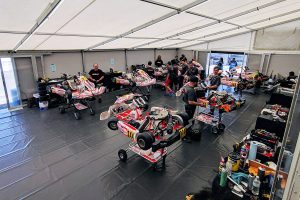 “We aim to be the premier karting team in the United States with a ladder to open wheel cars in the same program,” stated Owens. “Our goal at Crosslink is to develop young karters that aspire to be a professional race car driver and give them the skills necessary to do so, offering mental and physical programs alongside the normal testing for our drivers to train while we are not on track.”

Karting has long been looked at as a stepping stone or driver development system to the world of motorsports. To this end, Crosslink has established its own internal ladder system through to their F4 and F3 race teams. The Crosslink Racing with Kiwi Motorsport operation has won the last two team championships at the F4 US Championship Powered by Honda program, along with earning the driver title at the hands of Joshua Car. The F3 Americas Championship, now named Formula Regional Americas Championship Powered by Honda, is the next step up from the F4. This series is a new program for Crosslink as the 2020 season will be their first year competing at that level, and they’ll field a single care for Austin Kaszuba.

“Crosslink Competition is a tightly grouped, efficient team that all have the focus of winning,” added Joshua Car. “Patrick Flynn, the team owner, is extremely passionate about his racing and plays a very active role in engineering the race cars that helped me climax to take out the F4 US Championship last year. Sean Owens and Christian Boudon are very experienced with karting and there isn’t a problem or challenge that they can’t get around. The team very much focuses on creating better drivers, and even established drivers like myself, still learn more and more every time I’m at the track with Crosslink Competition. I had found myself with the best material I had ever driven, when I won the first round of the SKUSA Pro Tour last year.” 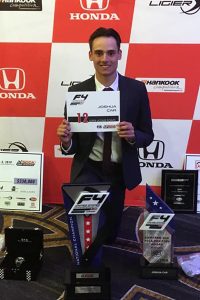 When not on the road at a race or test session, Crosslink Competition is busy each and every day in their Dallas, Texas headquarters. Their location provides multiple facilities to test when not racing. For the car program, Crosslink utilizes the Motorsports Ranch in Cresson, while the karting team has the option of either North Texas Karters and the Dallas Karting Complex. The shop is staffed with a number of individuals with vast racing experience to oversee both the car and kart programs.

The headquarters also serves as their sales location as a dealer for the Exprit Kart and OTK Kart Group products. Crosslink offers support and sales on IAME, ROK and Briggs & Stratton powerplants. Add in products and items from AiM, D.I.D, Elf, EM Technology, International Karting Products, Kart-Master, Motul, New-Line, Nextzett, OMP, ORG, Sniper, Streeter Super Stands, Tillett, and Unipro, and the shop is stocked to support karters in Texas.  Crosslink is also set to launch a new online store in the coming weeks to serve more customers outside of their Texas region.

Crosslink Competition recently launched their brand new website – teamcrosslink.com – and the online store component is to be ready in the coming weeks. Find them on all social media platforms by searching for Team Crosslink.