The 2019 season marked the fifth year of the Briggs & Stratton Weekly Racing Series Powered by RLV. The goal of the program is to promote the grassroots Briggs 206 platform across North America, providing racers with the opportunity to match up against other drivers from across the United States and Canada. The success of the program is fueled by the support of the racers, clubs and tracks that have signed up for the program and, in return, both the tracks and racers receive prizes at the end of the season, including many products produced by Briggs & Stratton.

The 2019 Briggs WRS program welcomed over 3,000 racers in Senior/Masters and Junior competition, spread out over almost 50 participating tracks throughout North America. With the help of RLV, the Hilliard Corporation and Amsoil, over $47,000 in prizes were awarded to drivers after their 2019 season. Prizes included the Briggs & Stratton Quietpower and PowerSmart Inverter Generators, Snapper XD Cordless Equipment, Hilliard Inferno Flame Clutches, and RLV Xtreme Chains.

eKartingNews.com is looking back at the drivers who finished in the top-10 overall in the USA and Canada, in the Senior/Masters divisions and the Junior ranks, and we’ve including a brief profile for the three drivers that finished as the #1 driver in their respective categories. The registration for the 2020 Briggs & Stratton Weekly Racing Series program is open until April 12. For more on the program, visit www.briggsracing.com 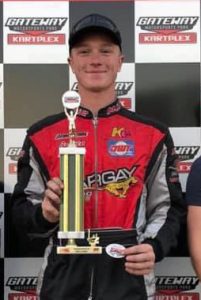 It has been a quick rise to the top for Illinois driver Hunter Richardson. The 18-year-old was introduced to the sport of karting in 2016 through the Gateway Kartplex program, having jumped on board with the new Ignite program. The spec Margay chassis with Briggs 206 power has become a fantastic new option to introduce people to the sport of karting. 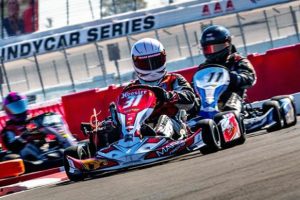 Richardson jumped in full-time in 2017, racing a full season at the Gateway Kartplex in Ignite Junior. Hunter finished fifth in the series championship with four third-place finishes as his best results of the season. Those results positioned him 136th in the Briggs WRS Junior standings for 2017. The 2018 season featured the move up to the Senior ranks, where Richardson placed seventh in the Gateway Kartplex standings for Ignite Senior with a total of two podium finishes, with a best result of second. His season total put him within the top-100 in the Briggs WRS standings for 2018, placing 99th in the USA and 137th overall for North America.

2019 was a breakout performance by Richardson, his third full season in the sport. Hunter dominated the Gateway Kartplex program by winning seven races, and placing runner-up twice in the 11 rounds of the Ignite Senior category to claim the series championship. Those results are what put him at the top of the Briggs Weekly Racing Series for 2019. Richardson was quick outside of Gateway as well, recording the fast lap of the race in both Ignite Senior main events at the 2019 Rock Island Grand Prix with a best finish of third in Final 2 behind veteran Pete Vetter and Daytona winner Evan Stamer.

“Margay brought me toward the 206 engine package due to the Ignite spec class,” offered Richardson. “The aspects I like about karting are the great competition on the track but also friendships off the track. I have never played another sport where my biggest competition were my best friends.”

Richardson is set to run all the Ignite Major events in 2020 with Margay Racing, along with other big Briggs 206 events on the season. 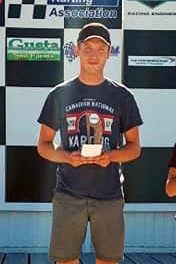 
For a second straight year, John Buzza has finished as the #1 driver in the Briggs & Stratton Weekly Racing Series for Canada. The Manitoba Karting Association is one of the leading kart clubs in Canada supporting the Briggs 206 movement. Buzza has been with the MKA organization since he and his father began karting in 2008. His first kart was mid-1990’s Birel AR1 when he was 11-years-old. 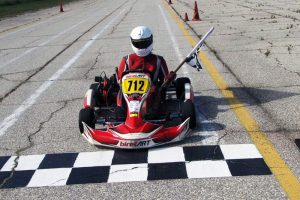 “Briggs and Stratton gives racers the assurance of engine parity and low operating costs,” offered Buzza. “This allows racing to be competitive and affordable at any level of racing across North America. Overall, the Briggs 206 package rewards good driving habits and race craft, and usually draws the biggest class numbers at any given event.”

The 2019 season was another championship year. Buzza matched his win total from 2018, winning eight of the 10 rounds, never finishing outside the top-two in the main events at MKA. This championship was the seventh in the last eight years at MKA in the Senior Briggs division, bringing his career title total to 14 at MKA between Briggs, Honda (4-Cycle) and Rotax competition. This is the third straight year that Buzza has been in the top-10 for the Canada standings, finishing seventh in 2017.

“The on-track action in karting is very competitive, and racers are pushed to better themselves and their karts on a weekly basis. While off the track, that competitiveness gives way to a family environment that has allowed me to make lifelong friends. Karting has taught me the ability to cope with high stress situations, maintain sportsmanship and respect for my competitors, and has showed me how to make the most of both the highs and lows of life.”

For the 2020 season, Buzza is taking a step back, and will be competing in a handful of club races, along with the Canada Final in Warburg, Alberta. 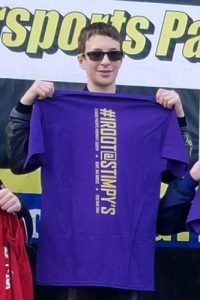 
Over the last three seasons, the Arnzen name has been toward the top of the Briggs & Stratton Weekly Racing Series Junior standings. It was 2017 when the name first appeared and finished at the top of the Junior standings with Tr3y earning the most points that season. The Tri-City Kart Club driver won seven of eight races that season at the Horn Rapids Kart Track in Richland, Washington, earning a second straight Briggs Junior 1 club championship. 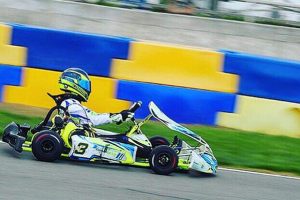 It was 2017 that TCKC joined the Briggs WRS program, and they have continued to be among the top tracks year after year. In 2018, Tr3y’s sister Daytona was among the top-10 in the Junior standings, placing fifth in the Briggs WRS after earning the TCKC Junior 2 Briggs 206 club championship with six victories on the season. Tr3y ended up earning a third straight TCKC Junior 1 Briggs 206 club championship with five straight victories, winning the year-end race in the Junior 2 Briggs 206 class to close out 2018. He ended up 39th in the Briggs WRS standings that year.

The 2019 season at TCKC was all Arnzen. Tr3y was able to win all eight rounds of the Junior 2 Briggs 206 program, earning his first championship in that category. At the same time, his sister won six of eight to win the Briggs 206 Senior championship at TCKC.

Tr3y began at Tri-City Kart Club in the Kid Kart division and he has been part of the program ever since. It was the low cost, low maintenance, close racing and parity of the engines that brought their family to the Briggs 206 engine package. It allows them to focus more about developing race craft and chassis setup than having the best motor.

“Tri-City Kart Club is in a league of its own in the Northwest,” offered Arnzen. “The facility is top notch, with paved pits, showers and the greenest grass around.  It’s all volunteer, but you would not know it the way it is ran.  If feels like a professional privately-owned track!  They are in constant upgrades every year to keep getting better and better.”

Arnzen is set to run the KPX Karting Championship and IKF Northwest programs in 2020 along with the full TCKC schedule.