Behind the Laptop: Karting Is Not Cancelled 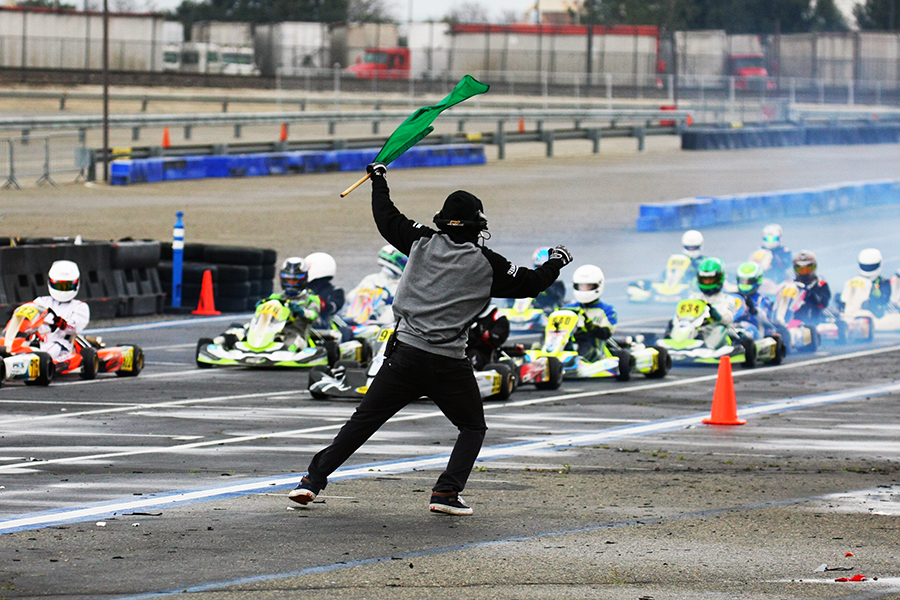 The past week has been a period of extraordinary implications due to the wave of the COVID-19 virus around the world and, of course, into the United States. As I begin writing this column, I am on my way home from New Orleans on a Saturday, a day in which we should be watching the events unfold during the opening round of the Superkarts! USA Pro Tour WinterNationals at NOLA Motorsports. Instead, the event was immediately suspended once the governor of the state issued a direct order regarding events of 250 people or more.

SKUSA CEO Tom Kutscher met with track officials, the track’s legal counsel and other officials to find a way to continue the event. Unfortunately, there was nothing that could be done and prior to the final round of practice, the event was called. The attitude throughout the paddock on Thursday and for much of Friday was one of enjoyment but tempered by some anxiety. Teams and drivers were excited to get the 11th season of the Pro Tour underway, and no one was leaving the track to stock up on toilet paper. As events around the world unfolded, including the string of motorsports events that began getting cancelled or postponed, the fear of the same fate falling upon us at NOLA was growing.

Officials from SKUSA handled the procedure professionally, as did all the teams and competitors once the ruling came over the PA from track officials and Kutscher himself. I was not alone in seeing the emotion from Tom regarding the situation, barely able to speak at the beginning as he knows the amount of time, effort and money the over 200 entries put into being there. As the sun continued toward the horizon, teams packed up all their machines, tents and tools not knowing exactly when the next time everyone would be together.

On the surface, the inability to complete the two days of racing for the SKUSA Pro Tour WinterNationals was a depressing moment in our sport. However, I believe this will be a great opportunity for us to focus all our attention on what type of improvements we can make to the sport itself. A time of reflection, if you will.

The great thing is this; while this particular event, along with other major events could not go on, karting in general will. Kart tracks across the United States are planning to remain open, in keeping with local restrictions in regard to the amount of people at the facility in addition to other implementations put down by the government. As we all traveled home from the cancellation of the SKUSA WinterNationals, the fallout continued with the re-scheduling of the Challenge of the Americas finale in Sonoma, and the postponement of the United States Pro Kart Series opener in Ocala. Other larger regional events have done the same. This leaves many in the industry with time on our hands.

Something that we have talked about for many years now is how packed the schedule at the national and regional level really is. Team members who were in NOLA were already on the limiter in terms of travel and time away from home. This will be a great way to recharge our sport during this downtime as the country and the world tackle this pandemic.

Those in the industry can regroup. Engine shops can catch up on all their work without the rush to flip over customers’ powerplants going from race to race. Kart shops can focus on getting some great deals out to customers as many around the United States have yet to hit the track for the 2020 season. And, of course, race teams have a great opportunity ahead of them.

As we write this, there are still many kart tracks that are not closed and remain open. Now is the time for team owners, mechanics and those in the karting industry to head to the local track and connect with the grassroots level of the sport. Our sport cannot grow from the top down, and in recent years we have been able to see steady growth at the local level. During that growth, there are a lot of new racers to the sport that are continually learning the basics. Who wouldn’t want to learn from the sports’ best at their home track?

Today is part of the beginning in the unknown future, for our daily lives and when our daily routines can return to normal. Karting has always been adapting and changing from the time the first kart hit the parking lots in California back in 1956, and this period is no different. Now is the time when your true passion for the sport will shine. Make sure to support your local kart track and local kart shop by getting out there and enjoying a few laps one inch off the ground, where all the worries in the world can disappear once the visor goes down.