Catch up on all of the stories from NOLA

EKN’s Paddock Insider is part of our Trackside coverage, bringing you notes, updates and breaking news as it happens. The article will feature notes from trackside at the 2020 Superkarts! USA Pro Tour WinterNationals, which is being held this week at the NOLA Motorsports in New Orleans, LA. This is insider info will not be seen anywhere else. Please feel free to comment and discuss our coverage and today’s action in the EKN Global Members Discussion area below. 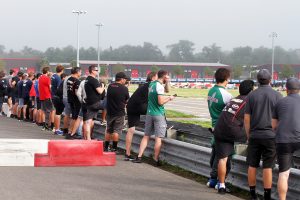 The SKUSA WInterNationals goes on despite the COVID-19 pandemic (Photo: EKN)

The big story this weekend and around the world is the impact that COVID-19 is having on our everyday lives. Coming into the weekend, what began as simple monitoring has resulted in multiple events in the United States, including major sporting contests from coast-to-coast being postponed or cancelled. With each passing minute, the impact of the virus around the world and here in the United States has increased. Walking around the paddock Thursday afternoon once arriving, the viewpoint around the paddock was not of panic but of shock at how the events around the country unfolded. Each having different views and perspectives, but all still excited to be here in NOLA to race.

A meeting that included team principals was held at the end of the day hosted by Director of Competition Joe Janowski and Race Director Neal Strickland in a closed-door session. Many feared it was to discuss cancelling the event, however, it was focused on communicated some positives and negatives within the SKUSA Pro Tour. SKUSA officials provided some things they wish to address and took in feedback from the team managers in attendance according to those who spoke to us after the meeting.

Karting events are being impacted around the country as well, dependent on local, city and state guidelines that have been mandated. Thankfully, much of the focus will be on the track once drivers begin fighting for position to help take away the unprecedented events going on throughout the country and around the world. 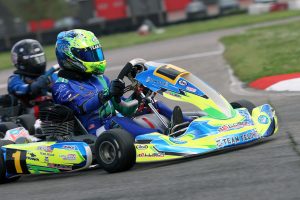 A number of drivers are in new categories then originally scheduled, including three 2019 champions. Matt Johnson (Nash / EOS) was scheduled to race in X30 Senior, and did race in the category last weekend at the Texas Sprint Racing Series. His kart was shipped from California to NOLA, instead of in a trailer, and suffered damage. The kart was never the same and his pace was not where he wanted it to be. After talking with the team, they replaced his FA Kart with a new EOS chassis, and moved him back to X30 Master for the weekend. Renato Jader-David (Orsolon / Tony Kart), is attempting both X30 Senior and X30 Master, despite them back-to-back in the schedule. We will follow that as the weekend goes on.

2019 G1 champion Jordon Musser (PSL / Birel ART) has moved up to the Pro Shifter 2 division. His ultimate goal is to improve his pace running against the younger drivers, and to try to be within two tenths of teammate Pro Shifter driver Jake French. That opens the door for a new champion in G1 for 2020.

Connor Zilisch, the 2019 KA100 Junior champion, was set to run double duty in the X30 Junior and KA100 Junior. When he arrived Thursday for unofficial practice, he was in the Senior divisions to help better prepare for the impending European schedule. The advancement was with no issues from the FIA, however, after some advice from those in the paddock, they elected to keep him back in Junior to avoid any issues with his international license. Zilisch is 13-years-old and turns 14 later this summer. Thus, Zilisch is back to the Junior categories for the weekend and waiting to see what happens with the Europe schedule for the rest of his season. 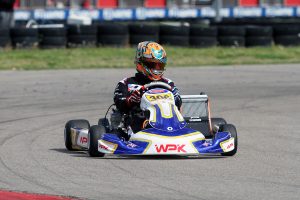 Cody Gillis is one of three drivers piloting the new Will Power Kart (Photo: EKN)

This weekend marks the debut of the Will Power Kart. The 2014 NTT IndyCar Series champion and 2018 Indianapolis 500 winner has kept the connection with karting over the years. During his first year’s in the United States, he participated at the RoboPong 200 event at New Castle Motorsports Park, and in recent years the SKUSA SuperNationals in Las Vegas. Now, he is turning his passion into a brand. The Will Power Kart is manufactured by Kart Republic, and imported here in the United States by KartSport North America. The beginning models of the chassis are based off the Kart Republic, with further development to come. Power is working with MPG Motorsports on the deal, featuring three drivers here this weekend. Aussie Cody Gillis has moved here to the United States at the beginning of 2020, and the 2017 Rotax Grand Finals DD2 champion is racing in X30 Senior. Brent Crews is carrying the chassis in X30 Junior and 2020 SKUSA Winter Series Mini Swift champion Max Garcia has moved over. More information on the brand will be available in the coming weeks as Power was in St. Pete for what was suppose to be the opening weekend for the IndyCar season. The website www.willpowerkart.com will launch soon, but for now follow them on Facebook, Twitter and Instagram.