11th season of program kicks off in the ‘Big Easy’ 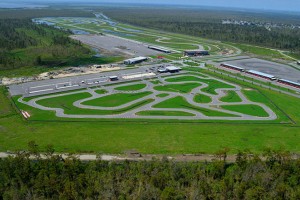 The 2020 Superkarts! USA Pro Tour begins this weekend as the program hosts the fourth edition of the SKUSA WinterNationals at the NOLA Motorsports complex in Avondale, LA. This year is the 11th season for the national championship, which started back in Sonoma 2010 with the first edition of the SpringNationals. The WinterNationals event was not added until 2017, contested at NOLA the first two years before it was run at CalSpeed Karting in California a year ago. The return to the 1.1-mile, 17-turn circuit brings a similar total of entries as last year’s WinterNats with the pre-entry list growing up to 204 heading into the weekend, all vying to begin their chance at a SKUSA Pro Tour crown in 2020.

eKartingNews.com has been broadcasting the SKUSA Pro Tour since the program began in 2010. EKN is happy to provide full Trackside Live coverage throughout the 2020 season. Xander Clements takes over the announcing duties for Rob Howden, who is in St. Pete for the IndyCar / Road to Indy weekend. Those unable to attend can listen in to the live broadcast – presented this weekend by Leading Edge Motorsports, Kart Republic and the Lockhart Grand Prix by P1 Promotions. Bookmark www.ekartingnews.com/live and follow the EKN social media channels for more throughout the weekend at NOLA. 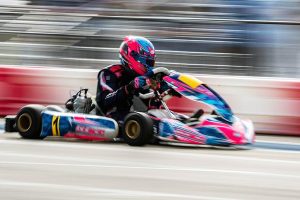 The focus of the X30 Senior division is going to be all on Ryan Norberg (RPG / Kosmic). The four-time defending series champion begins his ‘Drive for Five’ this weekend, coming off a second straight SKUSA Winter Series crown. At 39 total entries, there are 38 other drivers looking to earn victories on the weekend and end the title streak of Norberg. Brandon Jarsocrak (MDR / Kosmic) has been one of the top challengers over the last four years, ending 2019 second in the SKUSA standings and EKN Driver Rankings to Norberg. Canadian Samuel Lupien (RPG / Kosmic) and Dante Yu (PSL / Birel ART) were second and third to Norberg in 2018, both making a return to the SKUSA Pro Tour this weekend.

While Norber won the SKUSA Winter Series title, he did not win in any of the four rounds. Four different drivers earned their first victory of the 2020 season in Homestead, and three of them will be in NOLA. Hannah Greenemeier (RPG / Kosmic) picked up her first SKUSA victory in the category, seeking to become the first female winner in the class at the Pro Tour level. 2018 SKUSA Pro Tour Junior champion Arias Deukmedjian (KSNA / Kart Republic) earned his first Senior victory in SKUSA competition in Homestead, set for a return to the SKUSA Pro Tour after a limited karting schedule in 2019. Brazilian Ollin Galli (NF Piquet / CRG) also won in Homestead, and is coming off victory at the Texas Sprint Racing Series event last weekend. 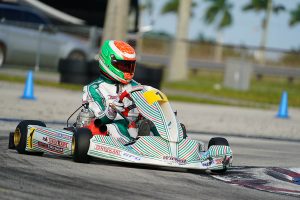 A number of rookie Senior drivers could be in the fight on the weekend, coming off a solid first few months to the season. Luca Mars (SCR / Redspeed), Luke Lange (SCR / Redspeed), Branyon Tiner (RPG / Kosmic) and Santiago Trisini (Nash / Tony Kart) are among them. Another new name to the SKUSA Pro Tour is Brazilian Diego Ramos. The newly crowned Florida Winter Tour champion won the ROK the RIO race in November, coming in with a best finish of eighth at the SKUSA Winter Series.

The story going into the weekend for the Pro Shifter / Pro Shifter 2 division is the inclusion of the KZ engine. All eyes will be on the performance of that powerplant in comparison to the IAME SSE 175cc engine. Going into the weekend, nine drivers make up the Pro Shifter class with three selecting the KZ engine. The pool to compare will be strong with the last three champions in the field. 2019 title winner Kyle Wick (RPG / Tony Kart / SSE) comes in looking to defend the crown and earn his first SKUSA Pro Tour victory since SpringNats 2018. The champion that year was AJ Myers (Magik Kart / KZ), and is fresh off a second straight title at the Florida Winter Tour. The new #1 in the EKN Shifterkart Driver Rankings is Jake French. The 2017 title winner is enjoying his second-life behind the wheel that began last May. Since then, French (PSL / Birel ART / SSE) has been one of the top drivers in the country and is coming off a double-win weekend at Challenge of the Americas in California. Last year’s Pro Shifter 2 champion Race Liberante (HMG / CompKart / SSE) is making the jump up for 2020. Jamaican Collin Daley (DRT / DR Kart) and Rory van der Steur (Magik Kart) are the other two drivers racing KZ in Pro Shifter. 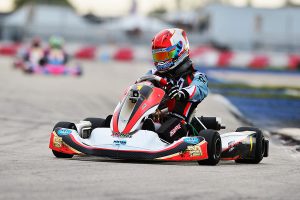 In the Pro Shifter 2 category, there are no returning drivers from the top-three in the 2019 standings. The engine selection is nearly 50/50 with five on the SSE and four on a KZ. The most notable entry in the category is four-time SKUSA Pro Tour champion Jordon Musser (PSL / Birel ART / SSE). The Texan has four titles in Master category, making the move back over to the Semi-Pro division this weekend. Graig Alvarez Jr. (PSL / Birel ART / SSE) is one of the more experienced drivers in the field next to Musser. A new driver to Pro Shifter 2 is Vicente Salas (MRC / Croc Promotion / SSE). The ProKart Challenge S3 champion from 2019 and the Lancaster Grand Prix Scholarship winner scored two wins in his Pro 2 debut at the SKUSA Winter Series.

The KA100 Senior division, now heading into its second year on the SKUSA Pro Tour, is starting out the season with a record total for the class. The weekend total for NOLA has surpassed the previous record set at the SummerNationals with 24 drivers set to battle. Only one driver carries the SKUSA #1 plate, and that is inaugural champion Austin Osborne (IRM / Tony Kart). Osborne certainly has a tall feat in repeating as champion with a strong roster of drivers racing at the WinterNationals. Inaugural USPKS KA100 Senior champion Alex Bertagnoli (KSNA / Kart Republic) and former SKUSA Junior champion Brandon Lemke (Franklin / Merlin) are two former champions with plenty of 100cc background. Garrett Adams (Comet / FA Kart) and Colton Ramsey (Franklin / Exprit) have been among the top KA100 drivers over the past two seasons. The category is also bringing back drivers with Michael and David Ilavia returning with Crosslink Competition. This class also has some strong Senior rookies in Connor Ferris (TFR / Kart Republic), Dylan Peck (RPG / Kosmic), Hallie Schroeder (Ruthless / Exprit) and Caleb Shrader (RPG / Kosmic). 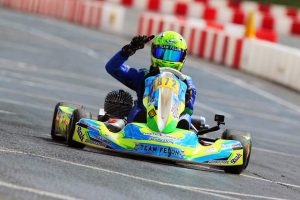 Connor Zilisch has been nearly unstoppable in Junior competition to begin the 2020 season (Photo: CKN) 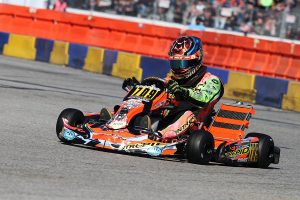 Scott Barnes is among the new contenders in the G1 division (Photo: EKN)

The X30 Master field has two former champions, minus last year’s title winner. Matt Johnson (Nash / FA Kart) has elected to compete in the X30 Senior category, along with SKUSA Winter Series title winner Renato Jader-David (Orsolon / Tony Kart). That opens the door for 2018 champ Leonardo Nienkotter (REM / Kosmic) and two-time champ Derek Wang (BBR / FA Kart) a chance to add to their total. Vatche Tatikian (PGR / Ricciardo) is the top returning driver from last year, carrying the SKUSA #2 plate after what was likely one of his best seasons. Five drivers will fight it out in X30 Super Master, with DJ Ortiz (KRS / Tony Kart) the top driver from 2019 on the class roster.

Of the 10 drivers in the G1/G2 division, only one has a KZ on the entry list. Carlos Lopes (Rivera / GFC / KZ) is the lone driver to select a KZ powerplant heading into the weekend, making his SKUSA Pro Tour debut in G1. Bermuda driver Scott Barnes (HMG / Intrepid / SSE) and Joe Ruch (IRM / Tony Kart / SSE) lead the way for top contenders along with Anthony Stiffler (HMG / CompKart / SSE), who finished third at the SKUSA Winter Series. The G2 category is five deep, with SKUSA Winter Series champion Justin Peck (RPG / Tony Kart) and SKUSA #2 Ken Schilling (Aluminos / SSE) entered. Nathan Stewart (PSL / Birel ART / SSE) is making a return to the SKUSA Pro Tour, making his first start in the G2 division. 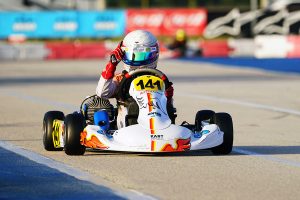 The Mini Swift category is among the larger classes of the event with 35 drivers set to battle. None of them finished last year in the top-three of the SKUSA Pro Tour standings, thus opening the door for a handful of drivers to stand out by the time we reach the SummerNationals. Among the top contenders heading into the weekend include SKUSA Winter Series champion Max Garcia (KSNA / Kart Republic) and Florida Winter Tour champ Caleb Gafrarar (PSL / Birel ART). Each raced at NOLA in 2018 in the Micro Swift division, each earning two podiums with Gafrarar landing a victory. They finished 1-2 in the standings that year with Garcia scoring the title. Parker DeLong (Nitro Kart) and Cooper Shipman (IRM / FA Kart) are two of the top drivers returning from last year’s standings, along with the Franklin / Merlin duo of Cameron Brinkman and Austin Jurs. Miguel Costa (MC / Kart Republic) has been busy racing internationally at the end of 2019 and beginning of 2020. Of the 10 drivers from outside the USA, Jay Urwin (Supertune / Tony Kart) could make a big impact. The Kiwi is making a return to the SKUSA Pro Tour after racing the SpringNationals and finishing 8th at the SuperNationals.

All eyes are on 2019 champion Jack Iliffe (IRM / Tony Kart) in Micro Swift. Iliffe finished third at the SKUSA Winter Series, an improvement from last year and won at the Texas Sprint Racing Series event last weekend. Kai Johnson (AKT / Energy) is poised to be one of the top challengers, finishing second at the SKUSA Winter Series and coming off a third at the Florida Winter Tour point chase. Over half the field is from outside the USA, including drivers from Mexico, Great Britain, Brazil and Panama.

Be sure to follow all the action on the EKN Live page along with social media channels of EKN beginning Friday morning in New Orleans.