Three Victories for Calvo and Leading Edge Motorsports in Fontana 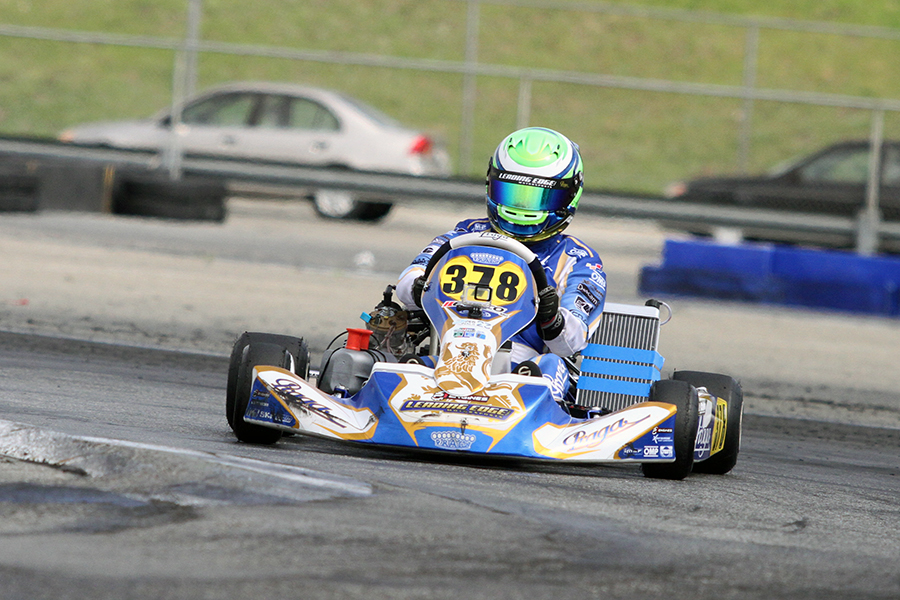 For Greg Bell’s Leading Edge Motorsports program, the winning ways from 2019 have continued into the 2020 season. After claiming lucrative victories at the two biggest events of the season to close out last year, the Lodi, California-based team has earned a total of seven wins in just two weekends to jump start the new season. Leading Edge Motorsports followed up its four-win performance at the ROK Cup USA Challenge of the Americas opener in Tucson last month with a three-victory weekend at the program’s second event of the championship, which was held on February 21-23 at the CalSpeed Karting facility in Fontana, California. LEM driver Oliver Calvo racked up another three-win performance aboard his LEM-prepared Praga, while LEM Formula K driver Cypress Andruss added two podium results to his 2020 resume.

Calvo completed a second double-duty weekend in Fontana, competing in the Senior ROK and Senior 100cc divisions on the weekend, earning the wins in three of four main events for a second straight time in 2020. Oliver swept the Senior 100cc category in Tucson, and scored both main events at CalSpeed to extend his win streak to four races aboard his LEM Praga Dragon Evo 2 chassis. The Saturday main event was forced over to Sunday due to the event being postponed prior to their Final. The conditions on Sunday morning were wet, with a drying track just prior to their green flag. LEM and Calvo made the call to run dry Bridgestone tires, which in the long run, was the correct call. While he struggled in the early laps for grip, the track continued to get quicker and quicker. With three laps remaining, Calvo took over the lead and scored the victory. Sunday’s round began with Calvo posting fast time in qualifying, and he would take second in the Prefinal. With another delay prior to their Round Four main event pushing the race to just after sunset, the race was shortened to a 10-lap shootout. Calvo jumped out to the lead and never relinquished the spot to earn his fourth straight in the class. 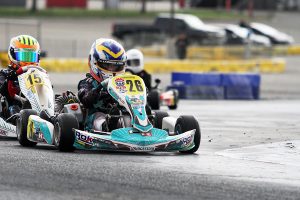 The Praga chassis in the Senior ROK division was among the quickest all weekend in CalSpeed. Issues in qualifying for Round Three action on Saturday put Calvo at the tail of the field for the Prefinal. Oliver made up half the positions on the opening circuit and reached the second spot at the end of the 14-lap sprint. The main event was started in wet conditions, with all but one driver selecting rain tires. Track conditions changed drastically over the run, and Calvo finished as the top driver on rain tires in the second position. Only 89 thousandths of a second in qualifying kept a Round Four sweep away from Calvo. That was the difference in fast time between he and the top qualifier, with Calvo lining up second in the Prefinal. Oliver secured the top spot in the heat race and started the Sunday Final from the pole position. Contact in the opening corner dropped Calvo down to 10th by the time they had completed the first circuit. With fast laps of the race, he ran down the two leaders in 19 laps. On the final circuit, Oliver went from third to first, securing his second victory on the season in the category.

LEM driver Cypress Andruss has started the 2020 season with a string of four podium finishes in the Micro ROK division. Competing with the Formula K Monster Evo chassis, Andruss left CalSpeed with two third-place results. Cypress won the Round Three Prefinal, however, their main event was moved to Sunday morning in wet conditions where he fell to third in the final order. Round Four nearly saw Andruss score his first COTA victory, leading the main event on the final circuit. Contact in the final corners sent him spinning, yet he was still able to continue and finished third for his fourth straight podium on the year. 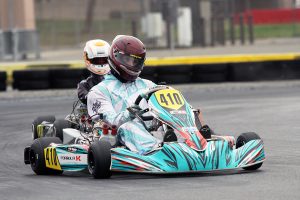 The Formula K Evo 30-2 chassis proved to have speed throughout the weekend in the Shifter ROK division. LEM’s roster for the category doubled as Enzo Prevost joined Texan Mark Snyder in CalSpeed. Prevost led the charge in Round Three, climbing from ninth to second in the early laps of the Prefinal until contact forced an early retirement. Enzo was the second quickest driver on the track in the Final, climbing from 22nd to ninth while Snyder advanced 12 positions to finish sixth, putting the two LEM drivers inside the top-10. Prevost remained toward the front in Round Four, ending up sixth again in the shortened main event. Snyder had issues in the Prefinal that forced him to retire early, but he gained six spots in the Final to finish 20th.

Leading Edge Motorsports’ welcomed Casey Moyer to the team for his first start of the 2020 season in the Mini ROK division. The Round Three main event held in wet conditions on Sunday morning saw Moyer drive to a sixth-place result, while mechanical issues forced him to retire in the Round Four main event after starting seventh in class.

Next on the calendar for the Leading Edge Motorsports operation is the 2020 opener for the KPX Karting Championship regional program. Their first event is set for March 21-22 at the Prairie City Kart Track in Rancho Cordova, California. The following weekend, LEM remains close to home for the series finale for the ROK Cup USA Challenge of the Americas program, scheduled for March 27-29 at the Simraceway Performance Karting Center in Sonoma, California. New Formula K and Praga chassis are currently being assembled in the shop and karts are being prepped for each event. Contact them by calling 866-585-5278 or visit leadingedgemotorsports.com, and be sure to follow them on Facebook.