French jumps to top spot over Ramirez and Myers 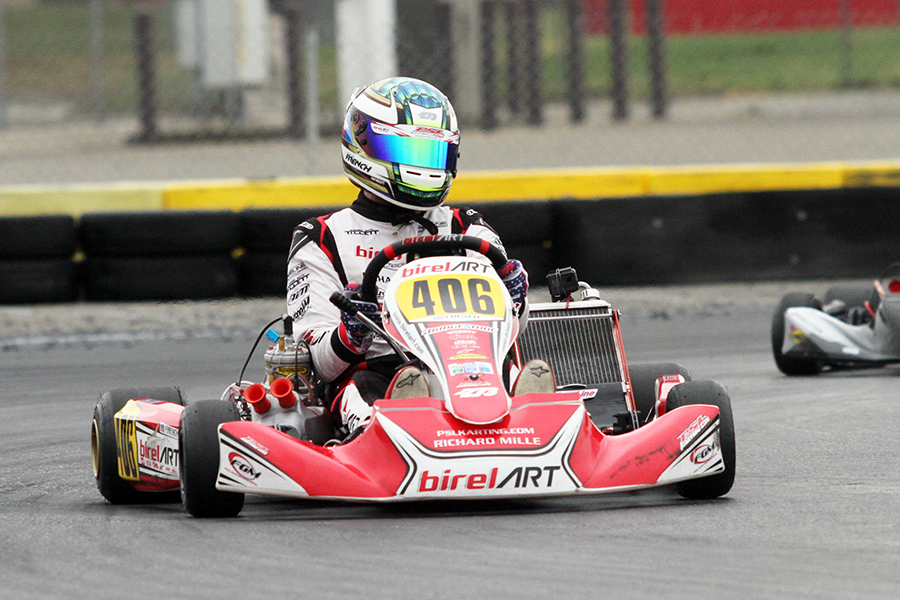 Jake French begins the 2020 season as the #1 in the EKN Shifterkart Driver Rankings (Photo: EKN)

The dynamics of shifterkart racing here in the United States is in a new era, with unique engine formats and series providing the opportunity for drivers to bang a six-speed gearbox. The 2020 eKartingNews.com Driver Rankings Powered by Bell Racing USA continues to follow that which was set last year, including the many series and engine types that produce shifterkart racing to be part of the program. A total of 132 rounds of racing will be included in this year’s Driver Rankings schedule – which begins with a new driver at the top of the standings.

Over the past 12 months, Jake French (PSL / Birel ART) has been one of the top shifterkart drivers in the country. The former SKUSA Pro Tour champion has won under that banner, along with in the ROK Cup USA format, to jump to the top of the standings to open up 2020. That has moved 2019 #1 Mathias Ramirez (Trackmagic) down to second and 2018 SKUSA Pro Tour champion AJ Myers (Magik) to third, with all three improving their scores and sitting above the 7000-mark.

The advancement of French has dropped four-time SKUSA SuperNationals winner Billy Musgrave down to fourth and 2019 SKUSA Pro Tour champion Kyle Wick (RPG / Tony Kart) down to fifth. Each won twice at the SKUSA Winter Series events in January and February – for Musgrave a pair of wins in his iKart debut. Those results did not transfer over to the EKN Driver Rankings program as there were not enough racers to qualify for calculation. Thus, neither were able to improve their score.

Holding strong in sixth is Andrew Bujdoso (Magik), who puts all four SKUSA Pro Tour winners from 2019 in the top-six. Bujdoso improved his score slightly with his two races at the Florida Winter Tour, earning a podium finish in Ocala. Jumping up to seventh is Challenge of the Americas championship leader Hunter Pickett (GFC). His sweep of the Tucson opener in January helped to elevate his score and move him up one spot in the standings. That dropped 2019 SKUSA Pro Tour Pro Shifter 2 champion Race Liberante (J3 / CompKart) down to eighth, improving his score only five points without a podium finish in two weekends at Challenge of the Americas. Rory van der Steur lost points and moved down to 10th as Kol Bailey advanced four spots to ninth. Bailey puts three GFC drivers into the top-10 with Rory giving Magik three drivers in the top-10 as well. Falling out of the top-10 is 2019 Challenge of the Americas champion Ron White (RWR / CRG) – down to 23rd – who should be back behind the wheel in March following injuries from a motorcycle incident in December.

On the Move to begin 2020 are a number of drivers getting the new season off to a great start. Cole Shade (GFC) is one of them, shinning at Challenge of the Americas in the first two events to be in the championship chase with two podium results in four rounds. COTA Junior ROK champion William Ferguson (SSM / Kosmic), Jace Denmark-Gessel (Tony Kart) and Ethan Ho (APM / Kosmic) made their debuts on the shifterkart standings, set to climb into the top-50 by next month. 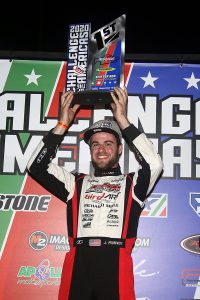 The drive to #1 began in May when French joined Croc Promotion USA to replace 2018 SKUSA Pro Tour champion AJ Myers. French was out of the seat, wrenching and driver coaching up to that point. The 2017 SKUSA Pro Tour champ went to work, on track every week from then on and came away with a double win weekend at the SummerNationals in New Castle. In October, French ended his relationship with Croc Promotion USA and joined PSL Karting. The combination led to a runner-up finish at the SuperNationals and the work began for 2020. French has gone coast-to-coast, racing at the Florida Winter Tour and Challenge of the Americas under the ROK Cup USA program. A total of two wins and three top-five finishes in six races has propelled French to the top position to begin 2020. 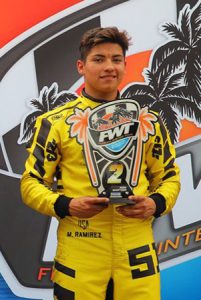 The 2019 #1 shifterkart driver for the EKN Driver Rankings is moving up. Not in the standings but in the motorsports ladder system. Ramirez has signed to race the Cooper Tires USF2000 Championship for the 2020 season. Ramirez started out 2020 in his Trackmagic ride at the Florida Winter Tour, currently sitting fifth in the championship standings after two top-six results. Those two finishes helped to improve his score, yet 11 points from the top position to begin the 2020 EKN Driver Rankings. Ramirez is looking to follow in the footsteps of his fellow Floridians Oliver Askew and Kyle Kirkwood in the Road to Indy program. 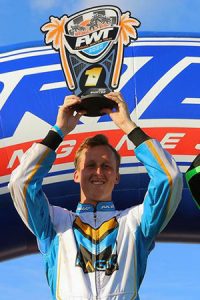 The bid to retake the #1 position in the EKN Driver Rankings has begun for 2018 SKUSA Pro Tour champion AJ Myers. The 2019 ROK Cup USA Florida Winter Tour champ won the opening round in Miami and finished fourth in Ocala to remain as the leader in the point standings heading into this week’s series finale in St. Pete. The opening two events – improved his score in the standings – and were with a new team, joining the Magik brand that made its debut at the SuperNationals. It was Myers’ spot at Croc Promotion USA that French took, with AJ getting picked up by CRG Nordam. That relationship last through the SuperNationals before Myers moved to the Magik operation to kick off 2020.