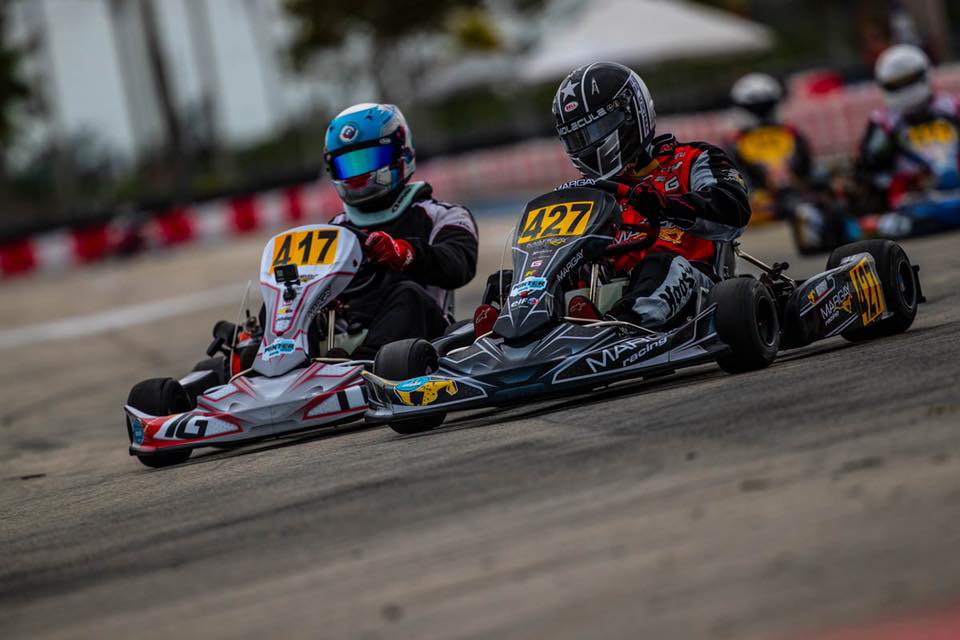 The Margay Ignite program is undoubtedly one of the biggest success stories of the last decade in the sport of karting. The historic manufacturer introduced its Ignite spec formula in 2015, using its new K3 chassis as its foundation, and the sealed Briggs & Stratton 206 engine as the powerplant. The spec formula has lowered the cost of entry to the sport and has brought both new racers into karting and old racers back to the sport they once loved. Rooted in the Midwest at the Gateway Kartplex at Worldwide Technology Raceway at Gateway and extended through the Margay Ignite Challenge that takes the core racers to tracks in Illinois, Missouri and Iowa, the Ignite platform is growing in leaps and bounds. 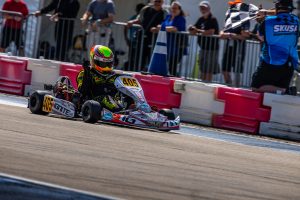 With more tracks coming on-board with the Ignite formula, Margay launched its new ‘Majors’ program late last year. The ‘Majors’ branding pulls from the pro golf world and highlights six high-profile events that provide Ignite racers with an opportunity to travel outside their home track and region and compete against other Ignite drivers from around the country.

The first two Ignite Majors of 2020 were the pair of Superkarts! USA Winter Series weekends at AMR Homestead-Miami Motorplex in January and February. These races provide the chance to get out of the cold and into the Florida sun at a marquee event. SKUSA welcomed the Ignite family with open arms and the initial event in January drew 29 drivers split between Senior and Masters, including IndyCar drivers Santino Ferrucci and Gabby Chaves. The second event was run this past weekend in Florida and the grid grew to 35 drivers, including the inaugural USAC Karting Battle at the Brickyard winner Charlotte Lalonde from Canada. 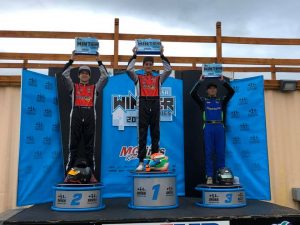 The Margay racers put on a tremendous show in Homestead
(Photo: Mark Schwigen)

The Ignite drivers put on an impressive show of racecraft at both events and their excitement and overall positive attitude was infectious. It was clear that the racers in the program are simply enjoying themselves at the track, which is the primary purpose of our sport in the first place. The idea is to have fun, and the Ignite racers embrace that concept. One of the great stories was the father-son duo of James and Jed Perkins, who both scored main event wins in the Ignite Senior class. Jed would go on to the win the Winter Series championship. It was the first time on SKUSA history that a father and son and won a race in the same class in the same year.

The next Ignite Major on the schedule is the famed Quincy Grand Prix in Quincy, Illinois on the June 13-14 weekend. The unique street race is run in the town’s South Park, which is unlike any other race in the United States with its incredible setting, elevation changes and huge spectator turnout that traditional tops of the 15,000 mark. eKartingNews.com will be taking in the event for the first time, as the race will be part of the 2020 EKN Trackside Live Tour Presented by Cooper Tires. EKN Editor-in-Chief and Publisher Rob Howden will be trackside to call the action alongside event announcer Randy Kugler, and the audio will be streamed on the EKN Live page. Howden will also make his return to the track, suiting up to run in the Margay Ignite Masters class, 23 years after competing in the Yamaha Pipe category in 1997. 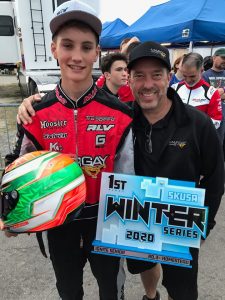 Following the Quincy Grand Prix, the remaining Ignite Majors for 2020 include the USAC Karting Battle at the Brickyard at the Indianapolis Motor Speedway in July, the Elkhart Grand Prix street race in August and, lastly, the famed Rock Island Grand Prix on Labor Day weekend.

The Ignite program provides options for racers, both with kart ownership and arrive-and-drive programs at all the Majors. You can bring your own equipment and race, or you can contact Margay and set up an arrive-and-drive and simply fly or drive in and compete. Margay’s tent program is all-encompassing and provides everything a race needs to have a successful and enjoyable weekend.

The 2020 season is primed for continued growth for the Margay Ignite program. Two new tracks have been announced in the last month, including Whiteland Raceway Park in Indiana and the Motorsports Country Club of Cincinnati on Ohio, which will feature the Ignite classes in their new ProAm Karting Championship.

For more information on the Margay Ignite program and how you can join the community, head to www.ignitekarting.com.