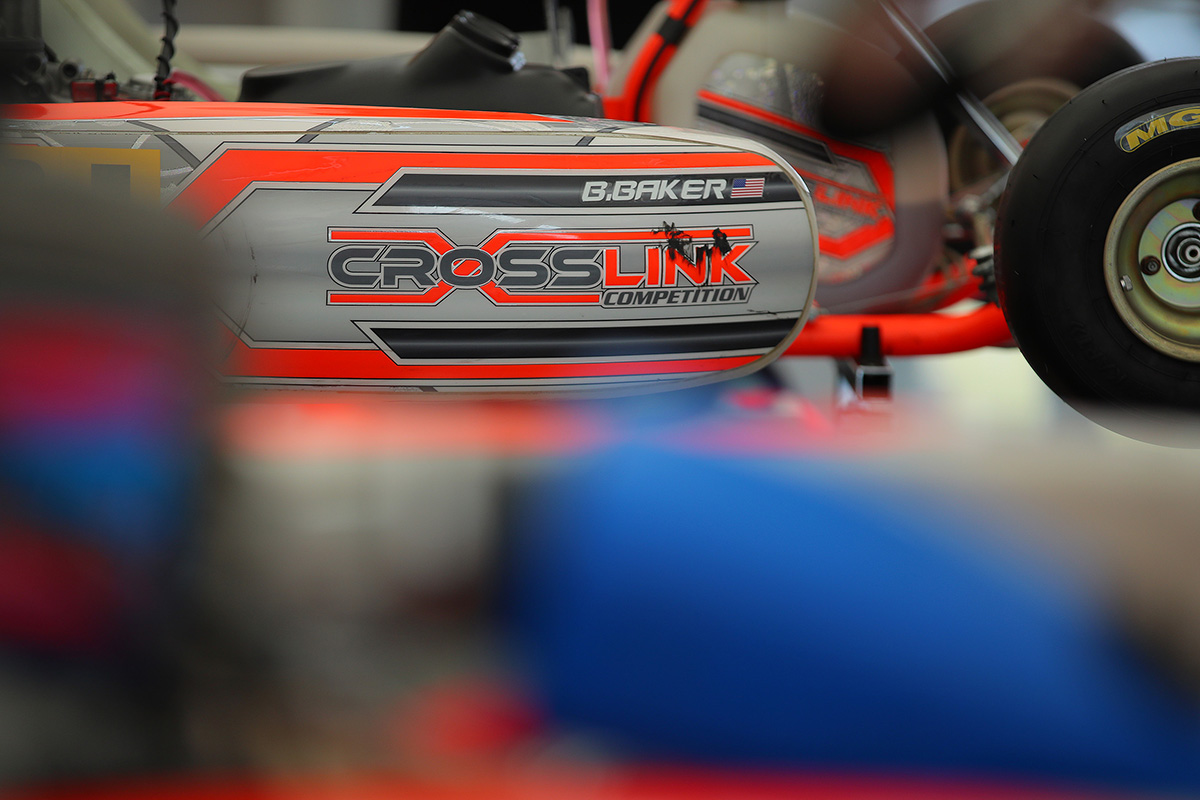 Team Crosslink will conclude their SKUSA Winter Series this weekend at the AMR Motorplex (Photo: CKN)

As news progressed through the karting industry of Team Crosslink driver Ryan Shehan’s terrible accident, the Texas based outfit is doing what Ryan would have wanted them to do. Focused on the task at hand, Team Crosslink will enter five Exprit Kart drivers in the final Superkarts! USA (SKUSA) Winter Series event this weekend at the AMR Motorplex in Homestead, Florida. Additionally, Team Crosslink is dedicating the next two weekends of competition to Ryan Shehan.

“It was a terrible incident that Ryan was involved in, and he is very lucky to only have sustained the injuries he did,” explained Team Crosslink’s Sean Owens. “Ryan is a fighter and he will be back, but also he would not want us to slow our team’s progress because of him. We will race in his name both this weekend and next weekend and try and bring him a few race wins!”

Claiming a podium result in the opening round of the SKUSA Winter Series, X30 Masters driver Miguel Mier will lead the team into South Florida. Sitting second in the championship points battle, the veteran racer will be aiming for the top step of the podium as he looks to leapfrog his competition and make a run at the title.

A trio of Team Crosslink drivers will enter the X30 Senior division as Brendan Baker, Reilly Cann, and Dawson Svoboda will throw their hats into the mix. Showing speed at the opening event weekend, the trio ran into some bad racing luck when wheel-to-wheel action commenced. Spreading the Team Crosslink and Exprit logo across a few of the competition classes this weekend, Jake Giordano will enter the Mini Swift ranks.

Unofficial practice for rounds three and four of the SKUSA Winter Series will begin on Thursday and roll through Friday. Saturday and Sunday will be the home of two complete race days that include warmup, qualifying, prefinal and main events. Aiming for the top step of the podium during both race days, Team Crosslink will also be gunning for the top step of the X30 Masters Championship Podium with Miguel Mier. Stay tuned to the team’s social media channels for up-to-date news, information, photos and results throughout the weekend.

Team Crosslink will compete in several local, regional and national level programs. With arrive and drive programs, product sales and services, driver coaching and data analysis, Team Crosslink will also turn over one or two race chassis following events. Drivers looking to compete with the elite level karting program or to pick up gently used team equipment are asked to contact Sean Owens via email to Sean@crosslinkcompetition.com