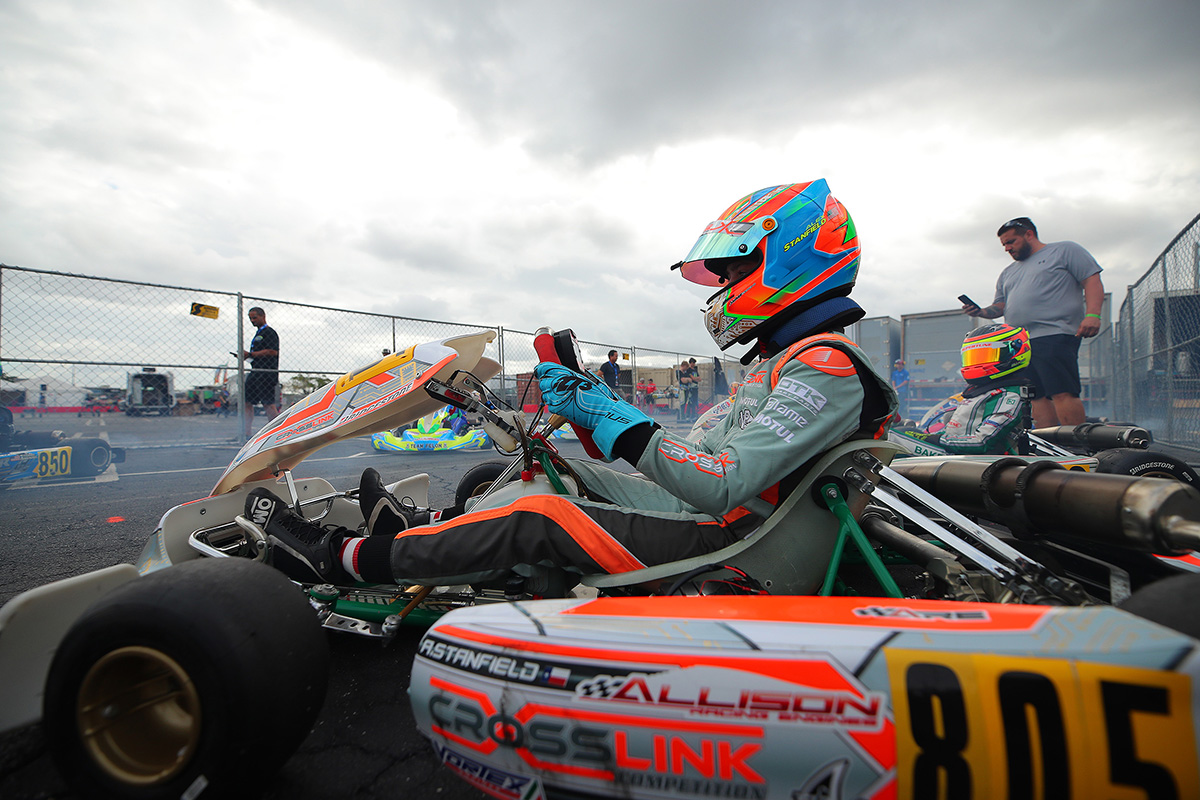 It was Team Crosslink’s second event in as many weeks as Vortex ROK engines were bolted to the right side of the Exprit brand of chassis for the opening round of the 2020 Florida Winter Tour. Entering four drivers with a total of five entries at the Isle Casino temporary circuit in Pompano Beach, Florida, Team Crosslink secured a pair of top-ten results, including a prefinal victory as all five drivers showed pace in practice running inside the top-ten during Friday’s official sessions.

Competing in a pair of classes and leading Team Crosslink on the results sheet was Alex Stanfield. Running in both the ROK Junior and 100cc Junior, Stanfield ended his weekend with two seventh place results after winning the prefinal in the 100cc Junior division.

“Alex drove great all weekend and was one of only a few drivers that tried their hand at two classes,” explained Team Manager Sean Owens. “It is difficult to go back and forth with two different engine platforms, but Alex did it with ease and I believe it helped him come to grips with the track quicker than others.”

After finishing sixth, third and fourth in the 100cc Junior heat races, Stanfield secured the prefinal victory and pole position for the Sunday’s main event. Hoping to continue his success, an early race overtaking forced Stanfield to lose his momentum as he went on the defensive. Trying to keep a hold of a podium result, the young Texan driver fell back to finish seventh. In the ROK Junior category, Stanfield battled more than thirty other drivers as they all looked to start their season off on the right foot. Finishing ninth, twelfth and twelfth in his heat races, Stanfield went on to finish eighth in the prefinal and gained one more position in the main event to cross the line in seventh. 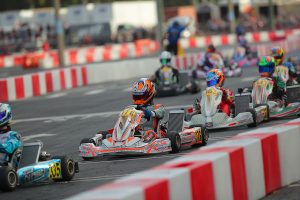 Chase Gardner improved six positions in the ROK Junior main event advancing forward from his 20th place starting position to finish 14th. After three heat races that saw him in the top-15, Gardner returned to the front half of the field after a disappointing finish in Saturday’s final on track session.

A pair of Team Crosslink drivers battled in the ROK Senior class as Ryan Shehan and Ethan Ho sported the Crosslink branding. After qualifying tenth and finishing tenth in the prefinal, Shehan was taken out of contention in Sunday’s main event and would be classified in 32nd. Fellow Team Crosslink driver Ethan Ho improved from his 25th place qualifying effort to finish 19th after the weekend’s final checkered flag.

Owens added, “We will take some time to regroup and work on our weaknesses and improve our strengths. It is not easy to come to Florida and race these on tracks that are new to us, but we will keep pushing and work our way up the results sheets.”

Team Crosslink has arrive and drive programs available for all regional and national level events that include product sales and services, driver coaching and data analysis. Drivers looking to compete with the elite level karting program or to pick up gently used team equipment, are asked to contact Sean Owens via email to Sean@crosslinkcompetition.com.