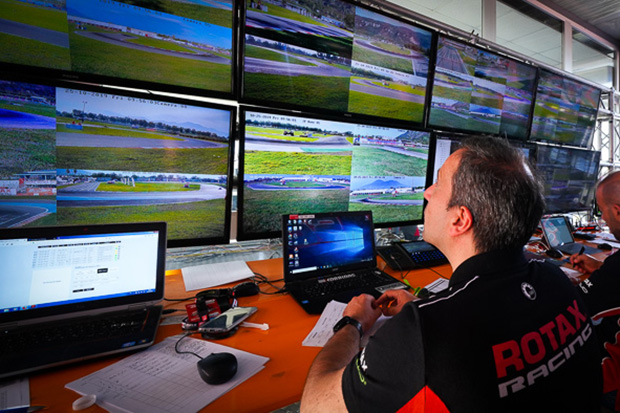 Considered an indispensable element for the success of major competitions, Race Control can, however, intimidate some organisers due to cost and complexity. In order to solve this issue, the Portuguese company, Wise Frontier (WFR), developed a system as simple to configure as it is to use, and which has already proven its excellent effectiveness in prestigious events.

Wise Frontier’s Race Control team who designed and developed the solution is made up of technicians with personal experience in racing, and officers recognised for the sporting management of events. Thanks to their great knowledge of the field, they felt the need to create a package specially adapted to racing, which has been confirming its potential since its first usage in 2014.

Ease and speed of implementation.

The first point on which WFR based its system, with the help of progress in technology, concerns ease of installation, implementation and uninstallation. Thanks to its expertise, the WFR team has the ability to quickly position a sufficient number of cameras in the most strategic locations. The solution is adaptable and autonomous in any situation. The use of remote-controlled cameras allows changes of perspective. The WFR system is adaptable to any track and allows a reduction of 80% of the normal time of a conventional installation, as one day is sufficient for assembly and disassembly is done in just a few hours. The saving of time and expense is truly impressive.

The control room can be easily installed in a circuit area, so as to remain in contact with officers and participants. Although the most common configuration is the multi-screen, the WFR system works well with only a single control screen, in multi-window mode. Camera quality and software performance make a difference during races.

The experience of racing was not only useful for the design of the WFR project. Its usage is also based on a team of the most qualified staff, both technically and sportingly. A recognised personality in the sporting environment, Manuel Branco is a perfect example: “I raced for several years myself before moving to the other side of the competition as a race director. I have a great knowledge of the equipment and racing situations. This allows me to intervene quickly and wisely to filter out the relevant information to provide to sporting commissioners so that they can make decisions with full knowledge. It’s WFR’s whole philosophy. Each of our teams is composed of two operators and a race director, all licensed by their ASN, who have the mastery of the situation at their fingertips. We cannot find better in terms of effectiveness.”

The quality of WFR services is also in its relationship with drivers. They can ask to see the images of the incident concerning them, be heard, and understand the impartiality of decisions. If customers are satisfied, the promoter is satisfied and the WFR team therefore contributes to the success of the event.

WFR developed its Race Control system in 2013 and began to establish its benefits from 2014 in Portugal and Spain. Its activity now extends to several European countries, such as France, as well as South America. WFR collaborated in particular on the success of the Rotax Max Challenge Grand Finals 2018 at Paraíba (BRA) and in 2019 at Sarno (ITA), the 2019 Rotax Max Challenge International Trophy at Le Mans (FRA) and also the National Karting Series in France.

With its skills, WFR is able to manage the wi-fi network at major events, such as this year in Sarno, with more than 2,500 people connected. WFR has a live streaming project in development for any competition, in the same spirit as Race Control: effectiveness, simplicity and economy are the keywords.