The first major event of the 2020 season is set for this weekend in the sunshine state. The Superkarts! USA will welcome racers to the AMR Motorplex in Homestead, Florida for the opening weekend of the 2020 SKUSA Winter Series. A pre-entry total of 229 drivers in 13 categories are set to tackle the 7/10-mile course outside the Homestead-Miami Speedway for two rounds of competition on the weekend.

Wednesday and Thursday were unofficial practice with Friday hosting five official sessions for testing. Round 1 is set for Saturday, including qualifying, Prefinal and Final. Round 2 is a repeat format on Sunday. 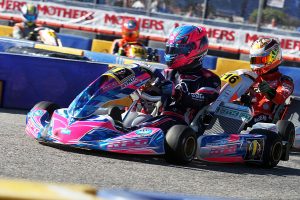 eKartingNews.com is set for the opening event of its 2020 Trackside Live program. The voice of Superkarts! USA, EKN’s own Rob Howden, will be calling the action all weekend. Those unable to attend can listen in to the live broadcast – presented this weekend by Acceleration Kart Racing, Alan Rudolph Racing Academy, and Briggs & Stratton Racing. Bookmark www.ekartingnews.com/live and follow the EKN social media channels for more throughout the weekend in Florida.

The largest category entering the weekend is the X30 Senior class at 50 drivers. It was a year ago that Ryan Norberg was making his debut with the Rolison Performance Group operation aboard a Kosmic. It eventually led to a SKUSA Winter Series championship off three wins and a fourth-straight SKUSA Pro Tour title with three wins in six rounds. The effort to put ‘one on the thumb’ and complete a five-year streak of Pro Tour titles begins this weekend. The bulls eye has grown even larger on the back of Norberg with 49 others in the field. There are numerous drivers that will be in the hunt. Notable international stars include Brits Taylor Barnard (KSNA / Kart Republic) and Louie Westover (Solo Kart USA). Defending SuperNationals winner Zachary Claman-Demelo (REM / Kosmic) is set to compete. He will not be the only driver with IndyCar experience, as 2019 Indy 500 Rookie of the Year Santino Ferrucci is set to make his return to SKUSA competition. Ferrucci (CRM / Swiss Hutless) raced at the recent WKA Daytona KartWeek and was upfront all weekend. One of the stories to watch is the graduation of Junior drivers making their Senior debuts. Four of the top-six from last year’s SKUSA Winter Series are in the field; Luca Mars (SCR / Redspeed), Diego Contecha (Orsolon / Tony Kart), Luke Lange (SCR / Redspeed), and Branyon Tiner (RPG / Kosmic). 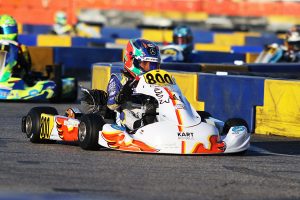 The next largest is X30 Junior, that will see new names at the front for the SKUSA Winter Series with many graduating up in 2020. It will be new names for the series, but not unfamiliar to being at the front; including Brent Crews (KSNA / Kart Republic), John Burke (Supertune / Tony Kart), Josh Pierson (RPG / Kosmic), Nikita Johnson (AKT / Energy), Jeremy Fletcher (Zanella / Tony Kart), Logan Adams (Comet / FA Kart) and Mateo Rubio-Luengo (KSNA / Kart Republic). The Junior fields will see another good crop of drivers coming up from the Cadet level in 2020, with eyes on how Anderson Leonard (Supertune / Tony Kart), Jack Jeffers (Orsolon / Tony Kart), Logan Toke (PKS / Ricciardo) and Michael Costello (Benik) adapt to the full size kart and quicker powerplant. Coming in to possibly steal the show could be Italian Andrea Kimi Antonelli (KSNA / Kart Republic), who is among those pulling the double duty.

The KA100 Junior class grew from last year’s numbers, up to 25 entered heading into the weekend. Antonelli, Crews, Pierson, Rubio-Luengo are among the many doing double duty. Watch for KA100 regulars Jorge Ortiz (Supertune / Tony Kart) and Tyler Wettengel (KSNA / FA Kart) to be among those contending as well. The jump up to Junior in the KA100 from Cadet is a bit easier for the smaller drivers to adapt, so look for Christian Miles (KSNA / Kart Republic), Ava Dobson (Franklin / Merlin) and Cameron Weinberg (Benik) to be quick out of the gate. 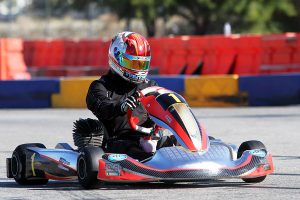 A total of four drivers raced in the KA100 Senior class at the SKUSA Winter Series last year in its debut, and now has 15 entered for the opening weekend. Julia Boos (Kaos / Tony Kart) was the champion last year with runner-up Colton Ramsey (Franklin / Exprit) returning as well for 2020. SKUSA Pro Tour champion Austin Osborne (IRM / Tony Kart) is making the trek over from Texas to warm-up for his title defense in 2020 with Garrett Adams (Comet / FA Kart) looking to get the new year started right. IndyCar’s Ferrucci is also running this class, coming off a provisional win at WKA Daytona KartWeek. A pushback bumper penalty took the win away, but expect him to be among the quick drivers come Friday practice.

While numbers are up in the KA100 divisions, the entries are down for the start of the second year with the IAME SSE 175cc shifterkart engine. A total of 11 drivers in the four classes for the Superkarts! USA engine package are entered heading into the weekend. Pro Shifter has three, and holds the two defending champions from 2019. Pro Shifter champion Kyle Wick (RPG / Tony Kart) and Pro 2 title winner Race Liberante (HMG / CompKart) will do battle. Pro Shifter 2 has the most entries with four, with Baylor Griffin (Orsolon) as the only returning driver. The Streets of Lancaster Grand Prix Scholarship winner Vicente Salas (MRC / Croc Promotion) is making the long trek from California while Florida drivers Alan Isambard (RossoKorsa USA) and Connor Tebbe (KSNA / Kosmic) complete the roster. G1 and G2 each have two drivers. HMG drivers Brandon Reed (CompKart) and Anthony Stiffler (DR Kart) will do battle while Justin Peck (RPG / Tony Kart) and Ken Schilling (Aluminos) square off in the elder division. 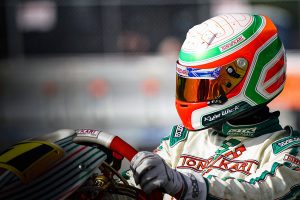 New for the 2020 SKUSA Winter Series is the addition of the Margay Ignite program. Their spec chassis with Hoosier tires, powered by Briggs & Stratton 206 have categories for Senior and Master, which will replace the regular 206 divisions from last year. An increase to 28 in total with the change for the opening round has 11 in Senior. Racing a third class is IndyCar’s Santino Ferrucci. Joining him is fellow IndyCar and now IMSA driver Gabby Chaves, who has raced with Margay Ignite program at Daytona and Indianapolis. One of the top Ignite drivers, Evan Stamer, leads the rest of the field. A total of seven states are represented in that class, while nine are in the 17-driver Master field. Regular Ignite drivers Pete Vetter and Nick Todtenhaupt lead the list of contenders heading into the weekend. 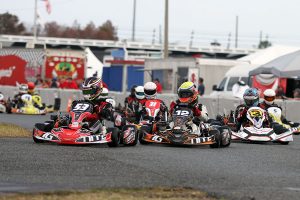 The Mini Swift category will see a new champion in 2020 with the graduation of Kai Sorensen from the Cadet ranks. This opens the door for others to step in and get the season started off with a victory or an early championship. Miguel Costa (Kart Republic) won at last year’s opener. Caleb Gafrarar (PSL / Birel ART) – now into his second Cadet season – was among the challengers last year. Parker DeLong is coming off two wins in his debut with Syntech aboard a Tony Kart. Homestead is the home track for Max Garcia (KSNA / Kart Republic), the 2018 SKUSA Pro Tour Micro Swift champion. Austin Jurs (Franklin / Merlin) had a solid performance at the SuperNationals to close out 2019 and Cooper Shipman (IRM / FA Kart) is among the more experienced in the field. Last year’s SKUSA Winter Series Micro Swift champion Matias Orjuela (Parolin) is among those moving up in 2020.