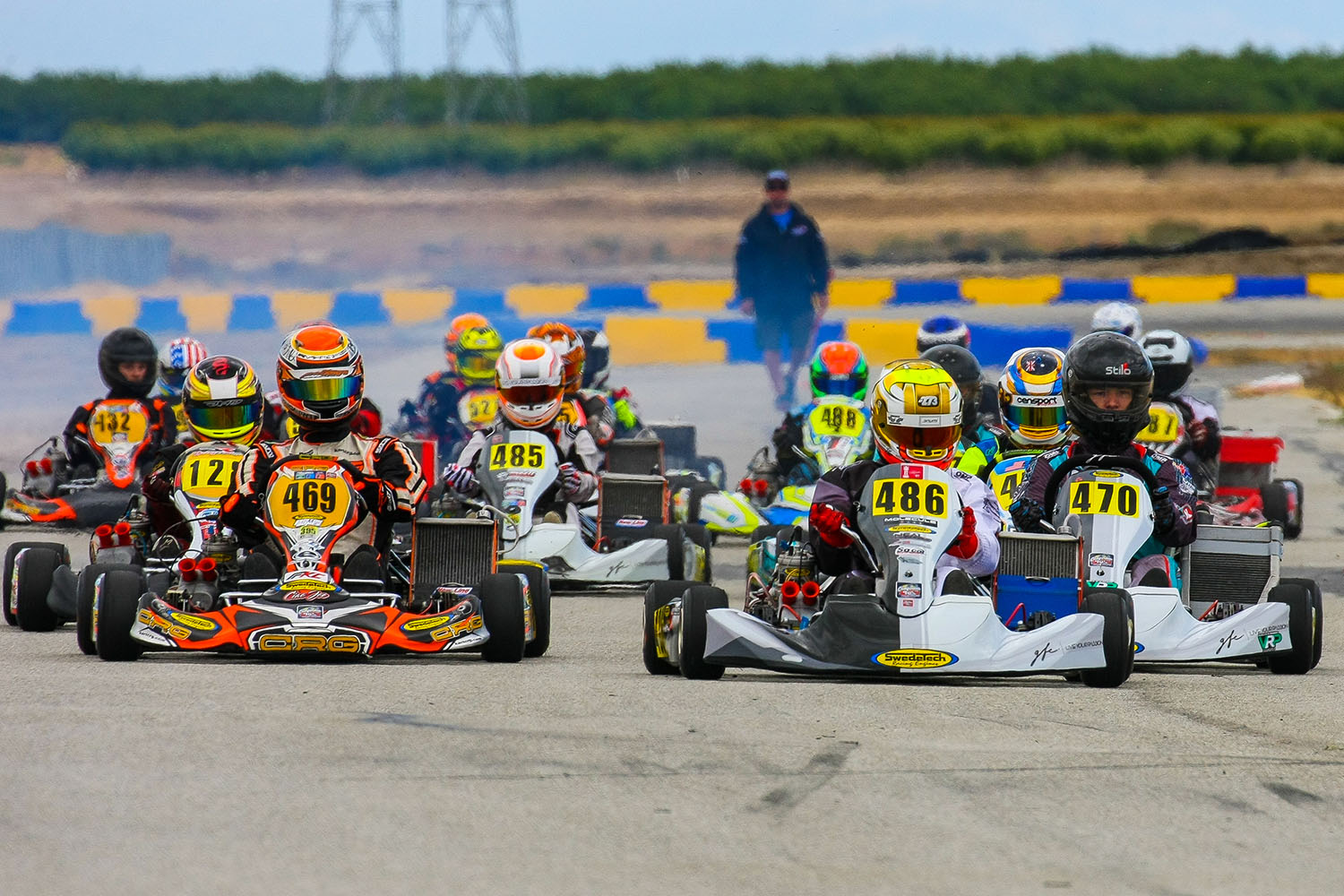 The California ROK Championship heads into the 2020 season with four events on the calendar (Photo: ChallengeKarting.com - Sean Buur)

The California ROK Championship, launched in 2019, has become an outlet for ROK Cup USA drivers to enjoy a regional traveling series within the ‘Golden State’. As numbers increase across the state and throughout North America under the ROK Cup USA banner, the 2020 California ROK Championship program is expecting growth for the new season. The rise in support is due to the new partnership between FTK Promotions and ROK Sonoma to form a four-round championship program in 2020.

FTK Promotions, owner and promoter of the California ROK Championship and Challenge of the Americas, has formed the partnership with the ROK Sonoma program that compete monthly at the Simraceway Performance Karting Center at the Sonoma Raceway in Sonoma, California. The ROK Sonoma program will host two events that will count toward the California ROK Championship, with two other events hosted by FTK Promotions to form the four-event schedule for 2020.

“The inaugural year of the CRC was moderately successful,” stated Andy Seesemann of the California ROK Championship. “It started a bit slow, but ended with a great event at CalSpeed at the end of the summer that included a partnership with Kalvin Chen’s FKC program. That event is what inspired me to change the format for 2020 and partner with ROK Sonoma. While other program’s strategy may be to control everything, I believe that solid partnerships are the best way to build the ROK program towards the future. ROK Sonoma is a great west coast program, and this partnership will pay great dividends for both programs.”

The season begins in May with the opening round held at the Buttonwillow Raceway Park. June takes the program up to Sonoma before traveling to the Santa Maria Kart Track in August. The series will conclude in September with the second trip to Sonoma. The FTK-hosted events remain a Saturday practice/qualifying with racing on Sunday. The two events with ROK Sonoma follow the format of Saturday practice and all racing sessions – including qualifying – on Sunday. Each round of the California ROK Championship includes qualifying, two heat races (or Pre-Main races), and a main event.

Seesemann continued, “We tried to avoid as many conflicts as we could, but there is not a free weekend in California between May 1 and October 1, with the exception of July 4 and Labor Day. We looked at who our core customers were and made the best choices that we could.”

The California ROK Championship categories will be similar to the 2019 for the new season, including the core ROK Cup USA divisions – Senior ROK, Shifter ROK, Shifter Master ROK, Master ROK, Junior ROK, Mini ROK, and Micro ROK. Three 100cc divisions that welcome both the ROK VLR and IAME KA100 powerplants – including a class for Senior, Junior and Master aged drivers – complete the 10-class roster. Championship prizes with the CRC includes tickets for all class champions to ROK the RIO in November 2020 at the Rio All-Suite Hotel & Casino in Las Vegas. Other prizes to be announced prior to the start of the season.

Rules concerning both Challenge of the Americas and California ROK Championship include the implementation of pushback bumpers for the 2020 season. Both programs will also remain on the VP C12 and Motul as the spec fuel and oil.

“While we haven’t seen the issues in our program that others face, the pushback bumper is here to stay,” added Seesemann. “Once again, for consistencies’ sake, both Challenge of the Americas and CRC will utilize the pushback bumper for all classes, except for the shifter classes starting at our first event in January. VP and Courtney Concepts/Motul have been great partners with us over the years and I feel no need to switch our fuel and oil program. Our engines perform great on this combination and we are pleased to remain consistent by continuing with our long term partners.”

For complete information regarding the California ROK Championship and to register for Challenge of the Americas opener in Tucson this January, visit challengekarting.com. More information, videos and photos can also be found on the Facebook and Instagram page.