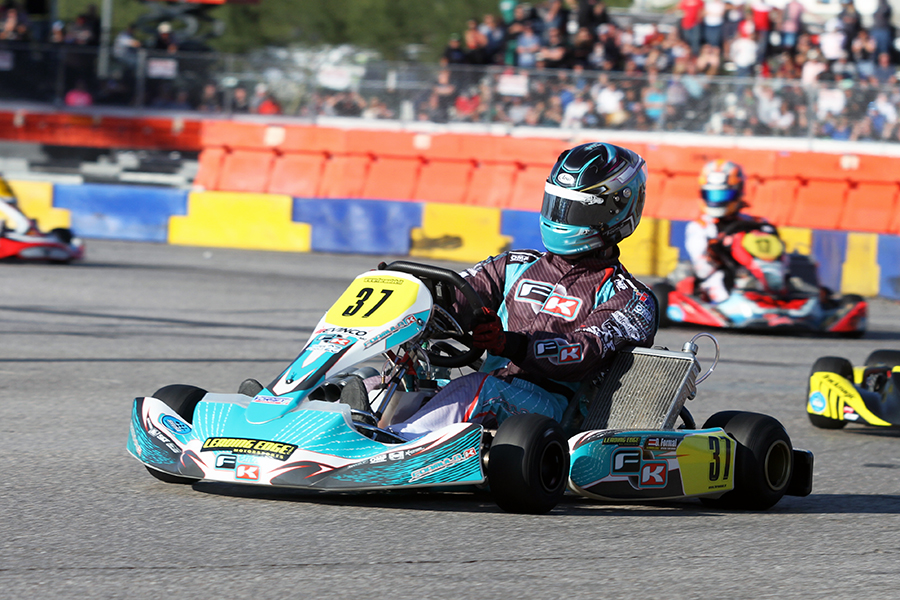 Different sports have unusual starting and ending points to a season. For karting, the general acceptance is the season begins in December and ends in November. The countdown to every November is a popular one, as at the end of the tunnel is the annual running of the Superkarts! USA SuperNationals. Added in 2018 was the ROK Cup USA ROK the RIO event, just weeks prior to the SuperNats. This has put two major events in the same month. This year it led to a busy few weeks in the EKN office and on the road with Trackside Live coverage for both programs. What stood out heading into the Thanksgiving week, was Danny Formal remains one of the top drivers in the sport.

The 24-year-old Formal spent most of his youth living in Florida, and grew up the karting ranks with great success. The Costa Rican native is the only driver to win at the US Rotax Grand Nationals five times, winning the DD2 division twice, along with a victory in Senior, Junior, and Mini Max – racing as part of Team USA for a number of years. The combination of Formal and DR Kart shined at the SuperNationals in 2015 and 2016, earning the S1 Pro victory both years and racking up $30,000 in cash. He moved to Intrepid in 2017, placing sixth with a fourth place result last year with Leading Edge Motorsport / Formula K. That race followed the inaugural ROK Cup USA ROK the RIO in 2018. Formal ran runner-up to eventual winner Mathias Ramirez that year. 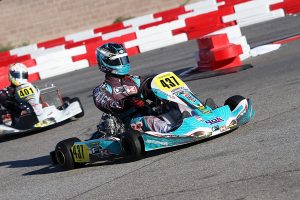 Formal remained with LEM / Formula K for the 2019 season, earning a victory at ROK Fest Biloxi after finishing second in the Florida Winter Tour championship. The driver he beat in Mississippi was Ramirez. The two matched up once again for the 2019 edition ROK the RIO in a battle that went down to the wire. Formal struck first, edging out Hunter Pickett by 93 thousandths of a second for quick time in qualifying as Ramirez was just a bit off in fourth. After winning the opening heat race, Formal only won Heat #3 after placing second and fourth. The fourth and final heat was a runner-up behind Ramirez, similar to Heat #2, with the exception of a starting infraction dropping him to fourth in the order. The results put Ramirez on the pole position for the main event with Formal on the outside.

The 25-lap main event was all Ramirez and Formal. The two pulled away early, thanks to a wreck on the opening circuit behind them that bunched up the field. Laps led were nearly identical through the race, with the two studying each others weaknesses and strengths throughout the distance to set up what we thought would be a run to the checkered flag. Ramirez led as the two reached the white flag, with Formal taking over the lead through turn two. Ramirez could not respond, and Formal was able to hold on through the final corners to reach the line first, earning his first ROK the RIO victory.

Momentum in hand, Formal and LEM looked to the SKUSA SuperNationals 23. This time, Formal stepped away from the Pro Shifter category and went all in on the KZ division to race against the world’s best. 2019 FIA Karting KZ World Champion Marijn Kremers and KZ2 World Cup winner Emilien Denner were among the favorites to battle for the victory, including Formal. Danny began the event qualifying in the fifth position, racking up results of fourth, sixth and seventh through the heat races. The speed was there, posting near fast lap times in each moto, but what lacked was race pace overall. With his results, it put Formal P5 on the grid for SuperSunday.

The KZ main event was 1:45pm local time, about the same time they began warm-up each day throughout the week. It was certainly different conditions from when they ran all the heat races. LEM and Formal seemed to have the right setup at the right time on SuperSunday. Formal had a great opening few corners, working around both Denner and last year’s fourth-place finisher Noah Milell to be third heading into turn four. The following lap, Formal worked by Ramirez, and set his sights on the world champion. Once there, Formal took the lead from Kremers for the first time, who had yet to relinquish the top spot throughout the week. Danny led two circuits before the world champ responded. Formal tucked back in line, and the two pulled away from the rest of the field late in the race.

Lap 20, Formal pulled the trigger and regained the lead. From there, Formal inched away from Kremers to claim his first KZ victory at the SuperNationals, and become the first Costa Rican to do so. The win gives him three in five years, and puts Formal in the three-win club at the SuperNationals that now includes 11 drivers. The $10,000 pay day put his cash total at more than $40,000 for his career in Las Vegas.

Winning on Sunday, helped to sell him on Monday as Formal signed on to join ANSA Motorsports full-time in 2020. Danny is set to be the lead driver for the newly-formed ANSA karting program – set for the Florida Winter Tour and SKUSA Winter Series programs – and will have opportunities to drive some of ANSA’s race cars, including the IMSA Prototype Challenge LMP3 and Lamborghini Huracan. I think the early lines on the SKUSA SuperNationals 24 have Formal as a favorite, no matter what category he competes in. 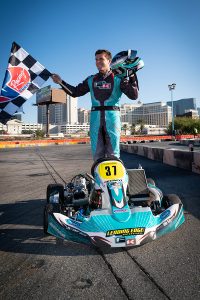 Chassis: Formula K
Engine/Engine Builder: ROK Shifter / Leading Edge Motorsports / Vortex
Sponsors: Leading Edge Motorsports, ANSA Motorsports
Series You Compete In: Florida Winter Tour, Superkarts! USA
Years Karting: 16
How did you get started in karting? My dad raced
What has been the high point in your racing career? I think the three SKUSA SuperNationals wins along with second at the 2018 Rotax Grand Finals and winning at this year’s ROK the RIO.
What are your goals in racing? Make a great living
In a few words, how would you describe your driving style? Aggressive and smart
Funniest moment at the race track? Making bets with my dad