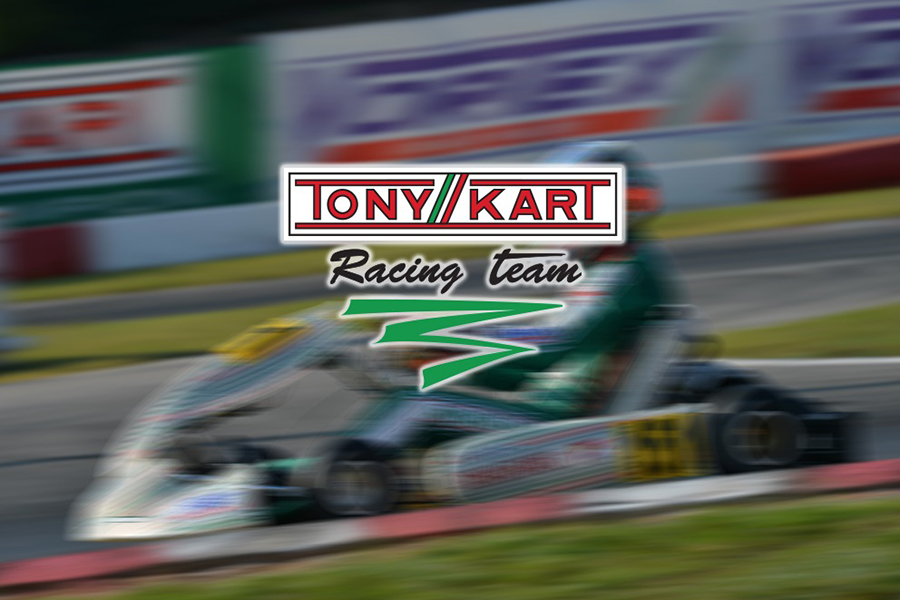 The tabulation is complete for the 2019 eKartingNews.com Constructors Championship final standings. A total of 36 events of racing from January to November counted toward calculation for the top performing chassis brands in United States competition. In events from coast to coast, a total of 42 chassis brands earned points at the international, national and regional races. For a ninth straight year, Tony Kart collected the highest point total to complete the season as the #1 in the EKN Constructors Championship.

Tony Kart scored points in 32 of the 36 events that counted toward the EKN Constructors Championship. Of those, the mean green earned the most points at 19 events. That led to Tony Kart earning the most points for the SKUSA Winter Series, Florida Winter Tour, Challenge of the Americas, SKUSA Pro Tour, United States Pro Kart Series, Stars & Stripes Rotax, ROK Cup USA, and SKUSA SuperNationals 23. The only program Tony Kart did not finish in the top-two was the WKA Manufacturers Cup Series.

OTK has four brands in the top-10, including a sweep of the top-three. Kosmic retained the second spot for the 2019 EKN Constructors Championship. The brand was top points earner at six events, finishing top-three in nine of the 11 programs included in the standings. Kosmic was #1 at the California ProKart Challenge – thanks in part to the Rolison Performance Group operation gaining success over the six rounds of racing, nearly doubling the next brand. FA Kart completed the OTK sweep of the podium, moving up from fourth last year. The brand only had one event with the top score (Rok Fest Amarillo), but finished third in two series – SKUSA Pro Tour and California ProKart Challenge. Tony Kart, Kosmic and FA Kart finished 1-2-3 in the standings and at the SKUSA SuperNationals to close out 2019.

The battle for fourth was year-long, and came to a close with Nitro Kart up 10 spots from last year to end up in the top-five. Expanding from the Cadet-only model to the full-size chassis helped gain extra points to elevate their status. Nitro Kart certainly was among the top Cadet brands throughout 2019. The bulk of their points came from the WKA Manufacturers Cup Series – where they earned the most points of all brands and scored the WKA Chassis Trophy for a second straight year with the most wins over the six-event program. A number of results saw a complete top-five sweep by Nitro Kart.

Completing the top-five once again is Kart Republic. Introduced in the USA at the end of 2017, the brand has gained worldwide reputation earning two FIA World Karting Championships. WKA Daytona KartWeek was the lone top score of the 2019 karting season, finishing second in the WKA standings and third in the USPKS portion of the EKN Constructors Championship. Add in the SKUSA Pro Tour and SuperNationals portion, and the KartSport North America operation did a great job putting the Kart Republic brand on the podium in 2019.

For both Nitro Kart and Kart Republic along with all the other brands, their totals would have been higher in 2019 if Micro level divisions counted toward the EKN Constructors Championship. For the 2020 season, all Micro classes will be included in the point calculations.

Beginning the second half of the top-10 is one of the historic brands in our sport. Birel ART fell three positions to end up sixth for 2019. They are the only brand inside the top-seven to not earn the high total at any event on the year. The red army earned top-three at many, finishing out the Florida Winter Tour, Texas ProKart Challenge and ROK Cup USA program third overall, thanks to PSL Karting and its Birel ART North America dealer network.

The fourth brand for OTK to land into the top-10 is Exprit. Up nine spots to seventh, a number of orange OTK frames were near the front of the fields this year. A third of their points came from the Texas ProKart Challenge, thanks to Crosslink Competition, where Exprit finished as the top brand for the series. Exprit was also the highest score at Streets of Lancaster Grand Prix and finished third in Challenge of the Americas. At the SuperNationals, Exprit was one of two brands inside the top-10 that were shut out of points.

CRG fell two spots down to seventh this season. Their lone top score came at the home of Ron White Racing, the finale for Challenge of the Americas. CRG was second in that program and third in the SKUSA Winter Series.

Making the largest jump from 2018 to 2019 was Croc Promotion, up 14 positions to ninth. Formerly the Mad-Croc, the chassis elevated its status this season under the Mad Old Nut Racing banner. Just off the shifter and X30 Senior results, Croc Promotion was fourth in the SKUSA Pro Tour. At the SuperNationals, it tied FA Kart for the third highest total, banking on the victory by Billy Musgrave and three drivers on the podium in Pro Shifter 2. Ending the top-10 is CompKart. It remains to be a growing brand both here in the USA and world-wide. 2019 was a historic season, with CompKart selected as one of the chassis partners at the Rotax Max Challenge Grand Finals. The highest position CompKart finished in a series was second in the Stars & Stripes Rotax program.

Overall, the EKN Constructors Championship highlights the success of brands, but also shows the numbers of brands in the market at the top level of our sport. The more chassis that are out on the track, the better percentage to earn points toward the EKN CC. The standings also highlight lower numbers at certain programs, with WKA, TPKC, and CPKC down from last year with smaller fields and classes not eligible to reach the minimum of 10 entries to be counted toward the EKN CC program.

Some other interesting notes, the KF Kart score only 20 points, thanks to one win at the SuperNationals by Aussie Kip Foster and finished in the 27th position, beating out 15 other brands in the final EKN CC standings. The highest finish for a brand not recording points last year was 28th by Haase. The top-three in series standings were filled up by the top-10 in the final EKN CC standings. The question heading into 2020, can Tony Kart make it 10 straight years on top?

1
Event that had zero classes eligible for EKN CC points

551
Margin from first to second