Norberg finishes third straight year on top, ahead of Jarsocrak and Brooks 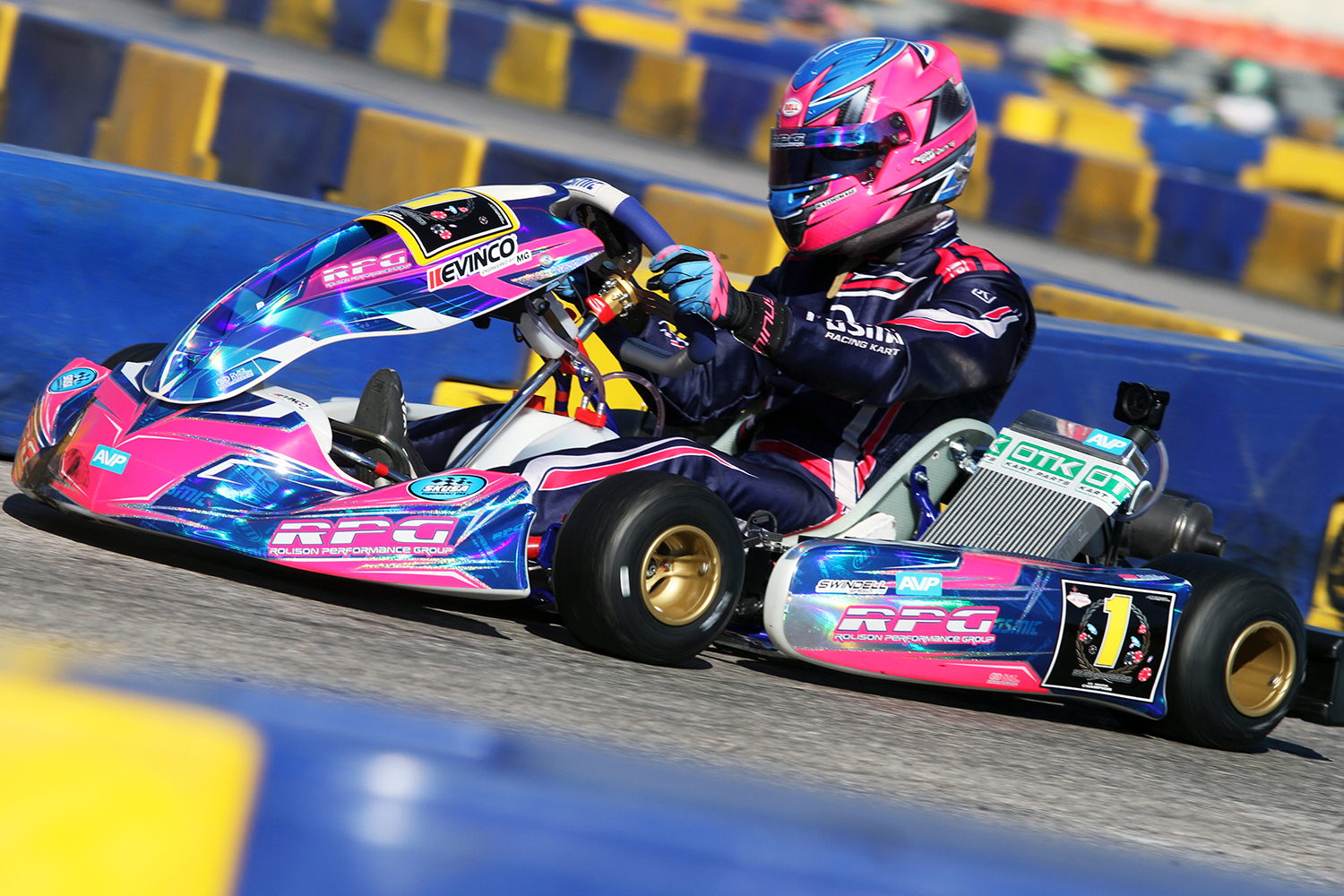 Ryan Norberg finishes in the top spot of the TaG Driver Rankings for a third straight year (Photo: EKN)

2019 marks the 13th season for the eKartingNews.com TaG Driver Rankings Powered by Bell Racing USA. What began in the pages of Shifter Kart Illustrated magazine moved over to the website, and continues to recognize the top ‘Touch and Go’ driver from each season. For the past three years, one driver has held the top spot after each season – reigning SKUSA Pro Tour champion Ryan Norberg.

For four straight years, Norberg has put himself up against the best in North America and from around the world. He has arranged 12 solid weekends over the course of four championship season to earn himself the X30 Senior title four straight years at the SKUSA Pro Tour. It is a mark of history for the program, and for the sport itself, with more on the horizon for the 21-year-old. It was nearly another historic week at the SuperNationals where Norberg made his fourth start, leading the way from qualifying until SuperSunday, vying for his first SuperNationals triumph. The Rolison Performance Group / Kosmic driver came under attack quickly, getting shuffled out of the top-10 but fought back valiantly to cross the line second at the checkered flag. A pushback bumper penalty took him off the podium but not the #1 spot in the EKN Driver Rankings, where he finishes as top dog for the third straight year.

The top-10 is filled with champions, including those from the 2019 season. Christian Brooks put in a stellar performance at the Florida Winter Tour to claim two of the three victories, dominating the point standings for the title. While Brooks did not take advantage of his ROK Cup Superfinal ticket to Italy, he spent the summer months racing in the F4 US Championship. Brooks finished the season with victory at the F1 US Grand Prix event in Texas, wrapping up third in the championship chase as top rookie for 2019. When not in the F4 car, Brooks kept busy with karting and racked up a solid resume for 2019 that included an opening round win at the WinterNationals. The Nash Motorsportz / FA Kart driver returned for his 10th straight SuperNationals, nearly coming away with victory and earning a second career podium result to move up to third in the final standings for the EKN Driver Rankings. More is on the horizon for the ‘California Kid’.

Dropping out of the top-three is Brooks’ teammate Trey Brown. The former Junior champion completed a solid 2019 season, likely his best as a Senior driver, finishing third in the SKUSA Pro Tour standings. His absence from the SuperNationals kept him from improving his score on the EKN Driver Rankings sheet, putting him fourth to close out 2019. Fifth thru seventh remain unchanged with Austin Garrison, Arthur Leist and Hannah Greenemeier. Garrison (CRG Nordam) did not have a stellar season as he hoped in X30 Senior competition, but did qualify for the main event at the FIA KZ World Karting Championship in Italy. The former WKA and SKUSA Pro Tour S2 champion was in the front half of the field at the SuperNationals with an opening lap wreck taking him out of contention. Brazilian Leist (PSL / Birel ART) was another in the top-20 come SuperSunday at the SuperNationals with opening lap issues taking him out of hunt and hurting his chances at improving the standings score. Greenemeier (RPG / Kosmic), the lone female in the top-50 of the EKN Driver Rankings, nearly broke into the top-10 at the SuperNationals but recorded a career best finish of 12th. Greenemeier had the best SKUSA Pro Tour end result, fifth in points with Leist 11th and Garrison 13th.

Before Jarsocrak, it was Jake Craig at the top of the EKN Driver Rankings in 2014. The former SKUSA Pro Tour champion and SuperNationals winner ran a limited schedule in 2019, competing in nine events that counted toward the EKN standings. His best finish at the SKUSA Pro Tour was runner-up on Sunday at the SpringNationals. Craig (RPM / Tony Kart) was among those competing in the lead group on SuperSunday at the SuperNationals, ending up ninth to finish eighth in the EKN Driver Rankings. Just behind him is the fourth former #1 inside the top-10, Brandon Lemke. The Franklin / Merlin driver was the only driver to stand on the podium in both KA100 and X30 Senior at the SuperNationals. His amazing comeback drive in KA100 will go down into the history books as an almost victory, with the pushback bumper dropping him to fifth. Later that day, he was in the mix throughout the X30 Senior main event, crossing the line 10th for his career best at the SuperNationals.

Completing the top-10 is KartSport North America / Kart Republic driver Alex Bertagnoli. The 2016 SKUSA Pro Tour Junior champion remains one of the top drivers in North America. A limited schedule for the Illinois driver saw four top-eight results at the USPKS and a best finish of fourth at the SummerNationals for his 2019 season. Falling out of the top-10 to end the season are Josh Green (MDR / Kosmic) – who finished the year as the Team USA Scholarship driver – and Colin Neal (RPG / Kosmic) dropping to 12th and 14th respectfully.

4 – Drivers inside the top-50 with only seven races (Boswell, Ramirez, Montoya, Hodgson)

86 – Point difference between first and second

661 – Point difference between first and 10th 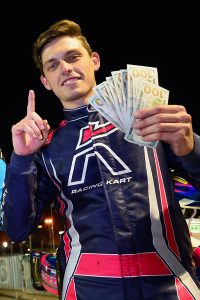 There really is not much more that we can say about Ryan Norberg that hasn’t been said. He’s a talented driver, that puts in a lot of time and effort to make sure his race program is at its best. The combination of Rolison Performance Group / Kosmic was phenomenal in 2019, with the ‘passing under yellow’ at the WinterNationals the only blemish on his fourth championship season at the SKUSA Pro Tour. Three wins and five podiums say it all in the best of five fight. Five could be the number for 2020, as he could have the opportunity for a fifth straight SKUSA crown, and maybe, just maybe, SKUSA will have to name a trophy after him. As of 2019, Ryan has won four of the 10 TaG Senior championship trophies. 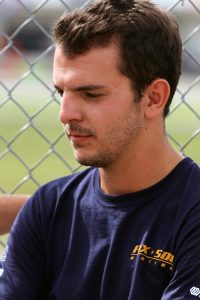 ‘Money’ Brandon Jarsocrak actually left Vegas with notes in his pocket. A $500 check for fifth place in the X30 Senior main event on SuperSunday went home. After five previous tries, the ‘Shillington Slingshot’ came away from the SuperNationals with some hardware and a podium finish. It wasn’t the victory the three-time United States Pro Kart Series champion was hoping for, but where he was in April, there is no doubt he believes it’s a success. The chemistry was not clicking like it had been between he and KartSport North America. The two parted ways and Jarsocrack returned back to where it all began – Mike Doty Racing. That led to a runner-up result at the SpringNationals and a third straight win at the SummerNationals to close out the season. While he came up short in Vegas and in the EKN Driver Rankings, it’s safe to say Jarsocrak is among the best over the last five seasons. 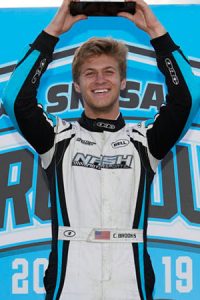 EKN’s Rob Howden put all his money in X30 Senior on Christian Brooks to win at the SuperNationals. The bold move on the final lap at last year’s SuperNats on now two-time FIA World Karting Champion Lorenzo Travisanutto and his 2019 season was the data he banked on. It nearly paid off as Brooks was among those fighting for the victory all week. The ‘California Kid’ came up just short in the main event, placing fourth in another epic 25-lap battle. 2019 may be that last year we see Brooks in a kart for the majority of the season. The 2019 Florida Winter Tour champion made an impression in his F4 US Championship program, placing third in the point standings and finishing as the top rookie for the season. A victory and weekend performance at the F1 US Grand Prix caught a lot of attention, it appears as if the skies the limit for Brooks moving into 2020.