Championship and race-winning team focused on success at SKUSA SuperNationals 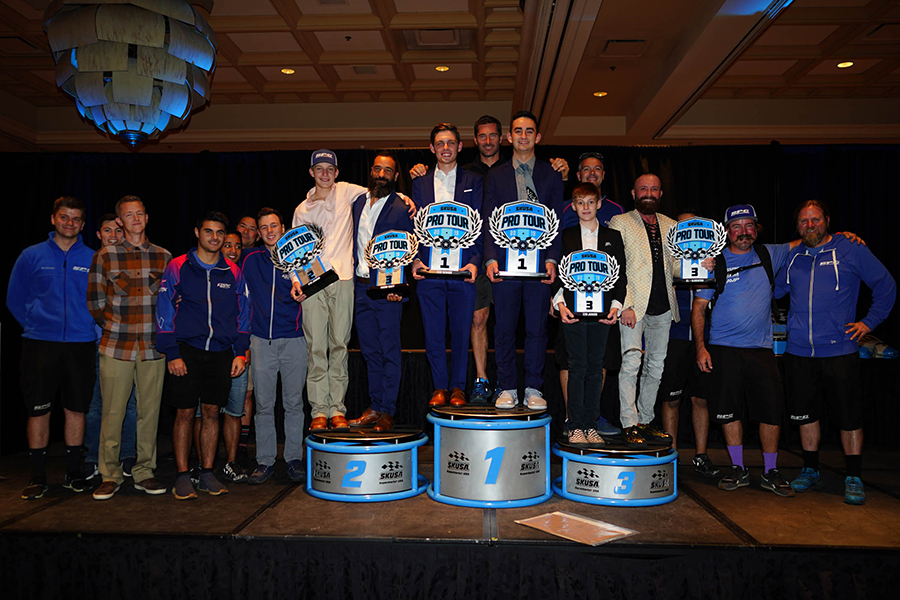 The Rolison Performance Group is preparing to close out the 2019 season in style this weekend at the annual Superkarts! USA SuperNationals in Las Vegas, yet they are also already working on the upcoming 2020 racing calendar. RPG has been on the road from the very beginning of 2019, covering nearly every inch of the United States to compete in multiple karting programs and major events, developing the racecraft of their drivers along the way. The month of November has been busy for the OTK USA-supported race team, competing in Las Vegas for the year-end finales for both ROK Cup USA and Superkarts! USA. Utilizing Tony Kart chassis in the gearbox classes and the Kosmic brand for the single-speed program, the Rolison Performance Group and its drivers are eyeing nothing but the podium this weekend.

The first event of the month took place on October 28-November 2 as ROK Cup USA held their ROK the RIO event outside the Rio All-Suite Hotel & Casino. RPG fielded a strong driver roster, coming off solid results at the ROK Fest event in Amarillo, Texas this past August. Recording the top results for Rolison Performance Group were Mike Beeny, Jacob Gulick and Scott Falcone. Beeny, racing with RPG in addition to support from MSquared Karting, delivered a stellar drive in the Shifter Master ROK class, moving up from eighth to record a runner-up finish. RPG driver Jacob Gulick was inside the top-10 all week, and ended up fighting for the victory in Senior ROK. At the checkered, Gulick was P3 to record the second RPG podium of the weekend. A third podium nearly came from Master ROK driver Scott Falcone. The multi-time champion found speed for the main event, and climbed up from 14th to eventually take the lead. Contact on the final circuit shut Falcone out of the podium, dropping him to fourth at the checkered flag.

“ROK the RIO was a great event for us,” stated team principal Mike Rolison. “The paddock was full and the competition in every category was tough. It was a great way to measure up how we have progressed since the early days of 2019. Our goal is to come back in 2020 with not only more podium finishes, but victories.”

As a full spectrum race team and driver development program, Rolison Performance Group is preparing to expand their in-house engine program with AVP. The last two seasons has witnessed the AVP IAME package winning numerous events and championships. Beginning in December, work starts on development for the ROK Cup USA engine platform as Rolison will be expanding the team’s platform to target the national ROK races and series.

This week, the 23rd edition of the Superkarts! USA SuperNationals is being contested outside the Rio All-Suite Hotel & Casino from November 20-24. A total of 31 drivers are slated to compete under the Rolison Performance Group banner in nine categories, all running their ultra-competitive OTK karts. Winning on SuperSunday at the SuperNationals would put their name, and RPG, in the history books as the team won the X30 Senior division last year, qualifying all eight of their drivers into the main event.

“The SKUSA SuperNationals is the grand-daddy of them all and it’s what we work so hard for all year,” Rolison added.  All the practice, coaching and testing culminates in a focused effort to finish off the season on the highest of notes.  Over the course of a year, we’re thrilled to see our drivers develop and with the SuperNationals and the center point, we get to see how much they’ve developed and improved their racecraft.  As always, our goal is to get all our drivers into the main events on SuperSunday and then take as many podium positions as we can!”

The year-end Championship Ceremony for the 2019 SKUSA Pro Tour was held on Tuesday, November 19 prior to the on-track sessions for the SuperNationals. During the evening ceremony held inside the Rio, six Rolison Performance Group drivers were honored for their top-three finishes in the series championship. X30 Senior driver Ryan Norberg and Kyle Wick in Pro Shifter claimed the SKUSA #1 plate and championship trophy. X30 Junior drivers Branyon Tiner and Josh Pierson finished the year in second and third, while Justin Peck ended the season third in the G1 standings. Graham Trammell capped the RPG honorees for his strong season in Micro Swift, which ended with a third place finish in the championship standings. Five of the six will carry their prestigious SKUSA national number plate this weekend at the SuperNationals.

“It has been an extremely successful 2019 season for RPG in Superkarts! USA competition,” continued Rolison. “I’m super proud of the work our drivers did to reach the championship podium and all those under the tent for reaching their goals on the season. A special thank you to all the mechanics, coaches and families who have made the 2019 so special.”

Following the SKUSA SuperNationals 23, the Rolison Performance Group begins preparation for the 2020 racing season. The SKUSA Winter Series, Florida Winter Tour and other events during the winter months are on the schedule. For information on Arrive and Drive packages under the Rolison Performance Group or to learn more about their driver programs for the 2020 season, visit www.rolisonperformancegroup.com or contact Mike Rolison at 503-260-4514.