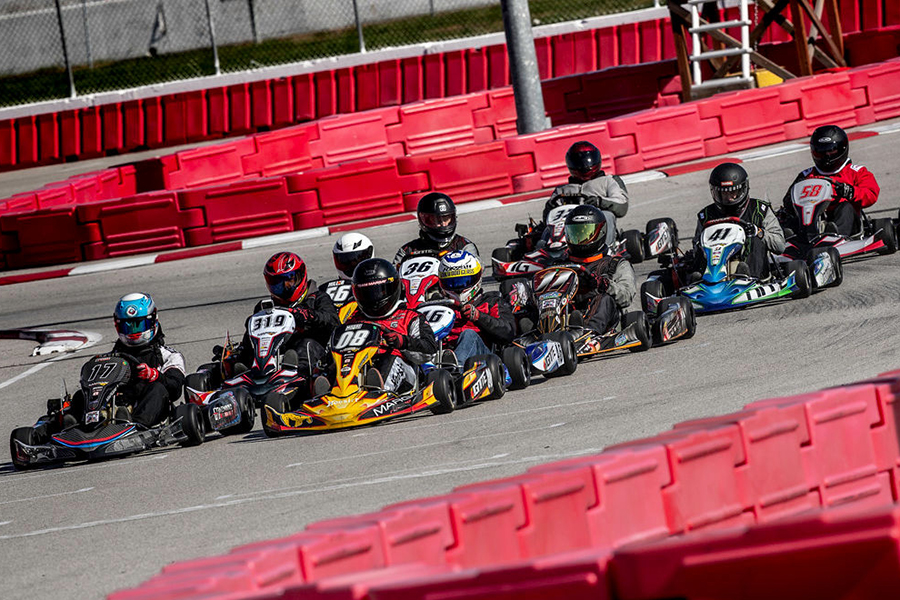 The 11th and championship deciding round of the Gateway Kartplex Ignite Series season concluded on Saturday, November 2. Drivers were faced with cold, slick and challenging track conditions with a reduced format eliminating the pre-final. With only one shot to get up front, qualifying meant everything for the drivers. 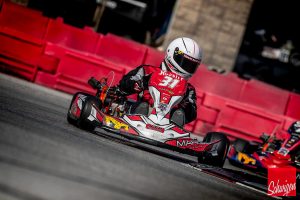 Recent Ignite Junior graduate and CKNA standout, Trevor Eggemeyer, set the pole for the final Ignite Senior feature of the year. Impressive after coming off two consecutive injuries, the most recent at the CKNA Grand Nationals. On the start, Hunter Richardson was able to get the jump and never look back. Eggemeyer and Bobby Krug would be hot on his tail all race but in the end of the 15-lap feature, they would finish in that order respectively. Hunter’s second place finish would be more than enough to claim his first ever Ignite Senior championship.

With the already clinched Ignite Junior champion, Reid Sweeney, and second place standout Trevor Eggemeyer not present, it left the door wide open for the rest of the field to fight for their first win of the year. Jaiden Beckman was able to take her first pole of the season over second place Rachel Fasching. In the feature, Beckman would drive to a dominating win by 14 seconds over Fasching and Ethan Wickenhauser. 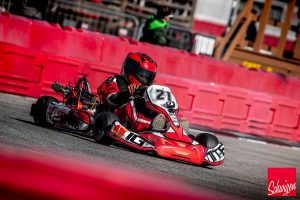 Within Ignite Rookie, it was winner-takes-all between Lane Mayer and Isaac Wells. Wells would continue his epic comeback in the season’s second half by putting his kart on top with a dominating pole-position by 0.3 seconds. Wells would continue his late-season perseverance by knocking out fast laps one after another. Mayer would do everything he could to fight back but Wells’ consistency prevented him from doing so. An epic championship battle between the two “Fast Cats” ended with Wells on top with Mayer just behind. Owen Elders would complete the podium and take third in the points championship.

Points leader, Brandin Moore, would continue his dominance by claiming the pole for the final race of the season. Championship rival, James Newbold, put down a lap good enough to start on the outside-front-row. In the feature, Newbold would take the early lead. It would be back and forth between Newbold and Moore in the middle stages of the race. On the tenth lap, Moore reclaimed the lead and took the eventual victory and Ignite Masters championship. Newbold and Micah Floretta completed the podium. 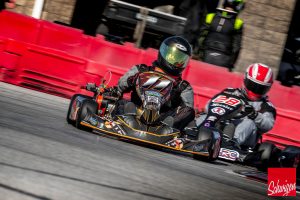 One of the fastest growing class of the year by far has been Ignite Heavy. In qualifying, Craig Loddeke was able to capture another pole, only 0.04 seconds over second place John Newlon. In the feature, Newlon would make a pass for the top spot on lap 2 but it was quickly reclaimed by Loddeke on the following lap. Loddeke would hang on and take the victory and championship with John Newlon and Blake Galloway completing the podium.

After already claiming the 2019 championship, Gus Mayer would take the weekend off. Ryan Bateman would put down a flyer, taking the pole by over two seconds over second place Andrew Hrbacek. In the feature, Bateman would take his first win of the year by a dominating 13 seconds over Arthur Ionin and Hrbacek.