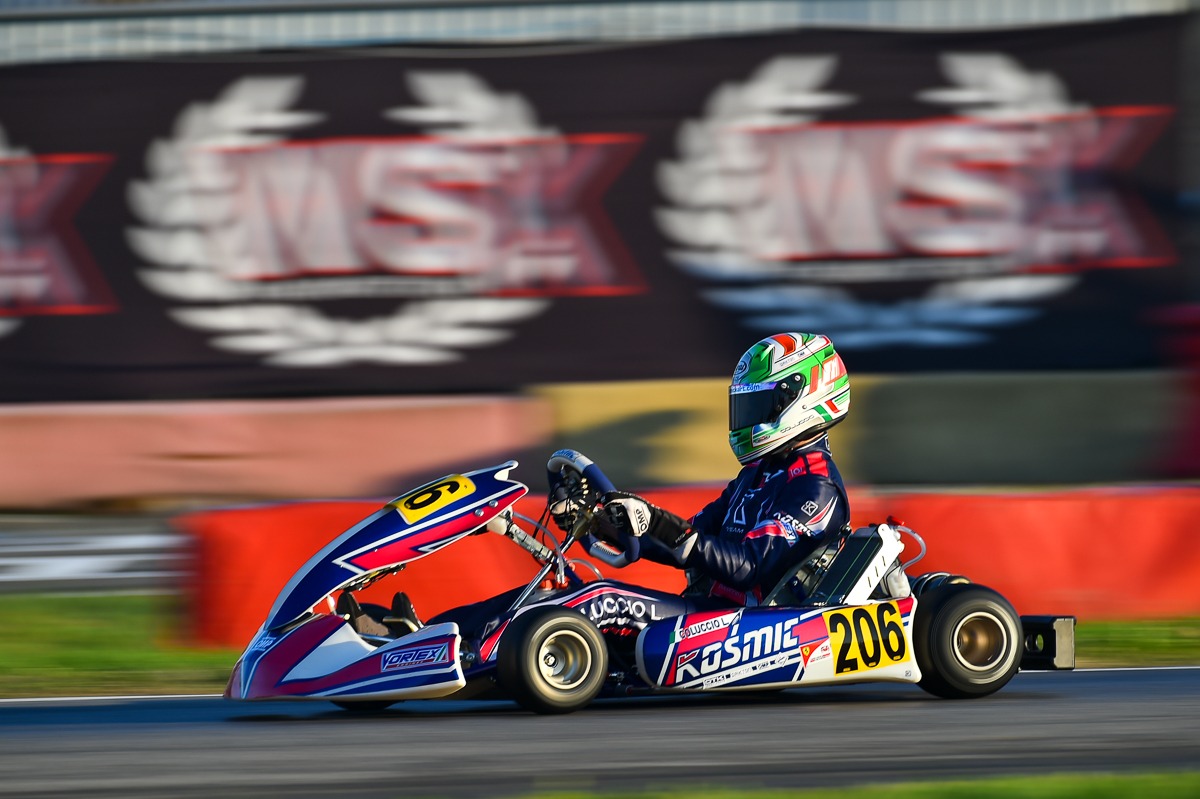 On the 7 Laghi Circuit, the drivers of the Kosmic Kart Racing Department go on with their progression started in Lonato, by getting excellent results on a difficult wet track.

After the great results obtained two weeks ago in Lonato, the Kosmic Kart Racing Department is the author of a great performance also on the last round of the WSK Open Cup raced this weekend. Despite the uncertain weather complicating the races staged on the 7 Laghi Circuit in Castelletto di Branduzzo, our drivers manage to exploit the Kosmic Mecury R – Vortexduo at their best, staying in the first positions and proving to always be very competitive.

In OKJ, the weekend of Alexander Gubenko starts in the best way thanks to the third place obtained in the qualifying. Alexander manages to realize what he gained so far also in the heats, where he obtains a fifth and two fourth places, and in prefinal, where he ends fourth. Unfortunately, the final reveals to be more complicated than expected also due to a penalty during the last stage of the race, when Alexander loses further positions.

Another penalty is damaging the final result of Karol Pasiewcz too, who from the start of the weekend has to fight to recover after fairly good qualifying heats. Karol is however very good at recover positions in the heats, especially in prefinal, where he overtakes seven opponents, gaining the access to the decisive race.

Our newcomer Miron Pingasov is the author of a promising debut, but unluckily, he has to deal with a withdrawal in final, right when he was gaining positions.

Luigi Coluccio carries out a great performance in OK. From the very beginning, our standard bearer manages to express all his potential fighting for the first positions, and, in the heats, he gets a third and a second place allowing him to start from the fifth position in prefinal. Here, he ends the race sixth. In the Final, Luigi proves once again his high level without ever losing contact with the first and climbing to the third position. At the end, after an intense fight and after getting the best lap, he will be sixth, repeating his result in prefinal.

After the WSK Open Cup, the Kosmic Kart Racing Department is now getting ready for the last race meeting: the WSK Final Cup taking place next weekend on the Adria Karting Raceway for the 60 Mini, OKJ, OK and KZ2 categories.