One driver to leave Vegas with first class win and $10,000 in hand 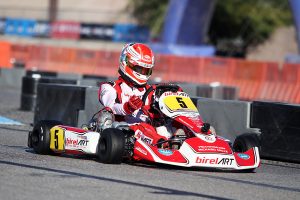 International racing has been a part of the SuperNationals since the very beginning. From the get go, Superkarts! USA based their headline division around the modified moto engine with brands like Honda, Yamaha, Suzuki and Kawasaki, while also offering up an ‘open’ class that allowed the international Formula C shifterkart package that was utilized around the world. Over the first three years, Canadian Michael Valiante grabbed the victory before the class was dropped from the organization’s program. The category, now in the ICC form, returned when the SuperNationals moved to the Rio in 2002, with then Valiante protégé David Jurca earning his first Vegas victory. The ICC division became the headline class of the 2003 edition of the SuperNationals. That event was marked by Wesley Boswell earning his breakthrough victory at the Rio. From that point, ICC grabbed the international attention and it was not until 2007 that the first non-North American driver earned victory – Tony Kart factory driver Marco Ardigo. The $10,000 prize for winning at the SuperNationals was an attractive carrot laid out to bring in the best from around the world, and it exactly did that. A solid list of world champions and international stars have added their names to the list of SuperNationals winners, including American superstar Gary Carlton, in what has transitioned into the KZ class.

The 2018 edition of the SuperNationals in KZ was highlighted by an exciting and unique finish. Dutch driver Marjin Kremers appeared to be the driver to beat, setting fast time in qualifying before winning two of the three heat races. In the main on SuperSunday, Kremers grabbed the holeshot in his PSL / Birel ART machine and established a solid lead until a red flag came out with 10 laps remaining after another driver made hard impact with the barriers. The lead was eliminated and the field took full advantage on the restart. Italian Leonardo Lorandi then grabbed the lead and eventually stole the $10,000 payday as Kremers was unable to respond. Lorandi has been busy in 2019 racing in the Formula Renault Eurocup and will not in Vegas for a chance to become only the third driver to repeat in KZ. 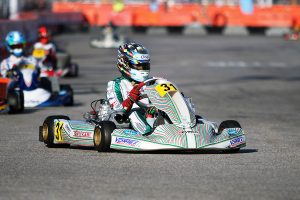 This year will be one of redemption for Kremers, as he returns to the SuperNationals to claim the win that got away one year ago. He is on a mission as of late, earning the FIA Karting KZ World Championship, and he just became the inaugural FEED Racing France scholarship winner to compete in the British F4 Championship in 2020. But first, he’ll return to Las Vegas to take care of some unfinished business in KZ.

Two other podium finishers from 2019 are returning for more as well. Noah Milell (RPG / Tony Kart) won the opening heat race in 2018 to break up Kremers’ perfect score going into SuperSunday. He too came under attack after the restart as German Maximilian Paul (DRT / DR Kart) stole the third spot from Milell. It was Paul’s second start at the SuperNationals, with the 2019 edition making him one of the more experienced international drivers in the field.

While the numbers are lower than last year, there are still nine countries represented in 2019. One of the countries is France, which claimed two SuperNationals victories at the hands of Anthony Abbasse in 2011 and 2013. While Abbasse continues to be among the top drivers in the world, he will not be competing in Las Vegas. The heir apparent in the Sodikart tent is 2019 KZ2 World Cup victor Emilien Denner. The Frenchman, who beat out 126 drivers at South Garda in September for his world crown, was scheduled to compete last year in Vegas, but did not make the trek to the USA. Denner is the South Garda Winter Cup winner, he won at the last KZ2 round of the European Championship, and was the Trofeo Andrea Margutti KZ2 winner. 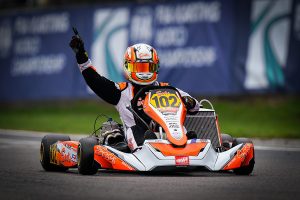 The top driver from the United States a year ago was Florida’s Mathias Ramirez. It was last year that Gary Carlton launched his race team and chassis brand – GFC. The 2016 SKUSA S2 SuperNationals winner claimed victory at the ROK the RIO and earned the third starting spot in the KZ main event. A mechanical issue put him on the sidelines on the opening circuit after starting third. To help celebrate the one-year anniversary of GFC, Carlton and a host of others are set to be in attendance in Las Vegas to celebrate SKUSA Hall of Fame member Fausto Vitello. The establishment of a ‘Trackmagic Owners Group’ on Facebook brought together a large group of ex-Trackmagic drivers for a fun track day late in the summer and this led to something special. Announced last month, a limited number of new Trackmagic karts have been manufactured to celebrate the past history of the iconic brand, and Ramirez will carry the yellow and black colors as the lone Trackmagic kart at the SKUSA SuperNationals.

Adding to the USA roster with KZ experience are Rory van der Steur and Andrew Bujdoso. The two have raced the last few years at the F-Series program in the Northeast. Rory finished 10th last year in his KZ debut at the SuperNationals after two years in S2. Bujdoso was a SKUSA Pro Tour championship leader in the Pro Shifter division at one point this year, having earned two victories in the six rounds to end up third in the title chase. This marks Andrew’s first time racing in KZ, and also marks the debut of the Magik kart. Both drivers will be under the Checkered Motorsports tent, competing aboard the new chassis. 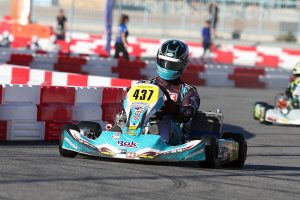 Although not on the entry list, but confirmed by EKN to be competing at the SuperNationals, is Costa Rican Danny Formal (LEM / Formula K). The two-time S1 SuperNationals winner is making his third start in the KZ category, his first coming in 2016 with his best finish of sixth place coming that year. Formal has a total of five podium finishes dating back to 2011 in S1 and TaG Senior.

9 – KZ rookies at the SuperNationals