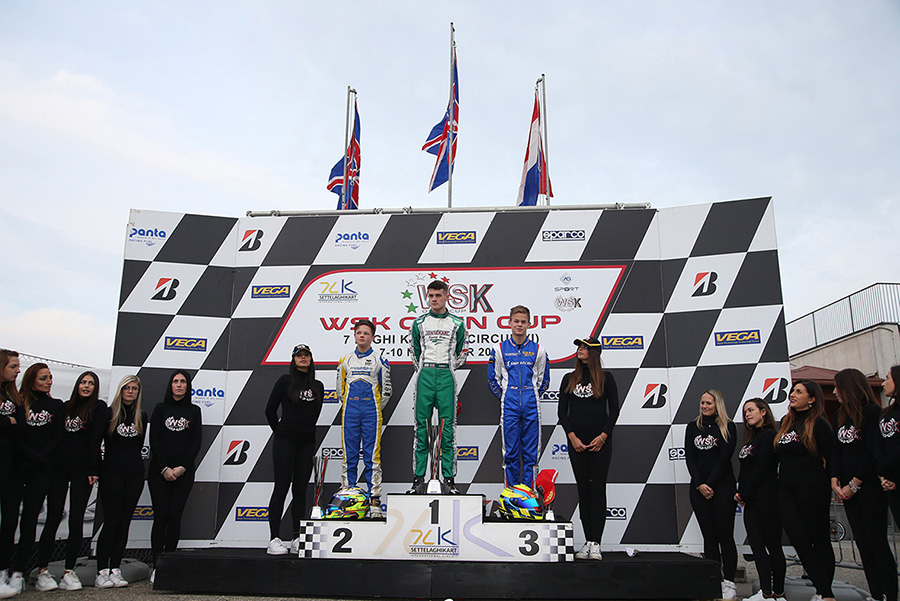 The grand finale of WSK Open Cup in Casteletto di Branduzzo (PV) has seen drivers keeping an eye on the dashboard and the other on classifications as this was the second and closing round of the series organized by WSK Promotion. The drivers were competing for the victory in OK, OK Junior and 60 Mini and the hunt for a prestigious race victory had to take into account also strategies to hit the big target in the final classifications. The excitement has been high and has been followed also far from the racetrack thanks to the live streaming available at the official website of WSK and the live Facebook coverage. The season is not over for the young talents emerged in Castelletto and their rivals though, as they will still have one more chance to bounce back: the closer of the season will get underway in fact this coming weekend. The WSK Final Cup will, in fact, take place next weekend at the Adria Karting Raceway, from 14th to 17th November. 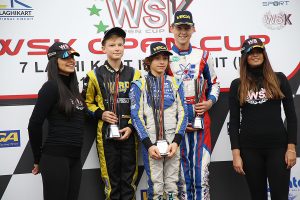 The classification of WSK Open Cup in OK had to be updated lap after lap, when the Brit Joseph Turney (Tony Kart-Vortex-Bridgestone), who was leading the Final, was hoping to be on top of the final classification too. His fellow-countryman Taylor Barnard (KR-Iame) had the upper hand in the final classification though. He did not put in a great start from the pole position and this put his classification lead in jeopardy, but he eventually managed to recover several places later on installing himself behind Turney. An intense battle was engaged between the two which was decided only at the flag (in the photo above), when Turney managed to pip his rival. Despite being second in the race, Barnard held on to the final victory of the WSK Open Cup. The Russian Kirill Smal (Tony Kart-Vortex) tried to slide in the fight for the victory and ended with a great P3 at the flag, which also earned him the third place of the final classification.

Andrea Antonelli (KR-Iame-Vega) experienced some tough moments in OKJ when a hiccup made him lose some positions in the intermediate classification. The Italian managed to bounce back though, but then he lost some ground at the start of the Final. The American  Ugo Ugochuckwu (FA Kart-Vortex) also lost the initial lead after a contact. Antonelli managed to make up some places again ending behind the French Marcus Amand (KR-Iame), who was eventually handed a penalty for causing a contact. The victory was therefore inherited by Antonelli, who also got the lead of the final classification. Artem Severiukhin (Tony Kart-Vortex) ended the race in 2nd place leading Dutch Robert De Haan (Energy-TM). 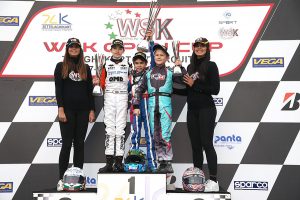 The Russian Dmitry Matveev (Energy-TM-Vega) and the Bulgarian Nikola Tsolov (Parolin-TM) kept challenging each other in 60 Mini and were the main protagonists of the weekend in Castelletto. The two exchanged the lead until the closing lap of the Final, when Matveev managed to stay on top after successfully completing yet another overtaking move. Tsolov was second at the flag, but he led the WSK Open Cup final classification. Both drivers put in a splendid performance though in a weekend where some other drivers came to the fore, like the Russian Gerasim Skulanov (IPK-TM), who was third at the flag.