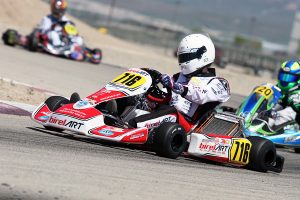 One spot on the checklist for the four-time SKUSA champion Jordon Musser remains void – the SuperNationals (Photo: EKN)

Shifterkart racing for Master-aged drivers has been part of the SuperNationals dating back to the 2000 edition when the G1 category provided a place for those competing with modified moto powerplants at the X-Plex facility, which was located south of the Las Vegas Strip. In 2006, outside Sam Boyd Stadium, the Stock Moto version of the category was introduced. Then, in 2016, a Super Master division for S4 became the third different class for the elder drivers of the sport. 2019 marks the debut of the IAME SSE engine into the SuperNationals, and the class name G1 returns to the event for the first time since 2011. The G2 category for drivers 45-years-of-age and older is replacing the S4 Super Master division, also utilizing the 175cc powerplant.

The first full season of the IAME SSE engine package in competition under the SKUSA banner has been about exposure and growth. The transition from the Stock Moto powerplant to the 175cc monster has been received with mixed reviews by competitors. Those who have made the move are in love with the power and torque that the new engine provides.

Now a record holder, four-time SKUSA Pro Tour champion Jordon Musser (PSL / Birel ART) did not skip a beat in the transition to the SSE. The Texan went undefeated at the SKUSA Winter Series program and won the first five main events on the SKUSA Pro Tour to clinch the national title. The four-time Rotax national champion has a solid karting resume, yet one thing remains void – a SuperNationals victory. His best result in the Master category at the SuperNationals was a S4 runner-up in 2013, but he has placed on the podium in each race for the last three years. 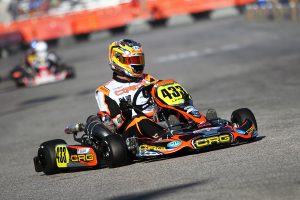 It’s been 14 years since John Crow tasted the champagne from a victory at the SuperNationals. It was 2005 in the TaG Master class when the 2018 SKUSA Pro Tour S4 Super Master champion won in Las Vegas. This year, Crow (MRC / Croc Promotion) won the G1 series finale after some penalties were handed out and finished second in the SKUSA Pro Tour standings. He’s been on the podium the last three years, third in Super Master for 2016 and 2017 while placing fifth last year in the combined class.

The winner last year at the SuperNationals was able to finally get that big victory after a decade of trying. Rob Logan (Nash / CRG) put in a near perfect event, driving wire-to-wire on SuperSunday to secure that elusive triumph. Logan did not compete on the SKUSA Pro Tour this season, making just three starts at the California ProKart Challenge that included one win and two runner-up results against Crow, but he will be back to defend his SuperNats crown.

The driver with the most SuperNationals victories in the G1 field is three-time winner Bonnier Moulton. As the only driver to compete in all 22 previous editions of the SuperNationals, Moulton is tossing around the idea that this may be his last. Moulton (MSquared / Tony Kart) last stood on the top of the podium in 2012 in S4, placing second in Super Master in 2017 while recording a DNF last year after running inside the top-10. 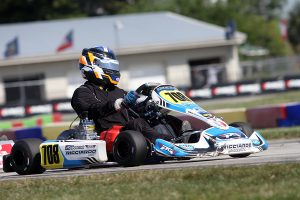 Matt Hamilton may be the favorite going into the SuperNationals. The Kiwi won the S4 division in his first start at the SuperNationals back in 2013. He placed on the podium through 2015-2017 and placed third in the Pro Shifter category a year ago. Hamilton (Aluminos) has not yet competed here in the USA with the new IAME 175 powerplant, which will make the SuperNats his first outing.

Completing the list of former winners scheduled to compete is Ryan Kinnear. Not yet on the entry list, Kinnear reached out to EKN to inform us that he will indeed be competing at the SuperNationals. Kinnear (PGR / Ricciardo) is riding the high of a sweeping victory at the ROK the RIO. The 2017 SuperNats victor finished on the podium the last three years, and made just one SKUSA Pro Tour start at the SummerNationals, fighting lap after lap with Musser. 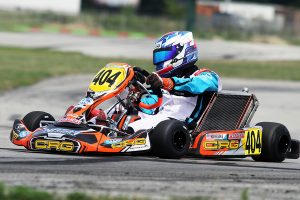 In the same race group will be the debut of the G2 division, utilizing the IAME SSE 175 engine. The Super Master category has five drivers to battle for the inaugural victory at the SuperNationals. Nathan Stewart (PSL / Birel ART) leads the charge, as the Kiwi placed sixth in last year’s combined class. SKUSA Pro Tour champion Brett Harrelson (Nash / CRG) is gearing up to close out the season with another victory after winning five of the six main events on the year. SKUSA #2 plate holder Ken Schilling (Aluminos), former SuperNats podium finisher Patrick O’Neill (RWR / CRG), and Carl Lewis (MRC / Croc Promotion) round out the field.

1 – Number of three-time SuperNationals winners in the field

5 – Previous SuperNationals winners in the field