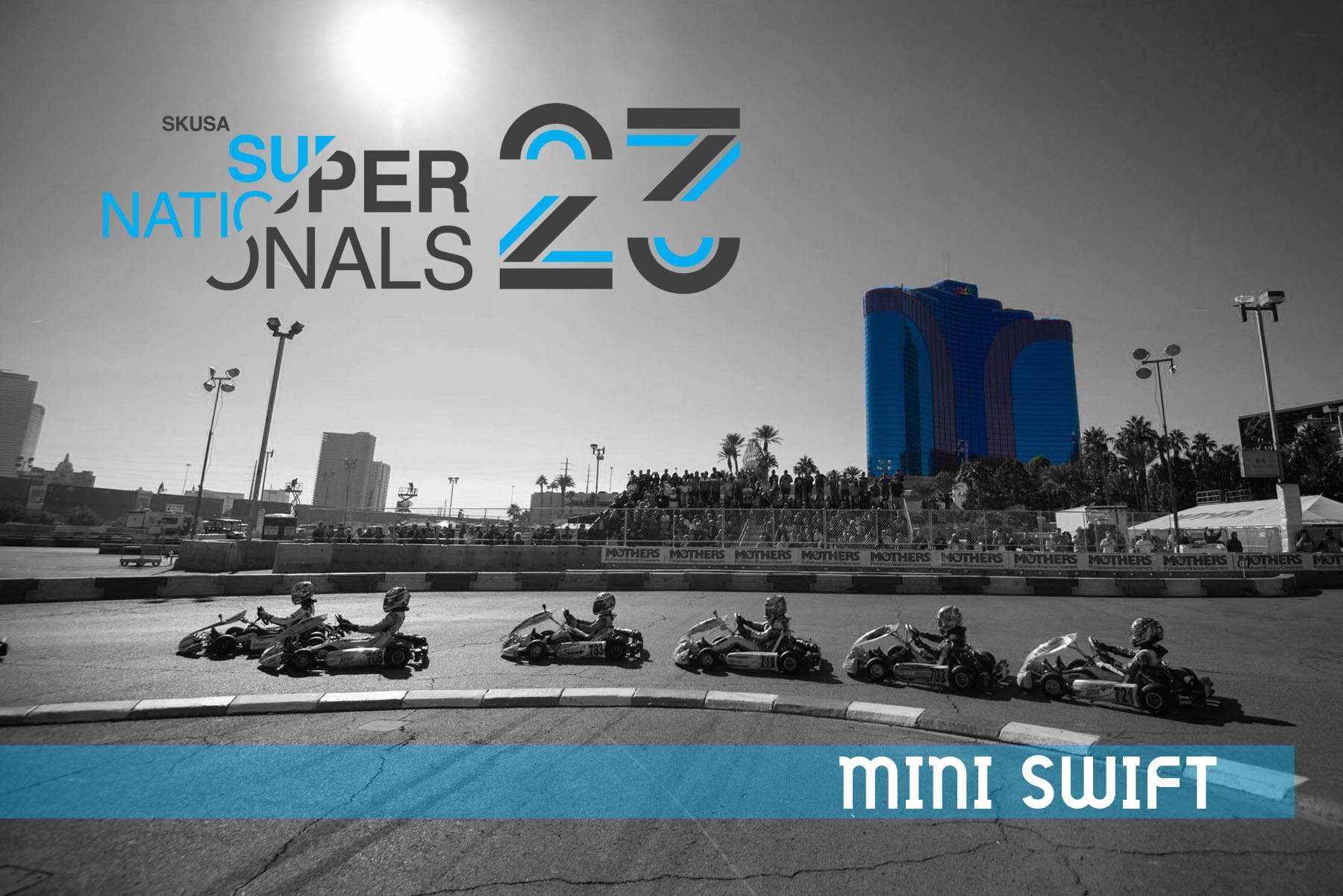 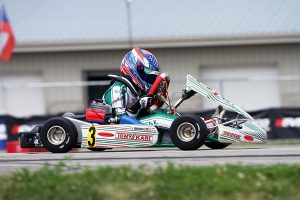 It was nine years ago that a young Patricio O’Ward crossed the finish line to claim the first-ever TaG Cadet victory at the SKUSA SuperNationals, held that year outside the Rio as it is again in 2019. Fast forward to today, and the two-time SuperNats winner has become the face of the Arrow McLaren SP team on the 2020 NTT IndyCar Series. In 2011, Florida native Logan Sargeant drove to his first of two SuperNationals victories, and then later became the first USA driver to win the Junior world karting championship in 2015. All the previous nine winners have propelled their careers in karting into the many levels of motorsports, spring-boarding off victory at the SuperNationals. This year’s Mini Swift field is no different, with a herd of young drivers hungry and eager to climb the ranks in racing.

Leading the way with unparalleled experience and a resume that makes him the top contender is 2019 SKUSA Pro Tour champion Kai Sorensen (Supertune / Tony Kart). The Californian is completing his third season in the Mini category, and is eyeing the SuperNats title. Sorensen was the inaugural Micro Swift Pro Tour champion in 2016, and has since been battling in the Mini ranks. 2019 has been a tremendous season for Kai, winning the Florida Winter Tour title, SKUSA Pro Tour crown, and most recently, the ROK the RIO main event last weekend. 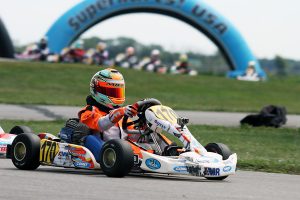 USPKS champion Christian Miles is coming off a P4 at the IAME International Final (Photo: EKN)

Among his top rivals all year is United States Pro Kart Series champion Christian Miles (KSNA / Kart Republic). The USPKS title is the one crown that Sorensen missed out on in 2019, as Miles outlasted him over the six-round program. Miles ran second to Sorensen in the SKUSA Pro Tour standings, giving the Illinois driver the SKUSA #2 plate for the weekend. Miles represented the USPKS and Team USA well at the IAME International Final, placing fourth in his overseas debut.

Racing alongside Sorensen with Supertune / Tony Kart, Florida driver Anderson Leonard emerged as a rising star in 2019. Leonard recorded four podium results on the SKUSA Pro Tour, including victory at the finale, to finish third in the championship standings. Last year, the top three from the SKUSA Pro Tour standings all finished inside the top-10 in Las Vegas, including Sorensen with a P5 on the podium as the top returning driver. Miles was 28th last year, while Leonard will be making his SuperNats debut. 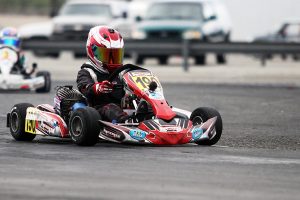 All five drivers to win during the 2019 SKUSA Pro Tour are in the field, including two-time winner Sebastian Ng (Photo: EKN)

Many of the same drivers these competitors lined up against during the SKUSA Pro Tour will be on the grid in Vegas. Two-time SKUSA Pro Tour winner Sebastian Ng will be part of the Nitro Kart contingent, looking to defend Brent Crews’ victory from one year ago. Completing the five drivers who won on 2019 SKUSA Pro Tour is Enzo Deligny (Supertune / Tony Kart). The Challenge of the Americas champion won in Utah, and finished fifth in the Pro Tour standings.

All three of the former Micro Swift champions are in the field this year. Including Sorensen (2016), 2017 title winner Elliot Cox (CRG Nordam) and 2018 champ Max Garcia (KSNA / Kart Republic) will be doing battle. Cox has not yet had the success he did in the Micro category, and is now completing his second season in Mini. Elliot placed 26th in last year’s main event. Garcia is coming off an up-and-down trip to the IAME International Final, having won his ticket at the Sunshine State Karting Championship. The Florida driver was top qualifier, however, he did not come away with a strong finish in tricky weather conditions. 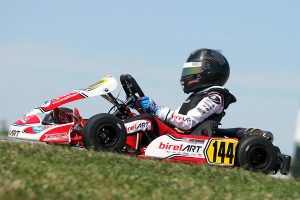 Caleb Gafrarar is among the top Micro graduates in the field for 2019 (Photo: EKN)

Garcia was on the podium in Micro last year, with three of his fellow podium finishers moving up to Mini this year. Ben Maier (Nitro Kart), Cameron Brinkman (Franklin / Merlin) and Caleb Gafrarar (PSL / Birel ART) finished 1st, 2nd, and 5th in 2018 while Garcia placed third. Gafrarar finished the highest of the rookies on the SKUSA Pro Tour, placing ninth in the standings and he is coming off a runner-up to Sorensen at the ROK the RIO event. Maier was vice-champion at the WKA Manufacturers Cup Series while Brinkman scored the title at the Route 66 Sprint Series. Another regional champion to watch is Jesus Vasquez Jr., who is the 2019 California ProKart Challenge and LAKC champion, winning a total of 10 races between the two programs.

The number of countries represented in the field this year is at double digits with 10 nations. A total of four drivers from outside the USA have won in the category – Italians Leonardo Marseglia (2013) and Giuseppe Fusco (2014), Brit Jonny Edgar (2015) and Canadian Thomas Nepveu (2016). British driver Vinnie Phillips (Fusion / Benik) knows what it’s like to win at the SuperNationals, scoring the victory in Micro in 2017. Fellow Brit Brandon Carr (Benik) is the top returning international driver, placing ninth a year ago. Kristian Janev (Benik) is helping to carry the flag for Australia, making his Mini debut after a P7 in Micro last year. Colombian Santiago Garzon (AM / Exprit) drove to fourth last week at the ROK the RIO, and is set for his first SuperNationals.

2 – Former SuperNationals winners in the field (both in Micro)

10 – Countries represented in the field

28 – Drivers who raced at SuperNationals 22