EKN’s Paddock Insider is part of our Trackside coverage, bringing you notes, updates and breaking news as it happens. The article will feature notes from trackside at the 2019 ROK Cup USA ROK the RIO, which is being held this week at the Rio All-Suite Hotel & Casino in Las Vegas, NV.  This is insider info will not be seen anywhere else. Please feel free to comment and discuss our coverage and today’s action in the EKN Global Members Discussion area below. 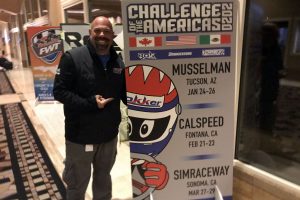 Andy Seesemann and the COTA crew are gearing up for 2020 (Photo: EKN)

That is the thought as we look into next season. The Challenge of the Americas will be entering its 13th season, third under the ROK Cup USA banner. 2019 saw an increase in numbers from 2018, and growth of the Vortex Rok powerplant across the west coast could signal another year of increasing numbers. Promoter Andy Seesemann is very excited about the upcoming season that begins in just over two months from now. Part of the growth is due in part to the Shifter ROK package, as over 50 drivers competed in one of the three rounds last year. The numbers here in Vegas signals the opportunity for even more competing for a COTA title in 2020, not just in shifter but across the board. That lucrative Rok Cup Superfinal ticket to the champions in Senior, Junior, Master, Shifter Senior, Shifter Master, and Mini is sure to bring more numbers as well with the international event becoming a ‘bucket list’ type event.

ROK versus IAME in 100cc Divisions 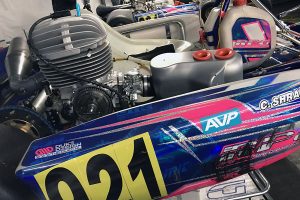 The three 100cc TaG divisions are a mix category. The class includes both the Vortex VLR engine and the IAME KA100 powerplant. Here is a breakdown of the numbers.

The majority of the fast drivers in the Senior category are on IAME while it is a mix in Masters. The combination has been in place all season long, including the Florida Winter Tour, Challenge of the Americas and ROK Fest. As we see in Briggs competition, it really does depend on the driver/chassis combination to determine the quick drivers. Replacing an engine is typically not gaining drivers three tenths or more. We will see if this trend continues for the ROK Cup USA-sanctioned events heading into 2020. 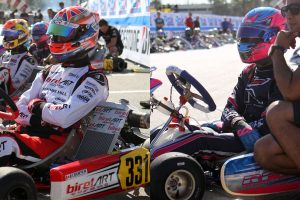 Ben Cooper and Ryan Norberg going head-to-head this week in new positions from a year ago. (Photo: EKN)

A year ago, Ryan Norberg was earning his ticket to the Mazda Road to Indy USF2000 Scholarship Shootout, racing under the PSL Karting tent aboard a Birel ART. Down the pit lane, international champion Ben Cooper was making a return to the driver’s seat under the Rolison Performance Group tent. At the start of 2019, Norberg moved to RPG and earned a fourth national title and remains in the top spot of the EKN Driver Rankings. His addition to the RPG stable maintained their status as one of the top teams Cooper returned back to Canada and remains one of the top coaches in the sport, with the British-native signed on to compete with PSL this month. Add in shifterkart driver Jake French, PSL established itself with the elite. Cooper and Norberg are among the top contenders in Senior, and based on the results to this point, could be the two deciding who is the ROK the RIO champion for 2019. 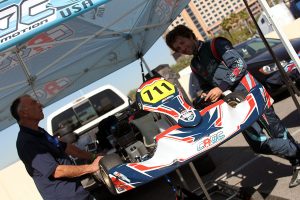 Billy Musgrave is working on the prototype for the Croc Promotion USA 100cc model (Photo: EKN)

This is an odd week at the track for one of the top ranked shifterkart drivers Billy Musgrave. The MRC/Croc Promotion USA driver is down 100cc from what he is accustom to each race weekend. Rather than doing the double duty of 175cc shifterkart and 125cc TaG racing, he’s piloting the prototype chassis for the 100cc TaG category. Musgrave has two race weekends under his belt competing in the division and working on chassis development. The 28mm frame he has this weekend with the KA100 powerplant is working well, with Musgrave up towards the front. An extra side note, he’s doing it old school – racing under an EZ-up out the back of a pick-up track – showing it’s not how the kart gets there, but what the driver does with it.