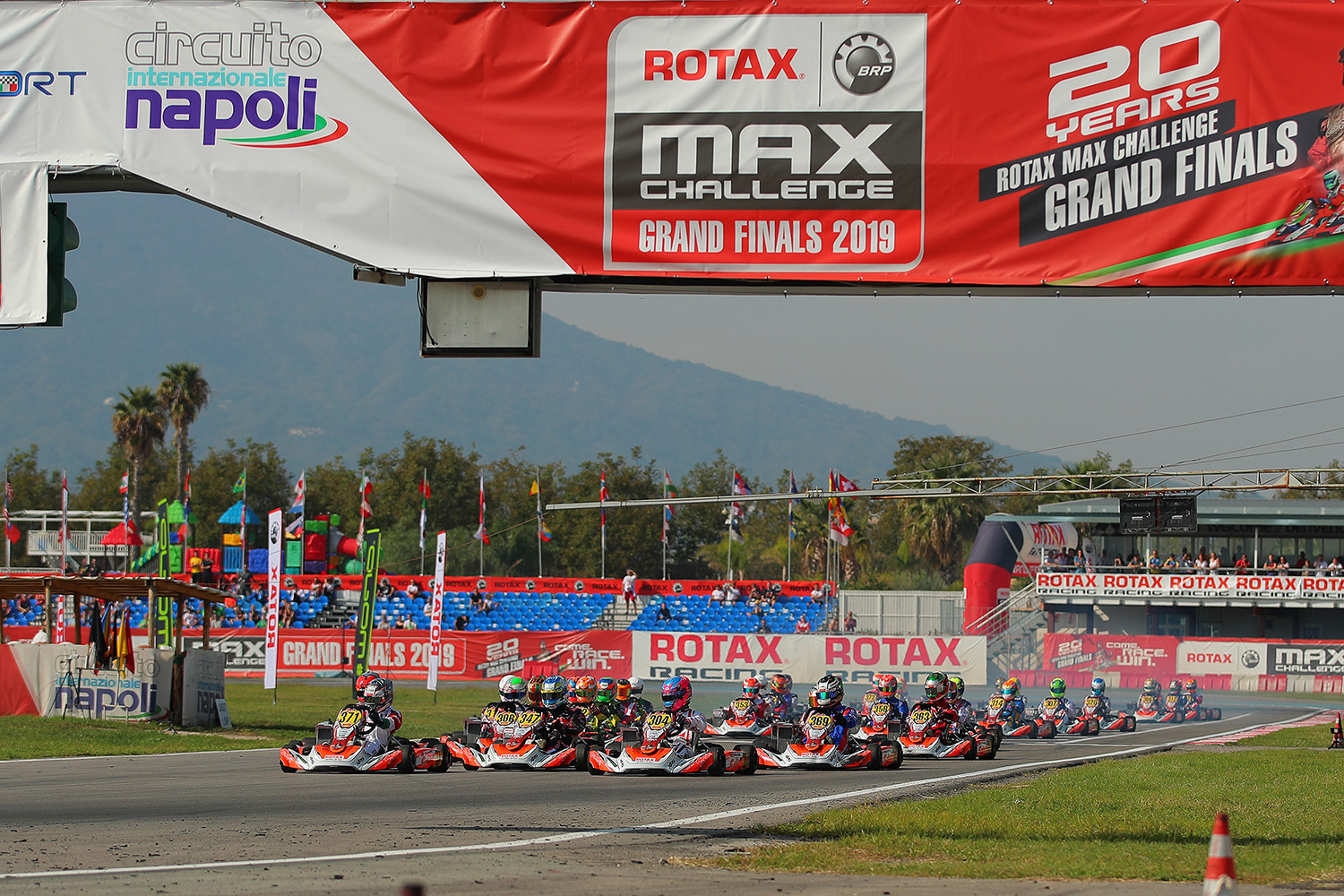 Heat races were completed at the 2019 Rotax Max Challenge Grand Finals on Thursday. Act 2 of the show takes place tomorrow at the Circuito Internazionale Napoli in Sarno, Italy with the 360 drivers from nearly 60 countries re-shuffled. Results from the three rounds of racing – two for Mini and Micro – reorder the six categories for and grids for the Prefinals on Friday. Points from those races will take the show into the final act, the main events where only the top-36 drivers will compete. Thus far, four-time SKUSA Pro Tour champion and EKN Driver Rankings powered by Bell Racing #1 Ryan Norberg is the one of the 14 drivers making up Team USA at the ‘Olympics of Karting’ to win a heat race. Drivers in nearly all categories have a chance still to battle for podium positions as we move to Championship Saturday. 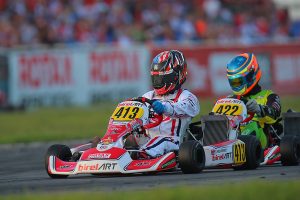 Starting mid-pack in a field of 36 drivers from around the world, something is sure to happen. Hewitt was involved in a turn two scuffle at the start of his opening heat on the day that bent his axle. In a DD2, that can be horrific as there is no chain with the axle slotted through the engine itself. Max powered on and finished the race as best he could. Once replacing the axle, he maintained the starting spot in Heat #3. It was crucial as he now sits at the border of making the main event, needing to gain a few spots to help ensure he will have a position for the Final on Saturday. 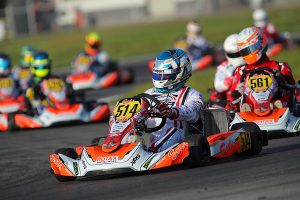 It was an up and down day for the Masters crew. Wang was able to his second heat in the 14th spot, but suffered a pushback bumper penalty. He made up for it with a stellar drive and staying out of trouble in Heat #3 to advance himself up nine spots and into the top-15 from where he qualified overall. Nathan Mauel was advancing his way forward all day as well, gaining five spots in Heat #2 and was briefly into the top-10 in Heat #3 until getting shuffled back. After the race his position fell even more with pushback bumper penalty. He is on the borderline for heat points, and needs to stay out of trouble and not lose positions in the Prefinal. Shutt improved slightly each heat race, but is sitting seven spots away from making the main event. Moving forward in the Prefinal is the only shot he has to racing on Saturday. 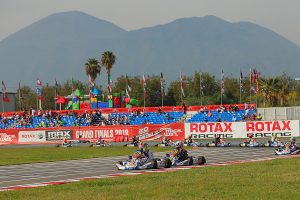 Two of the three Team USA drivers are currently ‘in’ the Final for Saturday. Mars has emerged as lead finisher from today’s heat races, placing inside the top-six in both to position himself in the top-10 overall. Zilisch suffered a bad Heat #2 with contact dropping him from 12th to 24th on the final circuit, plus a pushback bumper penalty. Heat #3 was Zilisch’s chance to regain some of that momentum, and did with a stellar drive to fourth. Another pushback bumper penalty hampered the results, dropping him out of the top-10. He now sits just inside the top-36 heading into Friday. Pierson has been trying to overcome the engine issues in qualifying and did so in Heat #2, advancing 15 spots in 10 laps. Heat #3 he ran as high as 22nd, but fell back and suffered a pushback bumper penalty. He is six positions away from transferring to the main event. 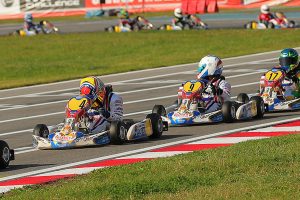 For the pair of Micro drivers, one went forward, while the other went backwards. Maier started the Heat #2 on the front row and was involved in some contact early on. He was able to maintain a top-15 finish. Brickley held his ground in the heat race, and that has rewarded him with a Row 2 starting spot in the Prefinal. Maier is coming from Row 13, with 8 laps to move forward to earn a better starting position for the Final. 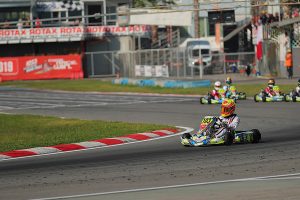 Neither of the Mini drivers for Team USA were able to improve on their overall positions after the two heat races. Weinberg suffered a pushback bumper penalty that added to his result in Heat #2 while McPherson-Wiman broke into the top-30 for the first time. 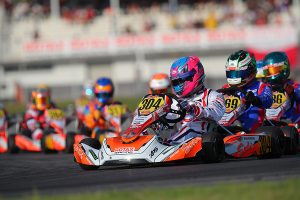 The lone heat race victory for Team USA comes from Ryan Norberg. With a stellar Heat #2, Norberg came away with the win to solidify himself as a contender. He was in the hunt for a win in Heat #3, coming away with another top-five finish. Keeping with the starting on the outside of the front row, that is where Norberg begins his Prefinal. The only blemish thus far for Jace Denmark-Gessel was Heat #3. After holding his position in the Heat #2, JDG was running as high as eighth until he was shuffled back 10 spots. He still improves his overall position to inside the top-20 heading into the Prefinals. The chance for Travis Wiley to transfer into the main event is slim. Two DNFs today means he would have to drive up to a Prefinal win for any chance at salvaging a Final start, and has not shown that type of pace all week.